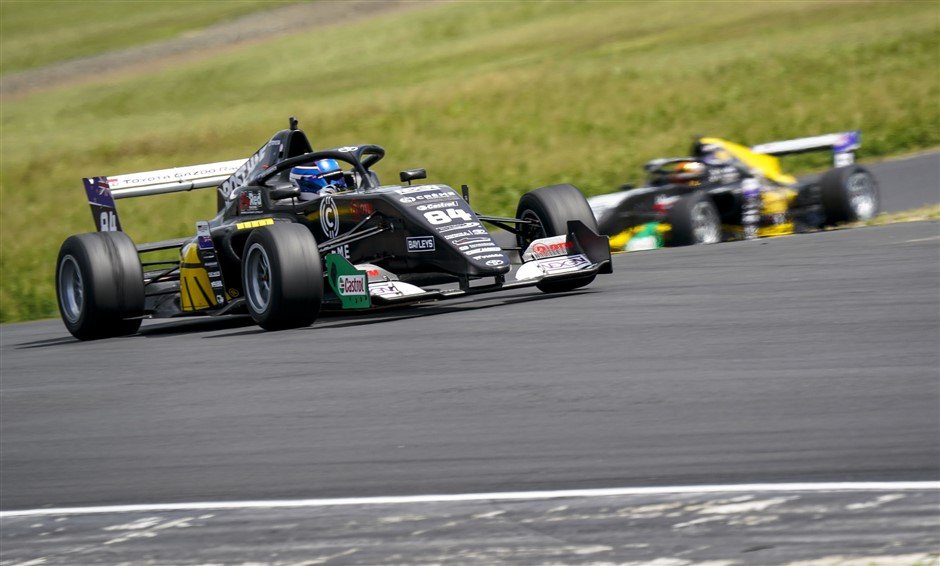 After the drama and excitement of the Grand Prix weekend and the one-off appearances by the sport’s domestic superstars, it’s the young guns who will now become the focus of attention as the Castrol Toyota Racing Series heads into its second weekend.

With the modest grid made up of Kiwi racers, but including all of the rookie racers who did so well at the Grand Prix, series organisers will switch the emphasis to helping the young guns in the field develop their skills as much as possible from the remaining six races in the championship.

As is normal, all data will be shared across the drivers, but under a unique structure for this season, all engineering and driver support will be delivered directly by TOYOTA GAZOO Racing New Zealand with the work of the TGRNZ Young Driver Academy becoming paramount.

‘We will still have a Castrol Toyota Racing Series champion but we will have a focus on helping each become New Zealand’s next world champion,” said Category Manager Nico Caillol.

“In a normal year we would have a small number of young Kiwi racers in the full international field. This year we have more Kiwi young guns than normal, but with the pandemic preventing us from running an international series that’s all we have for the remaining races. So for us at TOYOTA GAZOO Racing New Zealand, we will aim to ensure every driver takes the most possible from every session and every race.

“These young drivers showed immense talent last weekend against world class opposition. You only have to look at Matthew Payne’s form and Kaleb Ngatoa’s amazing pole position lap. So now we will focus on helping all of them becoming the next Scott Dixon or Brendon Hartley.  It says a lot about the talent and resilience of young New Zealand drivers that we have more this year than last.”

As well as the eye-catching form of Payne and Ngatoa, four other young drivers excelled in the Grand Prix meeting. Peter Vodanovich was unlucky to stop in the Grand Prix having mixed it with the best on the grid. The reigning Best Bars Toyota 86 champ was in his first weekend in single seaters having cut his teeth in domestic saloon car racing.

Former Formula 4 China champion Conrad Clark also quickly found his rhythm and speed and had it not been for a spin in the GP qualifying, pole position and a top five result was definitely a possibility. Formula Ford champion Billy Frazer was another to impress, his weekend including some superb racing with eventual winner Shane van Gisbergen. And although he had not done TRS for eight years, Chris Vlok impressed everyone in the pit lane as he kept out of trouble, built up speed in every session and finished the Grand Prix strongly with lap times right on the pace of the leaders.

With Marcus Armstrong becoming the 19th graduate of the series to test or race a Formula One car earlier this week and Liam Lawson all set for a busy year with campaigns in F2 and DTM for Red Bull, Caillol says the current crop have all the potential to do just as well.

“This small group will provide excellent racing,” added Caillol. “There’s an old motorsport saying that it only takes two to make a race and I think that despite the small group of cars, fans can look forward to some very close action as these young stars of the future learn more and more. Maybe we will even see some of the closest racing we have seen, it is such a talented group.”

This weekend will see the cars race twice at the TOYOTA GAZOO Racing Festival, an event where Toyota enthusiasts from all over the country gather every year to show off their cars.

With the Best Bars Toyota 86 Championship and Castrol TRS also on the bill for the enthusiasts, they’ll have the rare opportunity to see the country’s best young racers in single seaters and saloons battling it out.