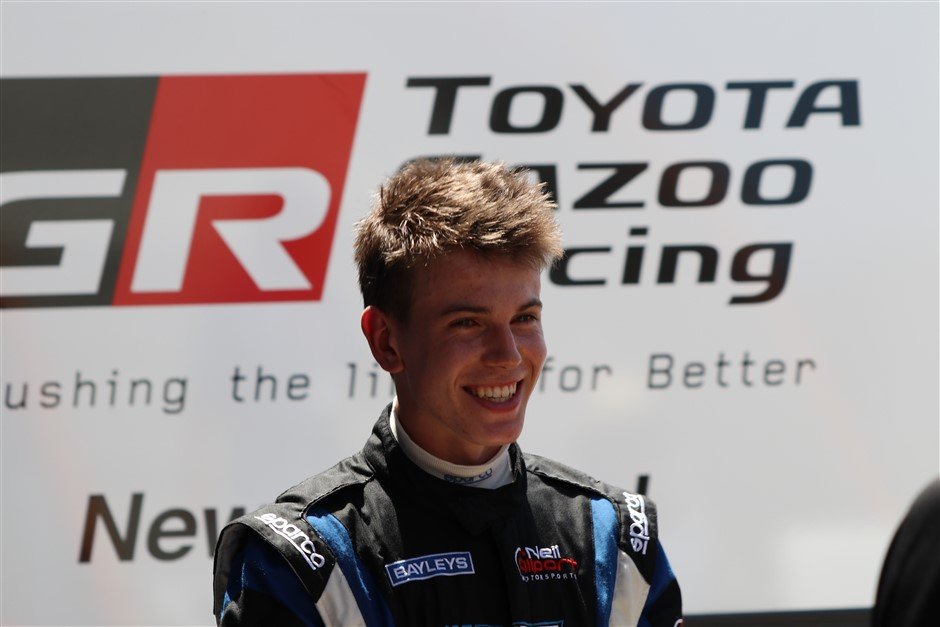 Pukekohe racer and King’s College Auckland student Billy Frazer is the latest driver confirmed for the 2021 Castrol Toyota Racing Series.  The up and coming racer is aiming to continue an impressive record of motorsport success as he steps up to New Zealand’s premier single seater championship.

Though still only 17 Frazer, a graduate of the 2018 New Zealand Elite Motorsport Academy, has plenty of experience and success to bring to his first campaign in a high level, high performance single seater formulae.

The 2020 NZ Formula Ford Champion, Billy started his motorsport journey in 2012 racing karts. He progressed through domestic junior karting classes, the highlight being representing New Zealand in the Rok Cup finals in Milan, Italy, before jumping into single seaters for the first time in 2016 to drive in Formula First.  Billy took third in the National Formula First Championship in 2018-2019.

Since completing his successful season in Formula Ford and in between final school exams, Frazer has been preparing for the TRS campaign. He has been testing in a Toyota FT50 and driven the current generation FT60 car.  He has also taken the opportunity to keep his race form sharp by competing in the TOYOTA GAZOO Racing New Zealand TR86 Endurance Championship and the FT50 in Formula Open at Hampton Downs.

Frazer says testing in both generations of car has gone well and that he’s ready and eager to step into the car when the series kicks off.

“The testing I have done in the FT50 was designed to make the transition from Formula Ford to the FT60 a little bit easier and it has really helped,” he explained. “It gave me the single seater experience with the downforce we were looking for during that transition.

“My test drive in the FT60 was great. I really enjoyed it and it almost felt more suited to me and my style of driving than the FT50.  Both cars are awesome to drive.

“I am definitely looking forward to TRS. It has been my goal to do the TRS series since I started in karting. It is a clear rung in the career ladder for me and launch pad as I look for international opportunities.

“Although this year’s championship will be shorter, at three rounds with nine races, it is still key in terms of my own career progression and the value of it doesn’t really change. Kiwis have always been near or at the front even when the field has been packed with internationals so I am confident that if I go well then it’s representative of where I would be in a normal year. The big names being confirmed now are the icing on the cake for me, it’ll be great to be on the same grid with these guys.”

The earlier date for the New Zealand Grand Prix – which takes place on the international circuit at Hampton Downs Motorsport Park over the weekend of January 23rd and 24th – is designed to attract as many star name Kiwi racing drivers as possible, including former competitors and winners.