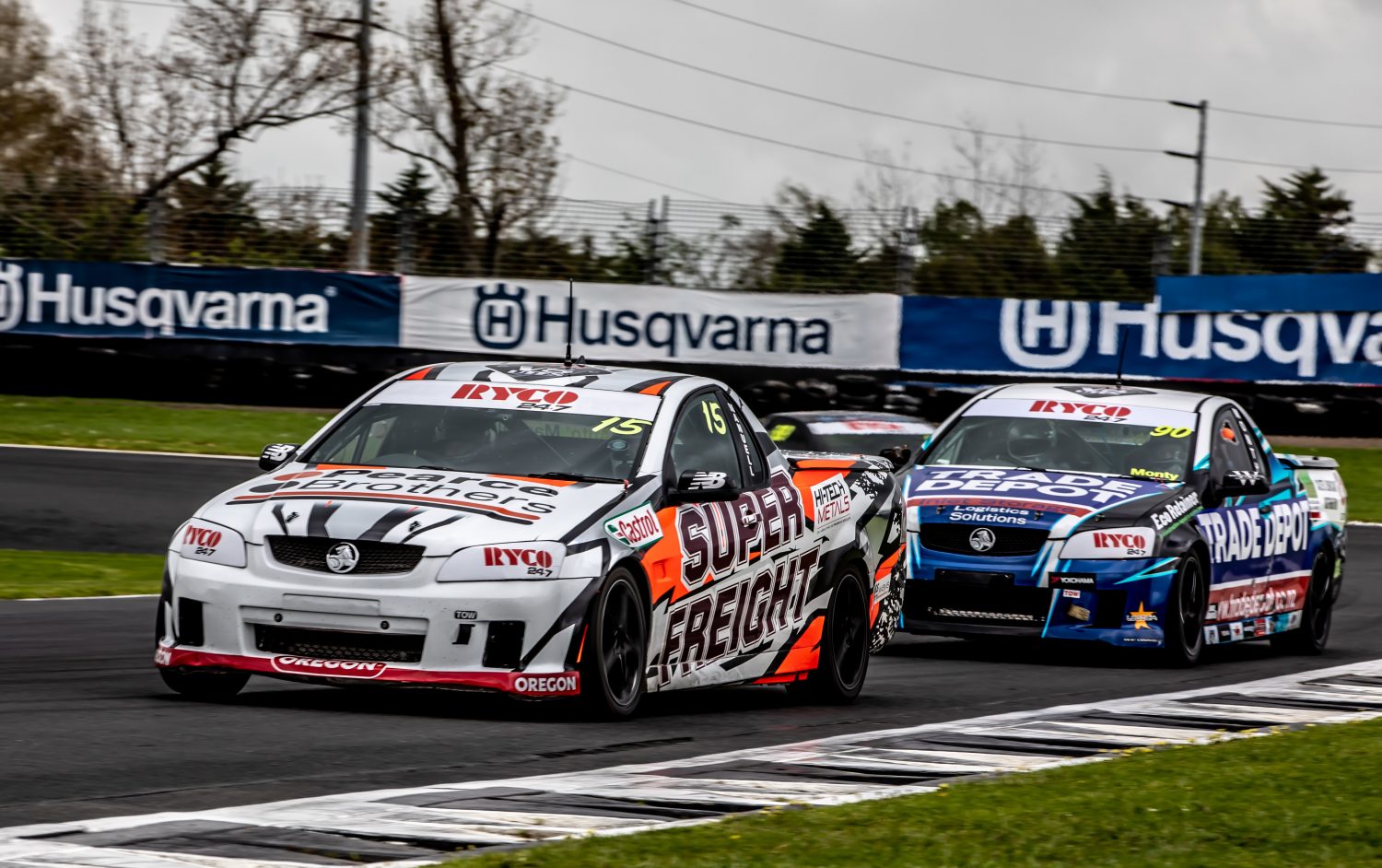 The New Zealand V8 Ute Racing Championship, one of the longest standing championships in the motorsport community, has confirmed plans for its 2020-2021 season – it’s 16th edition.

After an initial year as naming rights sponsor of the long standing category, RYCO 24•7 is back for another season that will see the category race at four events – the forthcoming Speed Works Pukekohe event followed by the Speed Works and Hampton Downs co promoted New Zealand Grand Prix over the weekend of January 23rd and 24th.

“RYCO 24•7 is excited to sponsor NZ V8 Ute 2020/2021 championship season! We enjoy supporting New Zealanders and we can’t wait to continue our involvement with such an exciting motorsport category. Bring on Round 1”, said Sales and Operations Manager Azim Aslam.

This will be the first time the category has raced on the 4km long track at Hampton Downs and it is expected to draw a big field for the weekend.

The third round of the championship brings the category back to Pukekohe Park, racing 6th-7th March, with the championship finale at the Bruce McLaren Motorsport Park, Taupo over the weekend of March 27th and 28th

The category will once again be airing a highlights package on terrestrial television on Sundays after each race weekend on CRC Motorsport on TV3. It has been one of most popular racing categories on the show for years in terms of audience share and this year’s field should continue that trend with its classic Ford vs Holden battles on the agenda.

The on-going effects of the global COVID 19 pandemic have meant that it will be a modest start for the category at Pukekohe, with a likely field of 10-12 cars but more are likely to find their way out of sheds for the 2021 races.

Dave ‘Shaggy’ Lowe should be another to watch over the course of the season. He’s been going better with each outing in the RYCO 24•7 BF Ford, and ended last season with 8th overall and the series coveted Good Bastard Award.

Hot on his heels are likely to be a number of drivers who excelled in their first season in the category. Roger Nees finished ninth overall and although he cannot be at the first round due to blowing an engine recently at Highlands, he’ll be on the pace as soon as he returns.  Paul Fougere and Stu Monteith were joint tenth while Greg Kroef also turned heads with a solid seventh place at the final round at Hampton Downs.

There will be at least two new drivers to the category on the Pukekohe grid for full-season campaigns. Phil Ross sampled the series at the final round last season and will be one to watch while Shane Dias will step up from the BMW E30 series for a run in the race winning ex-Alexandra Whitley Holden.