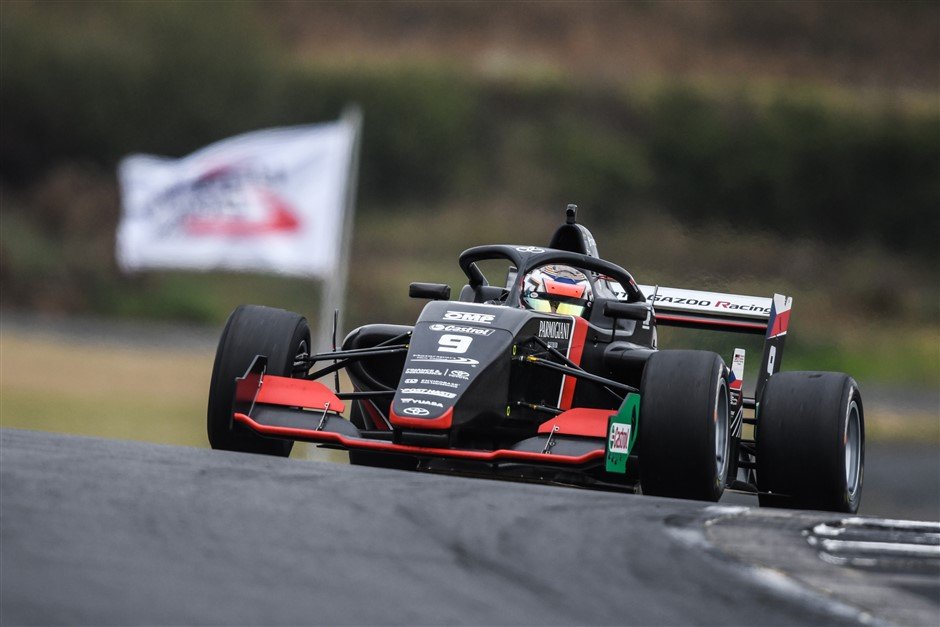 The Czech Republic racer left late in the session to confirm his form shown in the previous two days of testing at the North Island circuit. His 1 minute .896 lap aboard his mtec Motorsport run  car was enough to pip champion and series leader Liam Lawson by three one hundredths of a second.

Ptacek was amongst the quicker runners throughout the session as it unfolded, but for a long time it looked like M2 Competition’s Igor Fraga – currently second in the championship chase in New Zealand – would take pole position no matter what. As the time tumbled, he kept knocking in laps just a few hundredths quicker than anybody else. Lawson, Grégoire Saucy, Franco Colapinto, Spike Kohlbecker, Jackson Walls and several others kept up the chase, but Fraga always went a little better as they clocked up the laps.

It wasn’t until the last few moments of the session that Lawson showed his true form – confirming that his average pace over the previous two days was more indicative of a little sandbagging than anything else. He was the first driver of the weekend to dip under the Hampton Downs benchmark of 1 minute, 1 second but that time was almost instantly eclipsed by Fraga, by just one hundredth of a second.

With only a few seconds remaining, it looked like an M2 Competition front row lock out before Ptacek delivered his best. In his second season of Castrol TRS, he has gelled well with the mtec Motorsport engineers and it showed at Hampton Downs with the pole position lap.

“The whole weekend we have not had any issues with the car so I have had extra confidence,” he said. “Yesterday we knew we had a base for the top three and a I got a good run with the lap I did right on the edge. I don’t think I’ve done anything really different, but just working on all the details.”

Behind Ptacek on the front row, Fraga retained the third place on the grid with the silky smooth Caio Collet on the outright pace yet again for fourth. The third row of the grid was locked out by Oliver Rasmussen and Jackson Walls, with Franco Colapinto and Lirim Zendeli in seventh and eighth. Yuki Tsunoda and Grégoire Saucy complete the top ten for the first race, which takes place later today at the North Waikato circuit.

Rasmussen will drop three places on the grid to eighth after incurring a post-race penalty at Teretonga last week. That elevates Walls, Colapinto and Zendeli to fifth, sixth and seventh.