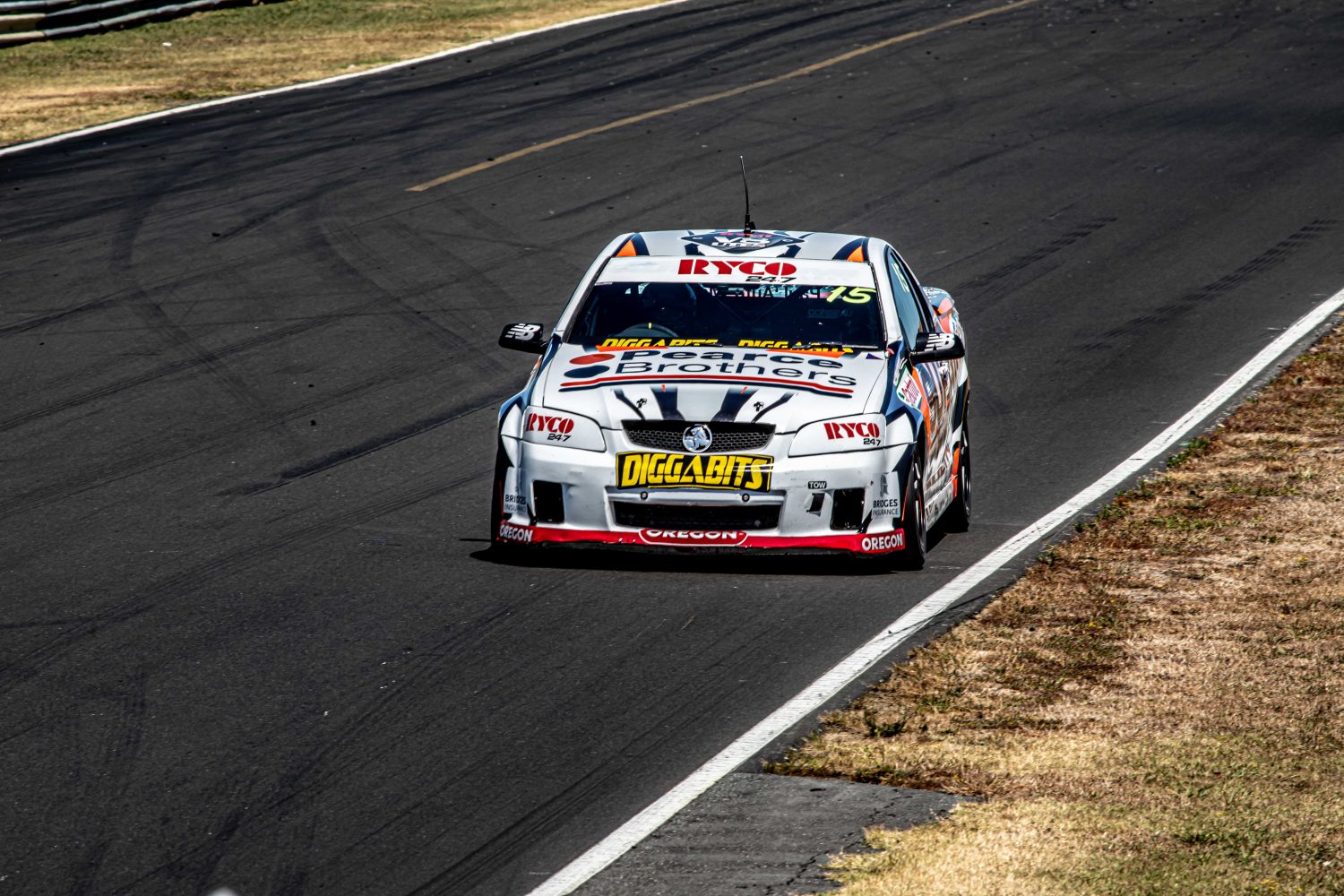 Pukekohe’s Paul Manuell has extended his lead in this season’s RYCO 24•7 V8 Utes Championship after a strong performance at the second round at Hampton Downs that included two pole positions, two wins and a fourth place finish.

Manuell was the dominant force from the opening laps of qualifying on Saturday morning, quickly asserting himself with a pole position lap that was close to the V8 ute record at Hampton Downs. He backed that up with a comfortable win in the afternoon’s race heading home Andrew Porter in his Ford Falcon FG and 2019 champion Matt Spratt and Collinson for the win in what were blisteringly hot conditions at the North Waikato track.

It was also a good result for Spratt after the disappointment of the first round, which included a retirement and missing out on vital points. Matt Griffin, debuting in the category, was an impressive fourth in his first New Zealand V8 ute race, though he had won in the category in Australia back in 2018.

It all went wrong for Collinson from third on the grid as he stalled at the start and rejoined at the tail of the field. His error did, however, trigger a great fightback through the field. He gave race fans plenty to shout about as he scythed his way back into the top ten within the space of three laps and. carried on through the field to eventually come home seventh

The Saturday morning race – which had a grid based on Saturday’s results but with the top ten reversed, saw Collinson line up third behind front row sitter Simon Ussher and pole position holder Stuart Monteith in their respective Ford and Holden. Collinson wasted no time in getting by both and blasted away to record a dominant win. This time it was Spratt who was second and Porter third, while Manuell had to be content with fourth in a closely matched contest with the top five. Griffin was again a feature, finishing fifth.

Sunday’s final feature race – with a grid based on points scored over the weekend – saw Manuell make a great start from which he never looked back. He quickly established an unassailable lead and romped home to his second win of the weekend and the round win. Griffin saved his best for the final race, making a fabulous start from the third row to snatch second into the first turn. Race long pressure from Spratt eventually saw the reigning champ find a way through for second on the penultimate lap, though Griffin’s third place was still an outstanding end to his weekend.

Porter and Collinson enjoyed a spirited battle throughout for the final two places in the top five, with Andrew holding off his fellow Ford Falcon runner for fourth.

The RYCO 24•7 V8 Utes Championship now has a brief break before heading to its third round at Manfeild Circuit Chris Amon for the Grand Prix over the weekend of February 15-16.