Red hot field for TRS and it starts this weekend 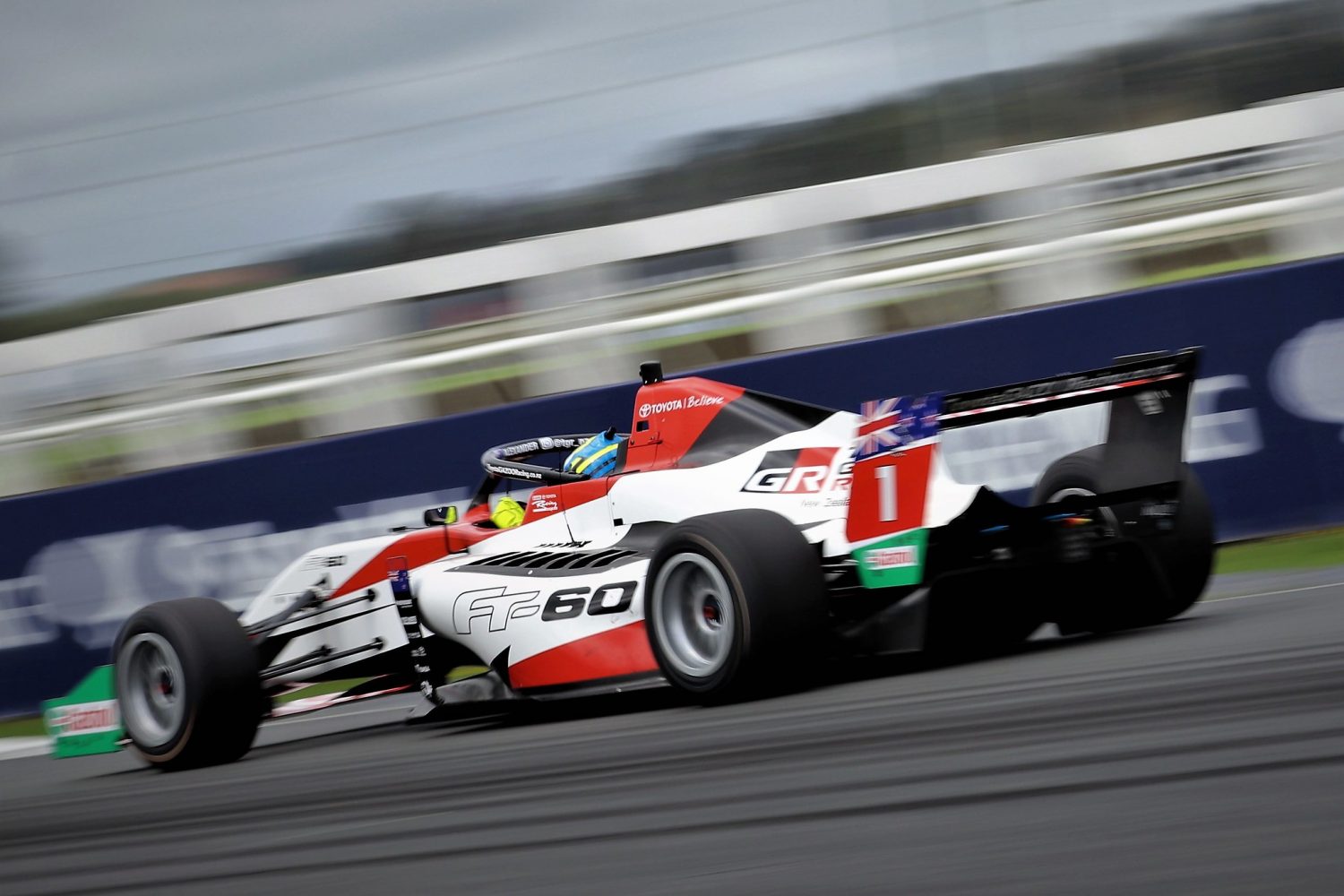 The eyes of the motorsport world will turn to New Zealand this weekend and the pressure will be on as 20 drivers aim to win what should be one of the most hotly contested Castrol Toyota Racing Series ever.

The 2020 championship – which blasts off at Highlands Motorsport Park this weekend in New Zealand’s South Island – sports a full grid of 20 brand new Toyota FT-60 racers and is brimmed with talent.

No fewer than five champions from Formula 4 series around the world are in the field, as well as race and title winners from Formula 3, F1600 endurance and tin top racing. There are countless karting championship titles amongst the drivers too. E-sports is also represented at the top level as one of its finest exponents, Igor Fraga, continues his transition to circuit racing. To cap it all, the reigning champion, Red Bull Junior Liam Lawson, will defend his 2019 title.

“I’m just really excited to be back racing in New Zealand,” said Lawson. “I love our tracks and there’s something special about racing in front of your home crowd, friends and family. TRS was great for us last year. There are some great drivers coming out again so I’m sure the competition will be just as fierce as last time.”

German Lirim Zendeli, Yuki Tsunoda of Japan, Brazil’s Caio Collet, Belgium’s Amaury Cordeel and Argentina’s Franco Colapinto are all champions and obvious choices as potential series winners, but Lawson excelled last year and will be fired up to retain his title once again. There are potential surprises throughout the field with many capable of springing more than a single surprise. Seventeen year old French sensation Emilien Denner is one of the finest karters in the world today and the best of the best in karting often continue their winning ways in junior formulae.

Many insiders are also picking Formula Ford champion Spike Kohlbecker of the USA to turn a few heads. He raced in New Zealand F1600 last year before heading to the UK and knows the Kiwi tracks well.

Formula One team bosses will also have their eyes on the championship for the next few weeks too. Last year’s performance secured Lawson a Red Bull contract and drivers of the calibre of Lando Norris, Brendon Hartley, Daniil Kvyatt, Lance Stroll and Super Formula champion Nick Cassidy have all raced with success in TRS in the early stages of their careers.  This time around Red Bull, Renault and McLaren all have young guns attached to their junior programmes competing.

“There’s certainly no question this is one of the strongest fields ever assembled for the championship in its 16 year history,” explained category manager Nico Caillol. “When we launched the new car back in May we wanted to build a series for the region that is relevant globally for any up and coming racer as a way to improve their skills and start their year of racing in the best possible way.”

It’s a philosophy that was recognised by the FIA, who awarded Super Licence points to the series, then upped the allocation ahead of this year’s championship to 10 points for the winner.

Sixteen nations are also represented this year, with two drivers from Brazil, two from Sweden, two from Switzerland and two from New Zealand. Angola and Israel are represented for the first time too. With Lawson as reigning champ for the home nation, New Zealand’s second driver in the series also becomes the sixth woman to race in the championship. Twenty one year old Chelsea Herbert very much sees the five round series as a learning exercise in her professional career and she also brings pedigree to her challenge knowing all of the tracks and having won races in New Zealand’s premier V8 championship.

The 2020 championship begins at Highlands Motorsport Park this weekend. It stays in the South Island for the second round a week later, moving to Teretonga Park near Invercargill for round two.