Ransley gets one back at Highlands 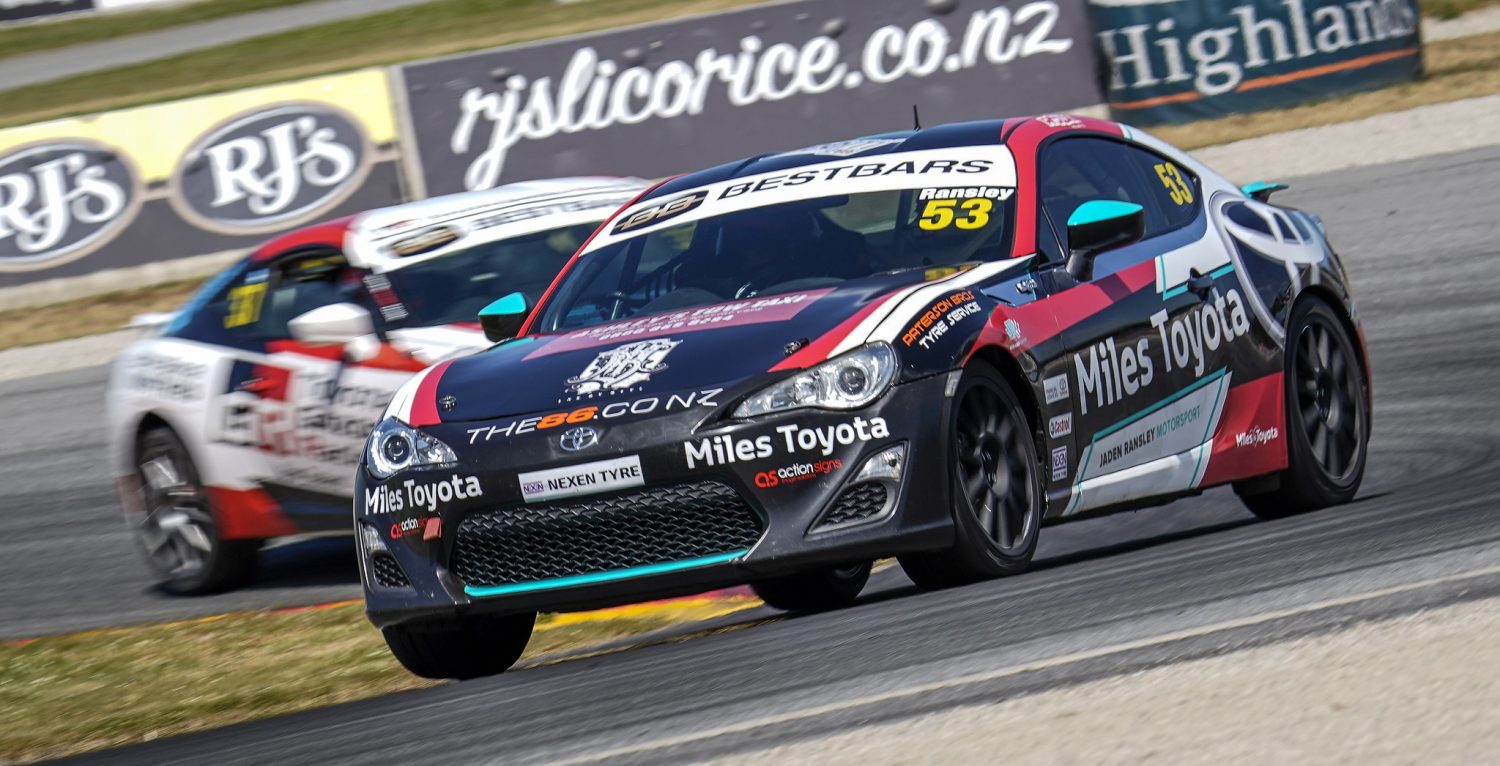 Ransley, who had been chasing the flying Vodanovich all weekend at the second round of the championship, made a great pass on the Nexen DTM CMC Markets driver on lap 8 of the 12 lap race and raced home to win the thriller, with Round 1 winner Jaylyn Robotham in hot pursuit in third.

Second place for the race – backed up by his two wins over the weekend – were enough to give Vodanovich the round win and underlined his supremacy in the Toyota 86 at a track where he also won the 2019 round.

It was Vodanovich had made the best start and the battle between he and Ransley that had raged all weekend resumed immediately as Jaden put his Miles Toyota machine alongside his rival going into Turn 1. Vodanovich prevailed and the two set off to build a lead on the pack as they had done in the first two races, but this time had Robotham in the Eastern Performance Centre car for company.

The three of them remained fender to fender as they built a five second advantage over another great battle, That one was for fourth, fifth and sixth and was initially led by Connor Adam in his Post Haste car with Campbell Stewart for Total Oils and Justin Allen for Battery Town in close proximity. Adam pushed hard but on lap 5 the order changed as Allen made up two places to assume fourth, with Stewart also passing Adam. Allen immediately set about breaking free from the group, but Stewart had other ideas. He went with him and made a great pass a lap or so later to take fourth.

Up front Ransley and Robotham were piling on the pressure and knowing he probably couldn’t force Peter into a mistake, Ransley built a great passing move that started at the bridge and ended as he swept by on the final corner onto the main straight. This time Vodanovich had no response and Ransley raced away to the win. Peter held on for second ahead of the impressive Robotham, with Stewart bagging fourth and Justin Allen an impressive fifth.

Behind the top five Adam held off a closing Ryan Wood – enjoying his best performance so far in the CareVets car – for sixth. Eighth went to Australian Richard Peasey making up for his incident in Sunday morning’s race, while Brayden Philips continued his improvement with ninth in the Caters Tyre Service car. James Wilkins also capped off a solid weekend of racing with tenth after his strongest showing in the series so far.

International Motorsport’s Brock Gilchrist was a notable retirement – the NEXUS Logistics car only making it a few metres off the line before stopping and forcing a brief Safety Car period at the start.