Toyota 86 title is the priority for Connor Adam 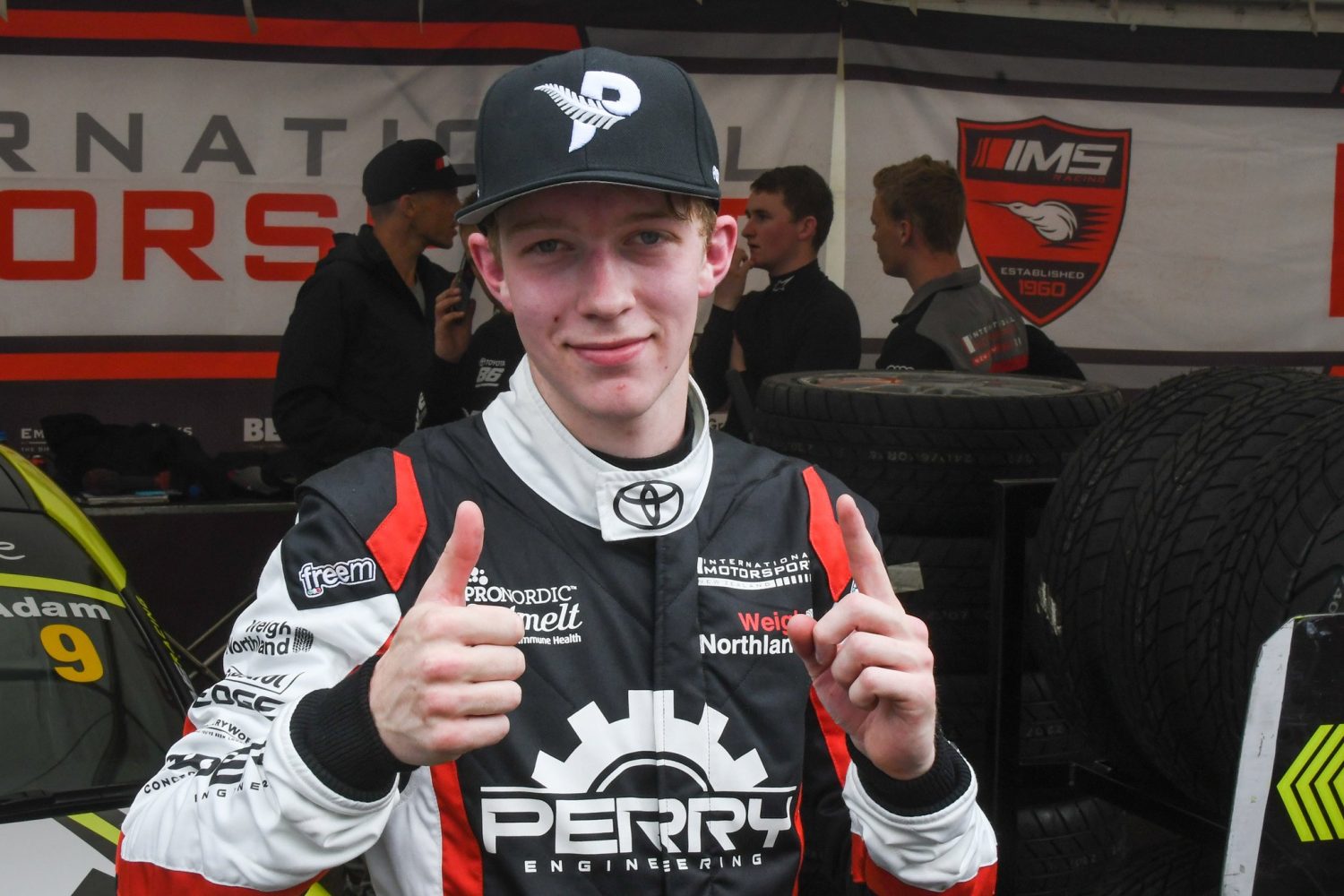 The most experienced racer in the Toyota 86 Championship – Connor Adam – is aiming fairly and squarely at the 2019-2020 title. It’s the Auckland racer’s fourth season in the highly competitive championship and represents his best chance yet of securing the much sought after title.

“Last season was definitely one of highs and lows,” explained the 20 year old, who has existing sponsors Post Haste, Wattam Auto Sports, Pro Nordic Fast Melt Probiotic and Weigh Northland back on board for next season’s championship campaign.

“The first round for us last season was sensational and we left there with wins and a championship lead that we were able to hold onto for some time. Not having any practice time before the meeting at Highlands hit us hard however and that, combined with a run of bad luck and a few set-up mistakes on my part, compromised our championship challenge. It is such a tightly-contested championship with a field full of talented drivers and if your effort falters even for a moment, it’s very hard to get the momentum back up.

“We were back on the pace for the final round at Hampton Downs, but of course I was unlucky enough to be involved in a decent sized crash and rolled the car. It wasn’t the way we wanted to end the season, but we have dusted ourselves off. With the knowledge we have from three seasons of competitive racing, our sponsors back on board and the support of International Motorsport, we do believe we’re going to be in great shape for a championship challenge this coming season.”

Adam has been getting plenty of track time in ahead of the forthcoming season, and will race a Toyota 86 in the three hour class of the South Island Endurance Series, which begins next month. This will include plenty of additional track time at Highlands and Teretonga, two of the circuits on the 2019-2020 Toyota 86 Championship trail.

The six round championship takes in Pukekohe before heading to the South Island for rounds at Highlands Motorsport Park and Teretonga Park in Invercargill. It then moves to the North Island for the New Zealand Grand Prix meeting at Manfeild – Circuit Chris Amon and then on to Hampton Downs before the sixth and final round, which is likely to be at the V8 Supercars event at Pukekohe in April 2020.