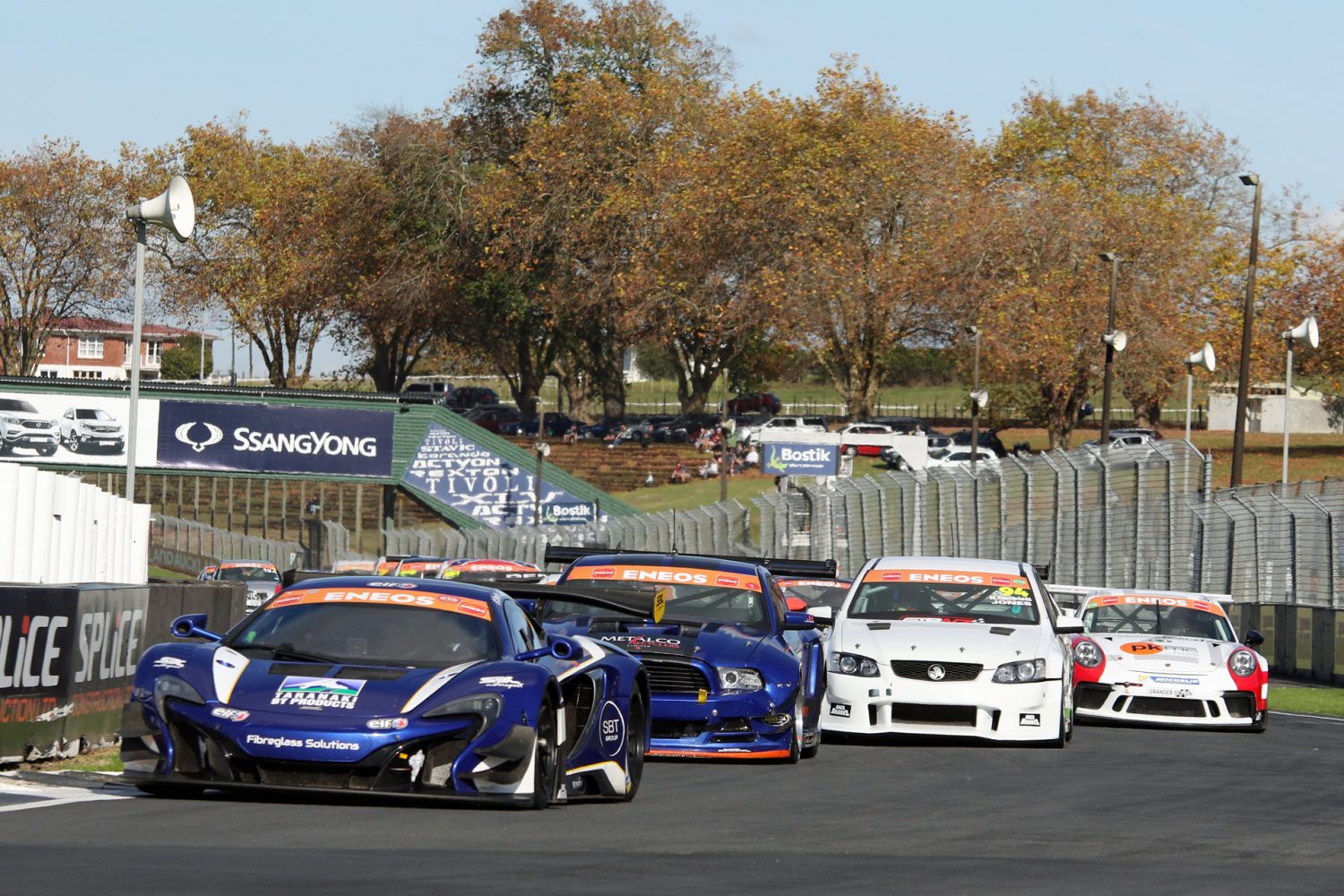 Taranaki racers Glenn Smith and John De Veth came through a race of attrition unscathed to claim victory in the ENEOS North Island Endurance Series three hour race at Pukekohe Park over the weekend, as an unusual amount of front runners hit trouble.

It was the same story in the ENEOS One Hour race too. Brock Timperley emerged to score a memorable and well-earned victory after his major rivals fell by the wayside with mechanical woes.

The gremlins were out in force early on race day and it was Taupo three hour winners and championship leaders Jonny Reid and Neil Foster they visited first, with the Audi failing to make qualifying and then missing the race with a recurring gear selection and differential issue. Despite the massive efforts of the International Motorsport crew to get the car out and racing for points, their efforts failed and the car never did a lap in anger on race day.

That left the door open for Smith and De Veth and they duly delivered with a faultless performance from the McLaren 650s and from their crew. All around them at the front of the pack, the troubles for the top contenders continued. Nick Ross and Paul Radisich had early dramas with both the engine management and the rear brakes on their Mustang but were able to re-join and run at a brisk pace, but were too far off to pose any real threat for overall honours. Lance Hughes – partnered for the weekend by Matt Griffin – also had dramas as did the Conal Dempsey Porsche. Both GT4 Mustangs also failed to make it to the finish.

The various delays and retirements all played into the hands of Anthony Leighs and Paul Kelly in their late generation Porsche 991 and they completed the race in a very impressive second overall. Third was the V8 SuperTourer Holden of Rodney Gimblett and Cameron Jones, a great ending for a weekend that started badly when Gimblett put the car in the wall during Thursday testing.

Gene Rollinson had the Hyundai TCR racer – racing for the first time in New Zealand – up to fourth at one point after a stellar drive, and co-driver Jordan Michels followed up with a strong drive and looked odds on for a great result until a late safety car bunched the field and put the car in range of both Rob Williams’ Porsche 997 Cup car and the unique ex-Nurburgring/Thunderhill and Pikes Peak Audi TT of Shane Helms and Rob Bolland.

Both ultimately found a way past the impressive TCR car, but its debut was impressive, aside for a controversial moment when there was contact between Rollinson and Rick Cooper’s GT4 Mustang which resulted in heavy contact with the wall for Copper’s car and significant damage to the popular Mustang.

The Baigent/Walker BMW was next up followed by the BMW 235i machines running closely once again throughout the race. Wayne Leach and Paul Burborough came home in eighth and Todd and Rhys Bawden in ninth. Marty McCullough and Ian Foster rounded out the top ten after a faultless drive in their familiar camo Honda DC5.

In the ENEOS One Hour race it was Brock Timperley who emerged from a race of attrition to score a memorable and well-earned victory.

With pole position man Nick Chester missing the start with a car that simply would not start and both the Nick Ross/Sam Collins Ford Mustang and the Matt Whittaker Porsche 991 encountering problems during the race, it was Timperley who nailed a solid and consistent race to take his first big win.

The performance in the Wayne Anderson developed car was certainly eye-catching and for the last third of the race he lapped quicker than the Tim O’Connor GT3 Ferrari 458 behind him to open up a safe gap and seal a popular win.