No walk in the Park for Brock 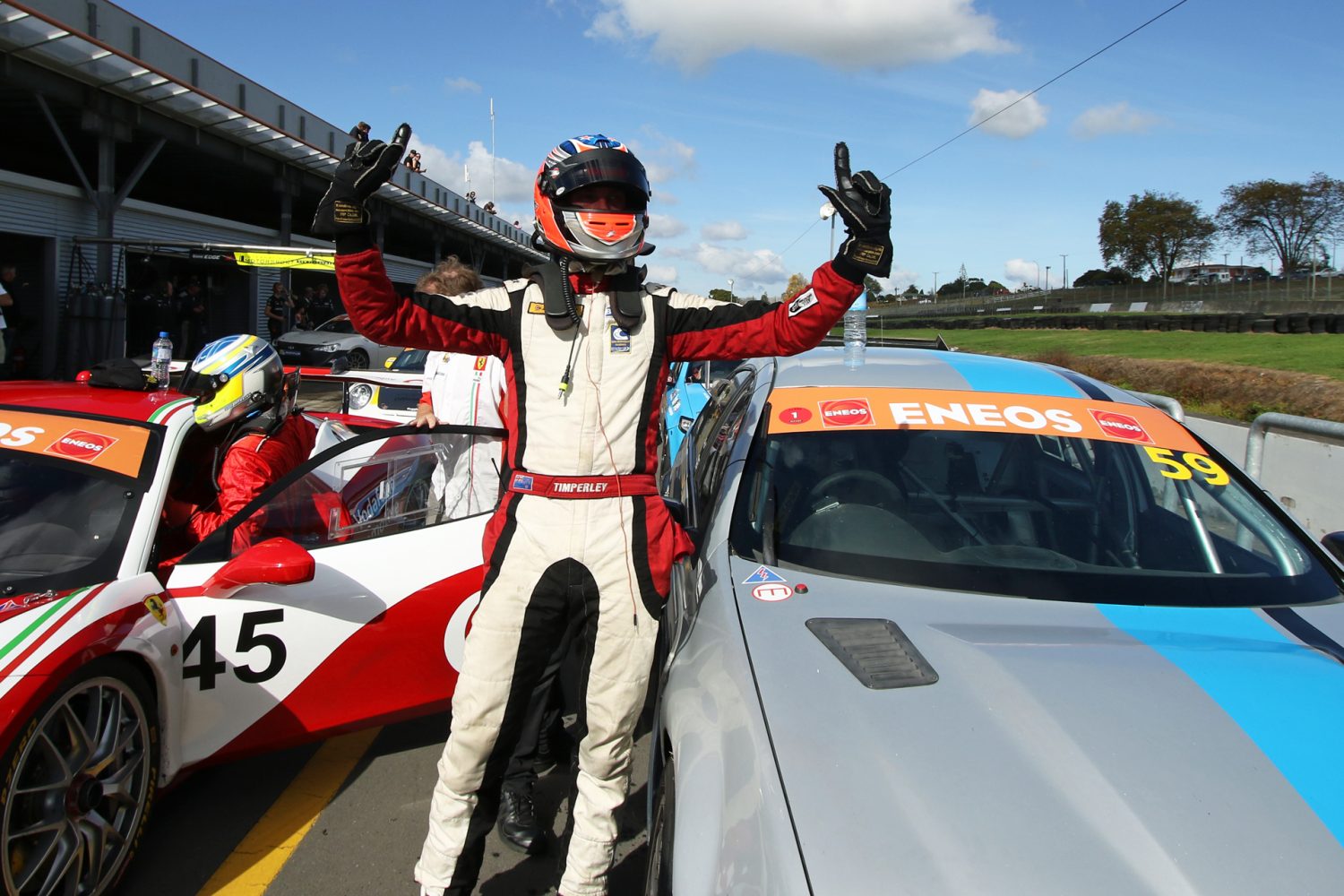 ENEOS North Island Endurance Series one hour winner at Pukekohe Park last weekend – Brock Timperley – has revealed his surprise win wasn’t a simple walk in the park after his major rivals fell by the wayside with mechanical woes.

It was the first time the former karting ace and Pro 7 Mazda champion had raced the NZV8/SuperTourer hybrid created by race car guru Wayne Anderson at Pukekohe Park, and Timperley had to raise his game in what was hugely demanding machine physically around the super-fast track.

“Qualifying went well,” explained the Hamilton-based driver, who’s racing is supported by Erosion Control Limited. “We had a minor engine issue when we first went out, but the team sorted that out quickly. What it did mean, however, was that we had only limited time to get a few fast laps in before the session ended, so in the end I was more than happy to put down a 1.05.67 as it was my first time in the car on green tyres.”

In the race, several major rivals hit trouble. Pole position holder Nick Chester’s blindingly fast Holden Supercar failed to start and was eliminated immediately, while Matt Whittaker also suffered a puncture on the left front of the Taupo winning Porsche 991 early on in the race, while there were also dramas for Nick Ross and Sam Collins in the brutally fast Ford Mustang. Timperley, however, was largely unaware of the dramas his competitors were facing as he had a fair few of his own.

“It was a very challenging race in several ways,” he added. “Our pit stop was perfectly timed, but it was a bit messy too. A pipe on my cool suit snagged as I got out and this definitely cost us some time. The worst part about it was that I was unable to fix the cool suit, and that’s why I looked like a tomato on the podium. It was massively hot inside the car and very hard work as a result.”

Although Timperley has campaigned a conventional ‘TL’ specification BNT V8 car to second in the New Zealand Championship, the 7.0L AV8 Motorsport Ford machine he raced was a different proposition again. With a 6-speed sequential gearbox putting out around 575HP, much more effective aerodynamics, brakes and suspension and much bigger tyres, it demanded constant attention.

“Yes, it’s definitely an animal compared to my BNT V8, it’s got so much torque and the sequential six speed is incredible,” he added. “I can carry so much more corner speed as well as brake later from higher speeds. It’s almost like a slightly tamer version of two ex-V8 Supercars I have driven in Australia.”

Despite the huge extra power and forces on his body and despite the lack of a functional cool suit, Timperley caught the eye of teams, other drivers and fans alike with a blistering final 20 minutes of the race, when he sealed the win by lapping consistently quicker than anything behind him, and that included far more exotic GT-B machinery built specifically for endurance racing.

“I knew I had a good lead, but I couldn’t drop the ball,” he explained. “As soon as I was in clean air I put everything into putting down fast, consistent lap times, but I still needed to take care of the tyres – it is a touring car after all not a bespoke GT racer. The track is a lot better with the resurfacing work done, although I believe the smoother surface would have benefited the GT cars more.”

Timperley was quick to pay tribute not only to the small team but also to mentor John McIntyre after one of the biggest wins of his career.

“Having John McIntyre in the camp is crucial. He is my manager, engineer and driver trainer all in one. We simply couldn’t do it without him. He is fantastic at helping me set up the car. Because he is a driver himself, he understands my feedback and has the knowledge to make the right changes. He also makes the difference away from the track. I have been lucky enough to graduate from New Zealand’s Elite Motorsport Academy for young drivers and what I learned there combined with the knowledge John has been passing on to me is giving me an edge both mentally and physically. You can’t underestimate how important that kind of input is when in a situation like I was at the weekend.

“Now though, I have to press the reset button. I can’t go to Hampton expecting the same result but the fact is that we are in with a shot of the title. I am feeling a lot more comfortable in the car now, and I have a few things to work on as a driver over the next few weeks. I won’t be going to Hampton after another win, but another strong result for sure and who knows what we might achieve.”

The final round of the three round ENEOS North Island One Hour Endurance series takes place at Timperley’s ‘home’ track of Hampton Downs on June 8th.