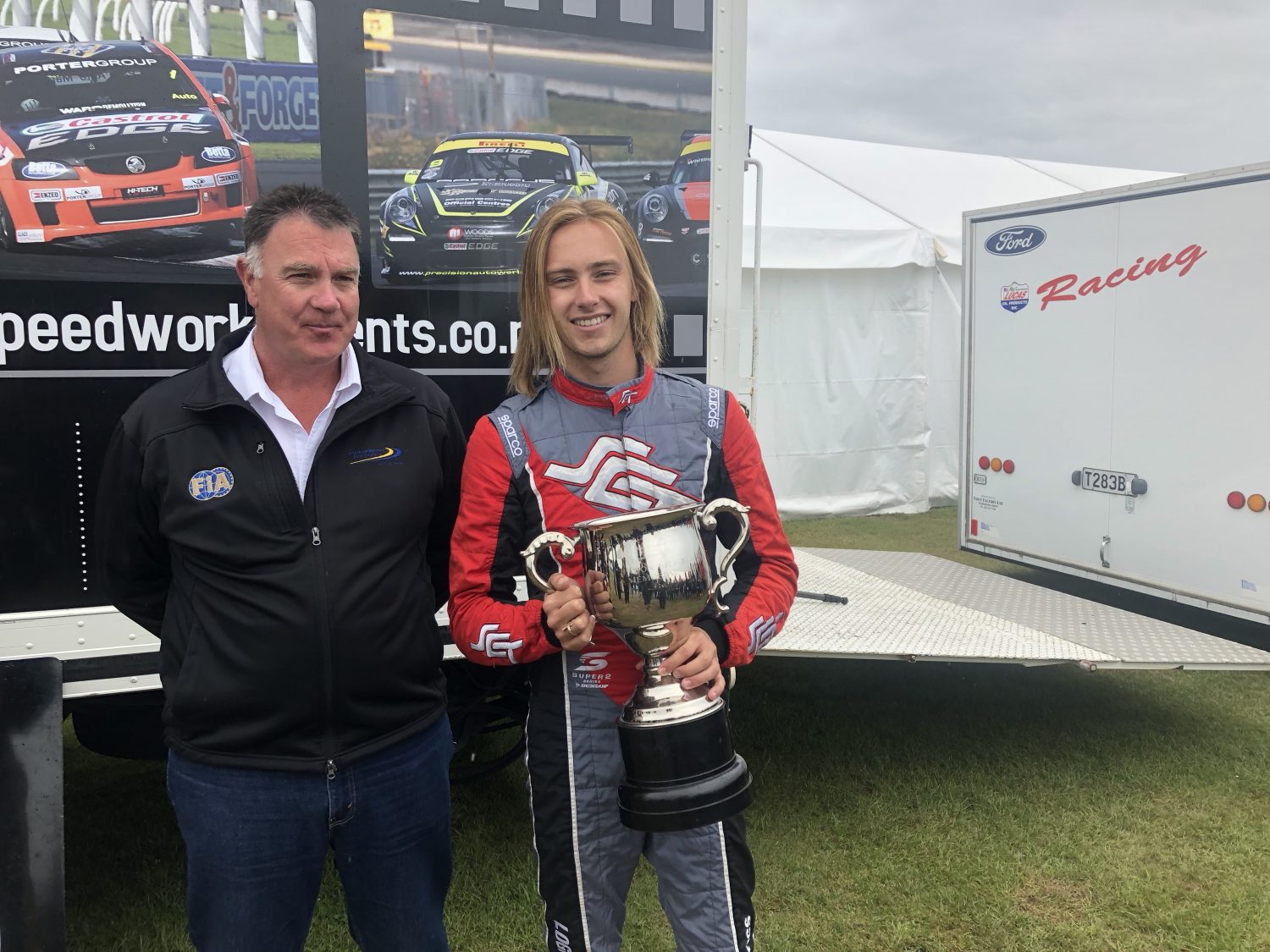 With one round remaining at Hampton Downs this coming weekend, there are 225 points up for grabs across the final three races of the BNT V8 season, with Holden driver Jack Smith looking to be the championship favourite.

Australian, Smith, holds the BNT V8s Championship lead with 1018 points, 114 clear of the Nissan Altima of Nick Ross. A further 106 points behind is Smith’s teammate Lance Hughes. Smith has been the dominant force in the Championship this season, taking the Gull Pole Position at all five rounds this season, as well as ten wins along the way, including a clean sweep at Round Three held at Cromwell in January.

“The Championship is there, but we could very easily have another DNF like Nick did at the last round, and then it would in his favour. There is still a long way to go,” said Smith. Closest to challenging Smith at the front of the field is Nissan driver Nick Ross, who had a good weekend at Manfeild picking up a win and second place before an unfortunate DNF at the start of race three with his Nissan’s radiator failing on the formation lap.

Ross is adamant that the championship is far from over and anything can happen as the drivers head into the final three races of the season. “We’ve had this situation before. When I won the Championship in 2013/14, Jason Bargwanna was leading going into the final round; he had two blown engines and two DNFs. We won. We generally have good pace at Hampton Downs and anything can happen in motorsport.”

Behind the top three, look for a tight battle in the mid pack between the Toyota of Brenton Grove and the Holden of Rob Wallace. Both drivers chasing down third spot in the championship, as well as rookie of the year honours.

Also watch for the Ford Falcon of Brad Lathrope and the Holden’s of Matt Tubbs and another rookie, Chelsea Herbert in her Toyota Camry. In Class Two, it’s a tight battle between Matt Podjursky and Justin Ashwell.

Following a strong start to the season, a technical breach in the second round left Podjursky chasing down the championship lead. Following success at recent rounds, he trails the lead by just 20-points with one round to go.

“It’s still anyone’s game, I have no expectations about what’s going to happen. I just want to put my head down and do what I’ve been doing and let the rest pan out.”

Also look for a special guest appearance from two-time World Touring Car Champion Paul Radisich who will line up in Class Three of the championship in a Ford Mustang.

The sixth and final round of the BNT V8s is at Hampton Downs this weekend with one race on Saturday and two on Sunday.