There can be only one 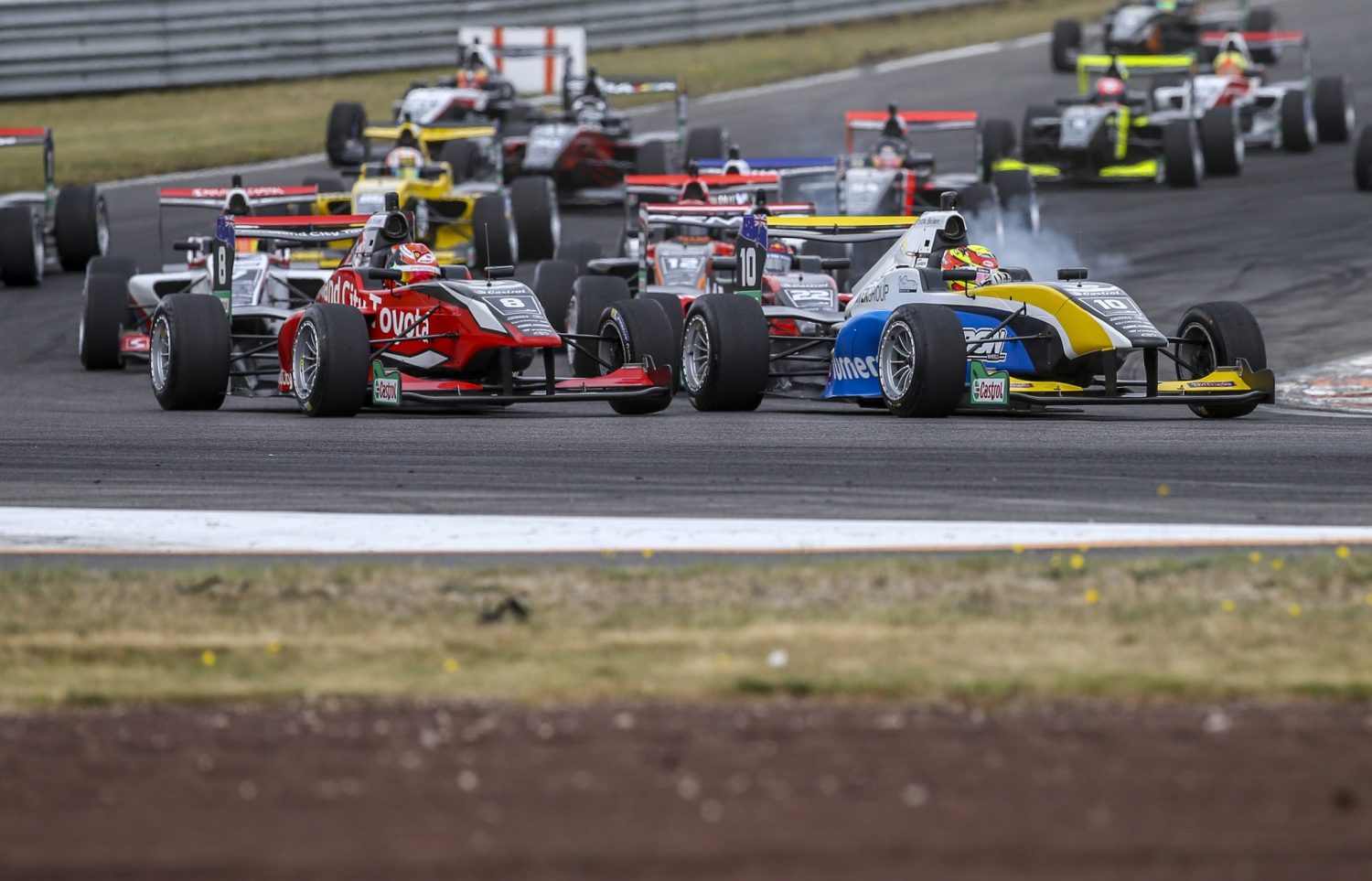 It has been one of the most sensational series in New Zealand motorsport history and concludes this weekend with the 64th New Zealand Grand Prix at Manfeild Circuit Chris Amon.

The 2019 Castrol Toyota Racing Series has been a battle between two young drivers that has seen the championship lead change hands with almost every race. It’s a fight that has seen two Kiwi racers push themselves to the front of a field of high quality international racers in their quest to win.

One the experienced, accomplished eighteen year old who’s already under Ferrari’s driver development wing.  The other a sixteen year old from Pukekohe who was too young to compete in the championship last season.

Marcus Armstrong and Liam Lawson. Two names this championship has featured throughout the five round series that culminates this weekend at Feilding. The championship ‘should’ be fought out between these two though there is an outside possibility that Austrian Lucas Auer, or Brit Raoul Hyman could sneak in and take the title from under their noses if they both hit trouble over the weekend.

The prospects for the Grand Prix itself are a little more open. Any one of perhaps half a dozen drivers could win the biggest single seater motor race of the year in New Zealand.

There have been three Kiwis in this year’s Castrol Toyota Racing Series and there’s a fourth for this weekend. All three have won races. The third man is Brendon Leitch, the most experienced driver in the field in the Tatuus Toyota FT50 and a racer probably more famous at the Grand Prix event for his huge cartwheeling accident a few seasons ago. Brendon is fast at Manfeild, however, and might just be the Kiwi to upset the applecart with nothing to lose at the Grand Prix finale.

Austrian Lucas Auer is perhaps the biggest threat for fans hoping for a home Grand Prix winner this weekend. After a messy start to the Castrol Toyota Racing Series, he came good at Taupo last weekend with both speed and reliability on his way to his first pole position and his first 2019 race win.

A very accomplished racer, Auer has time in a current generation Formula One car under his belt, along with four seasons in the high-tech, high-profile German touring car series, the DTM. The TRS adventure has been all about sharpening his skills for a full attempt on the Japanese Super Formula title and he will certainly hit the ground running in that after making notable improvement over the five weekends of the TRS championship. A Grand Prix winner in New Zealand? It’s possible.

Raoul Hyman – the current Asian F3 champion – is another driver of high quality in this weekend’s field. He learns quickly, is fast everywhere and although he hasn’t won a race so far, he’s been on the podium. It’s not out of the question that he could figure this weekend too.

Other potential frontrunners this weekend include Russian Artem Petrov, who won a chaotic race on the Friday evening at Hampton Downs and Belgium’s Esteban Muth, who like Hyman has been very quick at every track and took a well-deserved and very impressive win in the Sunday morning race last weekend in Taupo.

Japanese Toyota scholarship racer Kazuto Kotaka is another with huge pace and has regularly been in the top ten in results and in qualifying. Czech racer Petr Ptacek will be hoping some good fortune comes his way this weekend and he too can convert his obvious speed into a big result.

There are three Australians in this year’s championship and the one that has caught the eye of many is the youngest – Jackson Walls. He couldn’t even race until the second round as he only turned sixteen on the Thursday before the Invercargill round, but he made an immediate impact and has impressed with his ‘full attack mode’ racing style. Exciting to watch on the track and a complete petrolhead off it, he’s been a great addition to the championship and a big result for the eye-catching Objective branded car would be no less than the youngster deserves.

Calan Williams has shown considerable pace on occasion too, more often than not qualifying as the top Aussie, but a really big result has so far eluded him. Thomas Smith is in the series to learn more about single seaters and has improved throughout, featuring in the top ten during races on occasion.

Three Americans are also in the series. Cameron Das is the most experienced and perhaps would have hoped for better results than he has had. A mistake under the Safety Car restart procedure probably cost him his first TRS win at Hampton Downs and his confidence seems to have taken a bit of a dent in the process. There’s plenty of speed there, however. Compatriots Dev Gore and Parker Locke have had their moments too, but are more likely to be fighting for a decent mid-field result than be one of the top guns.

Romania is also represented this weekend at Manfeild, with Petru Florescu running for mtec Motorsport. Another to have shown speed, he will be hoping to sign off his five weekends in New Zealand with a strong result.

The fourth Kiwi is, of course, the remarkable Kenny Smith. Back at Manfeild at the ripe old age of 77 against the latest crop of young guns that includes his current protégé Lawson. This will be Kenny’s 48th New Zealand Grand Prix as he gets one step closer to the magic 50. To put that in perspective, nobody in motorsport, anywhere in the world, in any category, in the full history of the sport since it turned its first wheels in the early part of the 20th Century – even comes close.  His current form is not to be sniffed at either. Two weeks ago, in the Formula 5000 races that supported the TRS cars over the NZ Motor Cup weekend, he took an outright lap record around Hampton Downs.

It’s all finely poised for a fantastic weekend in the Manawatu. And the good news for everyone in Manfeild is that it all comes down to this weekend – with both the 2019 Castrol Toyota Racing Series title as well as Grand Prix winner’s title up for grabs.