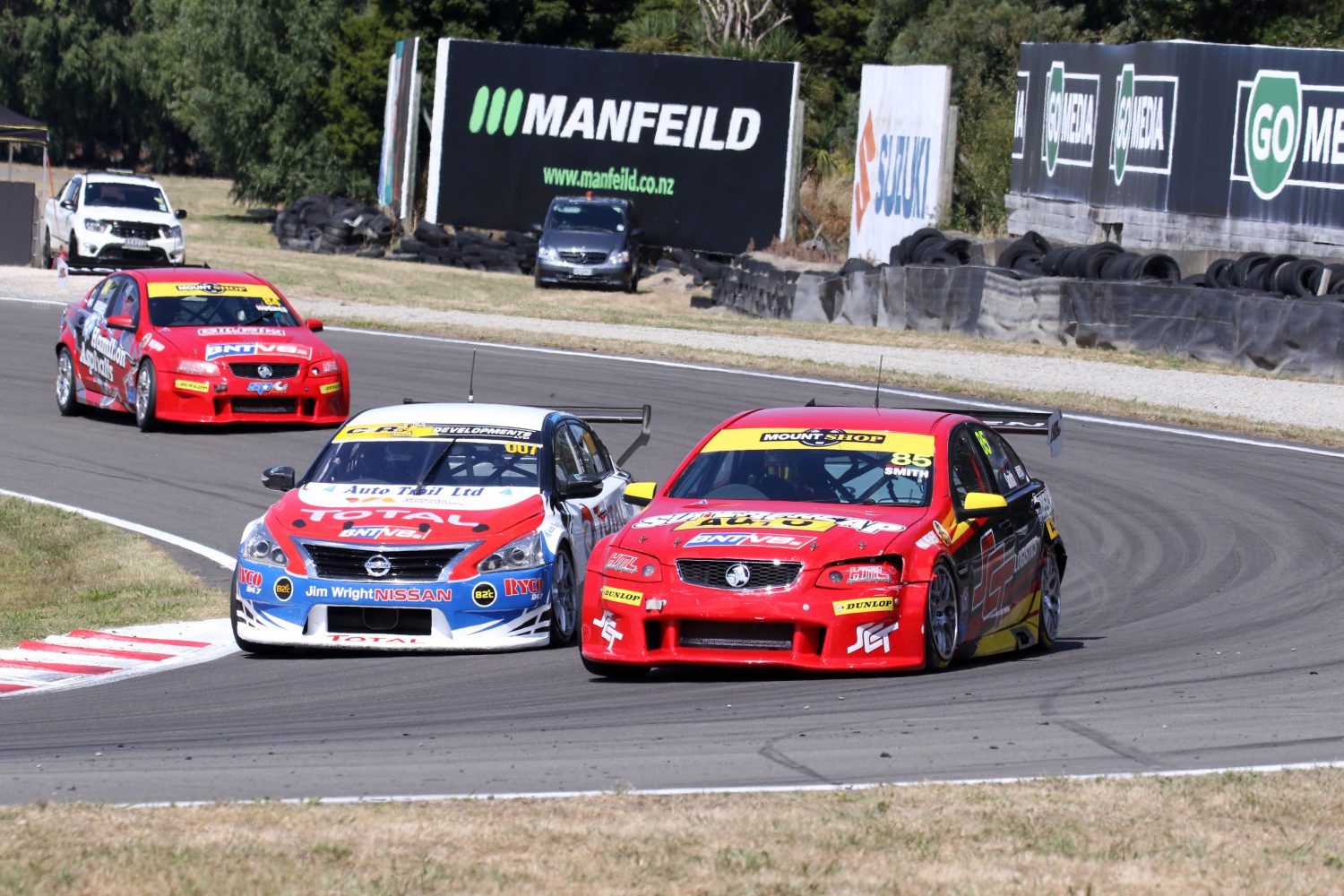 Australian driver Jack Smith has taken the round win at Manfeild Circuit Chris Amon at Feilding this weekend.

Race two of the weekend held on Sunday morning was won by Smith, with Nick Ross and Lance Hughes rounding out the podium. Smith and the Nissan of Nick Ross battled throughout the race, before a decisive move by Smith saw him take the lead and eventually onto the race win.

Race three was won by Smith, followed by teammate Lance Hughes with Rob Wallace in third.

Smith won the weekend overall with Hughes claiming third spot, with Wallace in third spot of the podium.

Race three of the weekend saw plenty of drama in front of the Manfeild crowd when Nick Ross retired after the radiator on his Nissan failed, forcing him to retire after just a handful of laps.

Smith battled for most of the race with his Hamilton Motorsports teammate Lance Hughes, who at times looked to put a passing move on his young teammate.

For Smith however, it was a weekend, which saw him, extend his Championship lead with one round remaining at Hampton Downs next month.

“The weekend was good.  The DNF for Nick was unfortunate, but it re-opens our gap in the Championship following our DNF and Teretonga last month.

“The Championship is there, but we could very nearly have a DNF like he did. There is a long way to go yet.”

Class two was won by Matt Podjursky, who like his nearest rival, Justin Ashwell, battle issues throughout the weekend and even lost his points in race two following contact with Ashwell.

“We lost some points this weekend due to a penalty following race two. Still a long way to go, three more races and three more lots of points up for grabs next month at Hampton Downs.”

The sixth and final round of the BNT V8s will be held at Hampton Downs, March 8-10.