Next Marcus vs Liam battle free on Friday at Hampton Downs 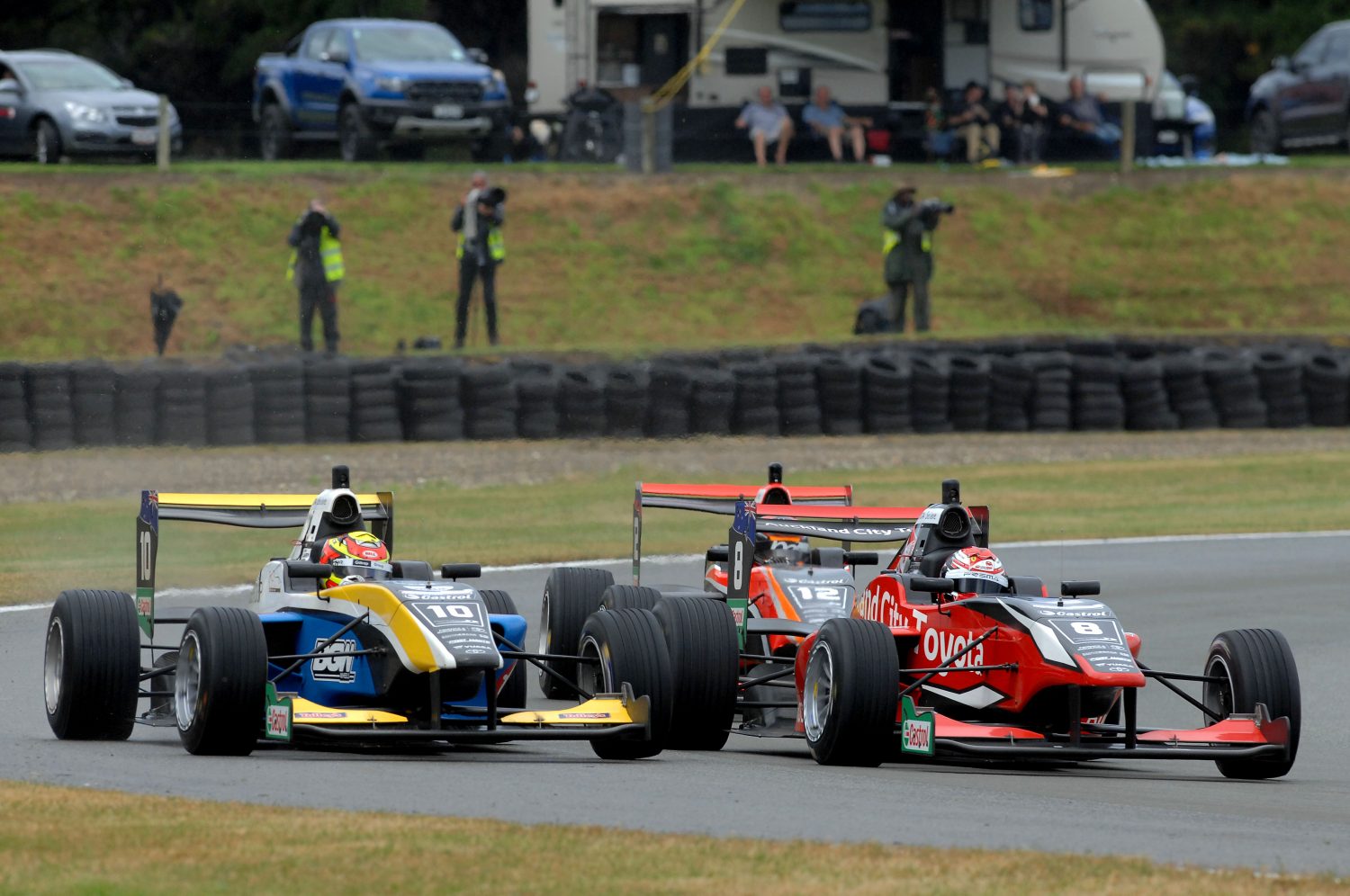 One of the most eye-catching motorsport rivalries in New Zealand for years will get its next instalment on Friday this week at Hampton Downs, and it’s going to be free for fans.

The cancelled Sunday morning race from Teretonga last weekend will be played out around the North Waikato track ahead of the main weekend of action at the New Zealand Motor Cup meeting and based on the four races that have so far been run in the 2019 Castrol Toyota Racing Series, it’s set to be an absolute blockbuster.

The grid for the race – which will take place on Friday at 4.25pm and will run over 20 laps of the National Circuit – has already been decided and will be the finishing order of the Saturday race at Teretonga with the top six finishers starting in reverse order. That will put Japan’s Kazuto Kotaka on pole position and Austria’s Lucas Auer, who has driven in current Formula One machinery in post season testing and has four years of experience in the DTM, on the front row.

Joint series leaders Marcus Armstrong and Liam Lawson finished first and second last Saturday and will therefore start fifth and sixth on the grid, leaving them with plenty of work to do if either is to add to their tally of wins. It should make for some fantastic entertainment for anyone coming along to watch,

“Teretonga’s race cancellations were a disappointment to everyone including SpeedWorks and we are actively considering ways to make good for the fans who missed out last weekend,” explained SpeedWorks owner Geoff Short.

“The missing races have to be run and we have been working alongside Toyota over these past couple of days to see if we could do anything with the races that would benefit the fans. One thing we could immediately do was to include one on our Friday schedule towards the end of the day this week. Entry is free on Fridays anyway, but this one is now a bit special.

“There will be practice sessions for all classes throughout the day to watch, including the TRS and Formula 5000 cars and as a highlight for anyone coming along, the next, much-awaited instalment between Liam and Marcus and the rest of the internationals will complete the afternoon of track action. An added bonus is it minimises time for volunteers and means the busy weekend schedule is not impacted.

“It’s still school holidays and with it being a Friday afternoon and the weather forecast looking good for the rest of the week and the weekend we hope there will be plenty of people keen to come along and enjoy the experience, have a look around the paddock, meet some drivers and of course, see the young guns go for it in the race.”

Last Sunday’s feature race – the second of the cancelled races – will now be added to the schedule for the Denny Hulme Trophy meeting at Bruce McLaren Motorsport Park Taupo, which is the fourth round of the Castrol Toyota Racing Series over the weekend of February 2nd and 3rd.