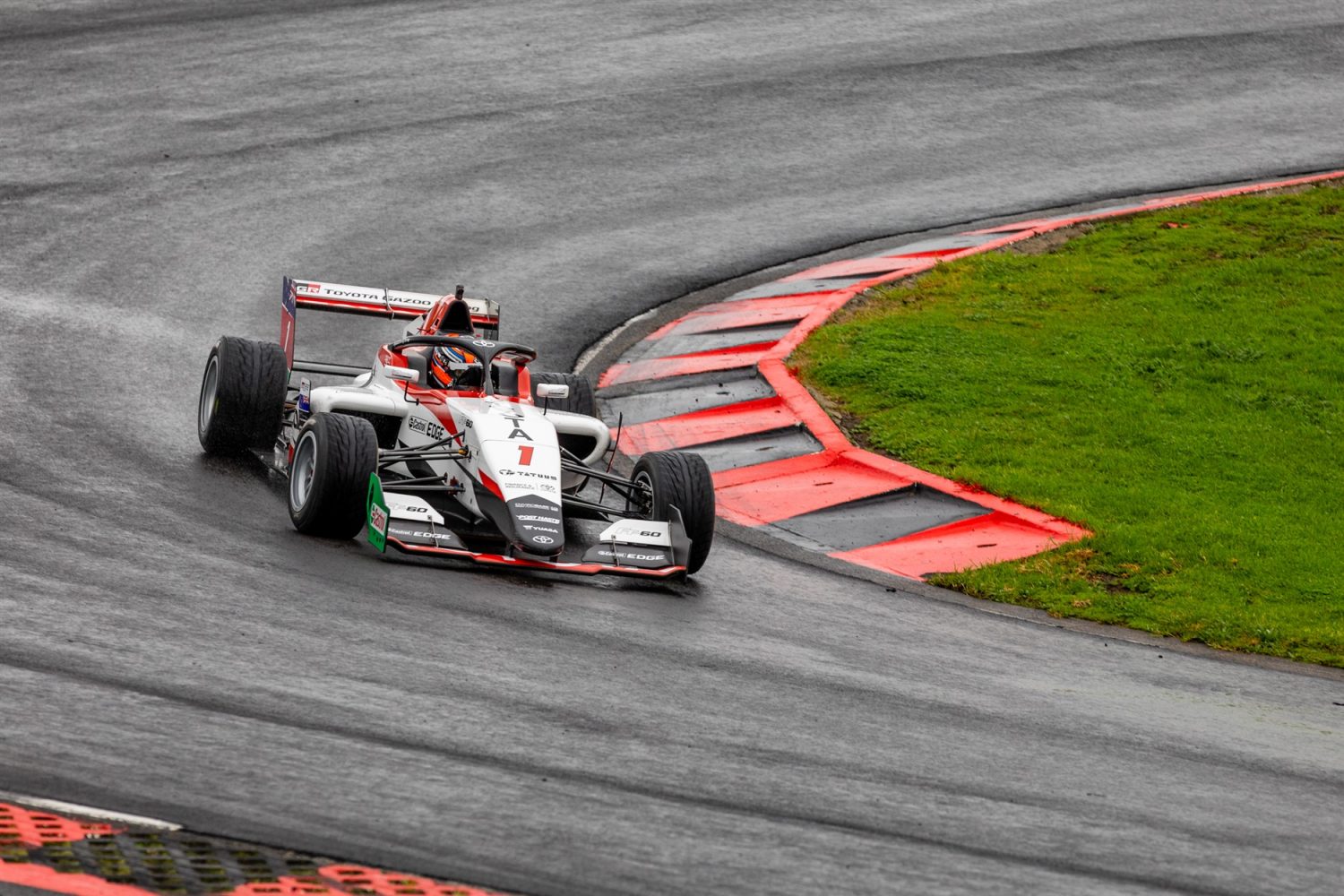 Kiwi racer Rowan Shepherd has completed a full day of testing in Toyota’s FT60 TRS car at Hampton Downs, impressing TOYOTA GAZOO Racing New Zealand engineers with both his speed and his rate of improvement throughout a rainy and difficult day.

The official test in the current generation Castrol Toyota Racing Series car was part of Shepherd’s prize as the 2021 Best Bars Toyota 86 Championship winner and despite wet track conditions and unpredictable weather, he enjoyed the opportunity and the test immensely.

“It’s been a long time coming,” said Shepherd afterwards. “I’ve wanted to test a junior formulae car like this for a long time and it was great to get out there and have a full day with it, even in the wet. It took a while to get used to the lack of ABS after four or more seasons driving cars with that, but it came bit by bit and I was able to make some great strides with Chris van der Drift giving me plenty of good advice and input.

“It’s only really made me want more now. I am really keen to see what I can do with it in the dry and also to drive the car at a speed when it is generating all of its downforce, which you don’t get when it’s wet of course. Overall though a great day and I loved it.”

The full day test saw the 29 year old Kiwi complete around 80 laps of the National circuit at the North Waikato facility under the guidance of the TGRNZ test team led by Castrol TRS category manager Nico Caillol. Despite difficult conditions for what was his first junior formula wings and slicks test, Caillol was impressed.

‘There’s always a bit of adjustment to make to get used to the way the car brakes and feels compared to a saloon car, especially in the wet,” he said “But Rowan gained confidence after each of the sessions and improved throughout the day. He’s obviously very talented and it would be great to see him compete in the full series on circuits he knows extremely well.”

With testing dates every month for the next five months at the North Waikato track, there is a great opportunity for more Kiwis to test the car as well as Australian drivers.

The next test is later this week at Hampton Downs with additional dates also available in July, August, September and October. Whilst all are scheduled for the popular North Waikato circuit, it is also possible TGRNZ will test at other circuits in New Zealand during the same period once its 2022 championship calendar is confirmed.

The FT60 testing opportunities represent incredible value for money in terms of track time and engineering support from TOYOTA GAZOO Racing NZ. Half and full day options are available and in both cases drivers get practice runs with full engineering and data analysis support, driver coaching and a fresh tyre run at the end of their session.

The programme will also feature testing opportunities for the Best Bars Toyota 86 Championship.