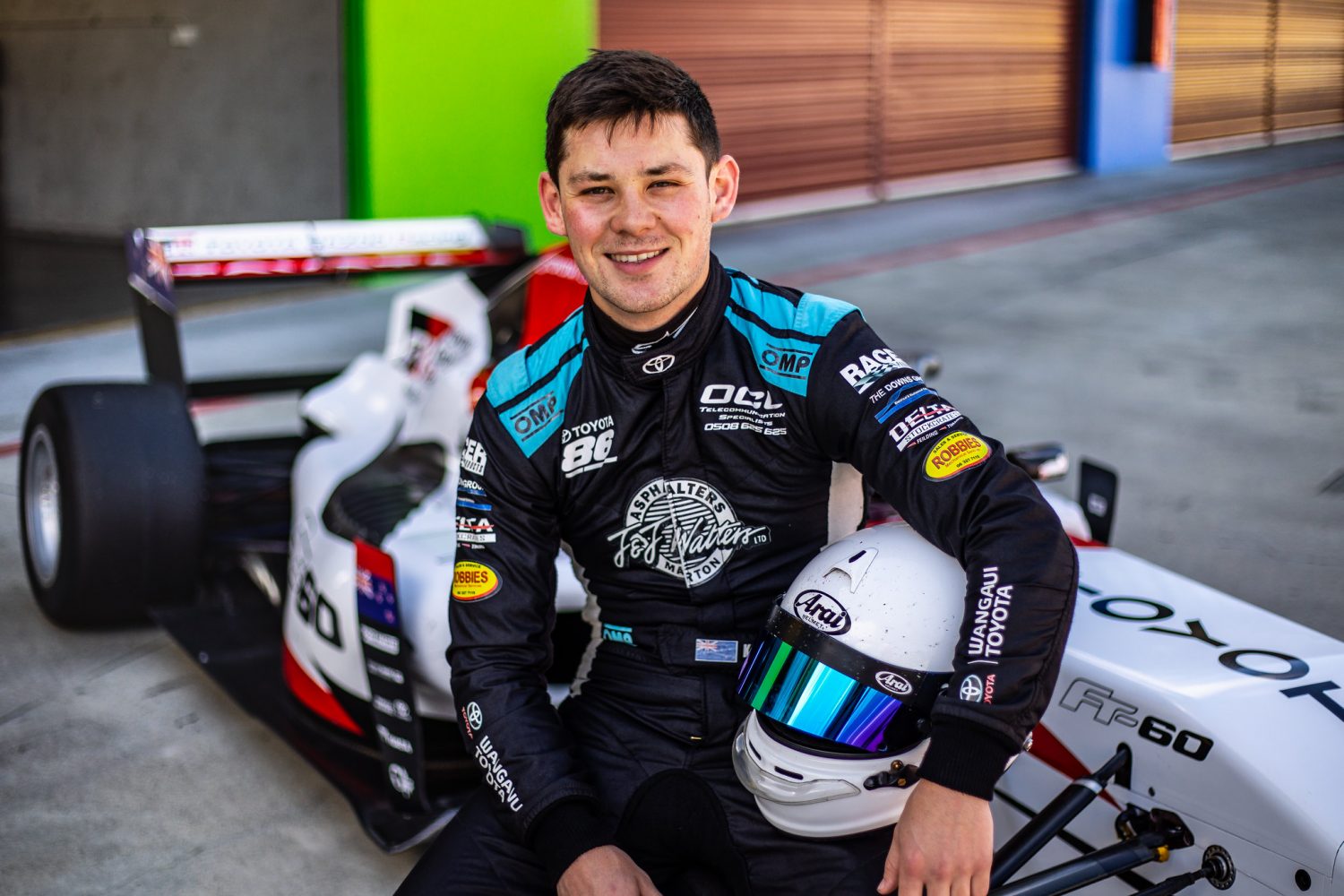 Up and coming New Zealand single seater racer Kaleb Ngatoa is the latest driver to be confirmed for the 2021 Castrol Toyota Racing Series.

The Marton-based racer will compete in the full three round 2021 Castrol Toyota Racing Series, which will begin with the 66th New Zealand Grand Prix at Hampton Downs over the weekend of January 22-24.

He’s tested both the current Toyota FT60 car at Hampton Downs and the earlier FT50 extensively at Hampton and Manfeild and although he hasn’t raced on the full international track at Hampton Downs, he’s aiming to be amongst the front runners.

“Honestly I feel really comfortable in the car and am enjoying the speed and grip compared to what I have driven before,” he said.

“Most of all though, it’s going to be great to be part of the Grand Prix and the series. To have the chance to race in the Castrol Toyota Racing Series is huge for me and the Grand Prix is so special isn’t it? I would love to add my name to the trophy. Every Kiwi driver knows how cool that would be and what an honour it would be to have my name on there with some of my motorsport heroes and mentors.”

Before switching to circuit racing, 19 year old Ngatoa was one of the country’s most successful karting talents. He started karting in 2011 and immediately shot to prominence by winning the cadet class of the NZ CIK Trophy. Two seasons later he was on the top step of the championship podium again winning the 100cc Junior Restricted Class of the Kartsport NZ North Island Sprint Championship.

In 2016 he won the Giltrap Group Kartsport NZ Sprint Championship in the Junior Rotax class and demonstrated a seamless transition to circuit racing in the same year by winning the Formula First winter series run at Manfeild, Circuit Chris Amon. Second in the national championship followed a year later. A season in Toyota 86s was followed by a challenging season in Formula 1600 where he was hampered by mechanical gremlins.

He’ll be running in the Castrol Toyota Racing Series against top names and is looking forward to the challenge of racing against them and some of his contemporary rivals.

“I am working one hundred per cent to be ready for the start of the championship and thinking about ways I can improve myself and the car in the time until it begins,” he said. “I am sure the other drivers will be doing the same and I can’t wait to be out there racing with them.”