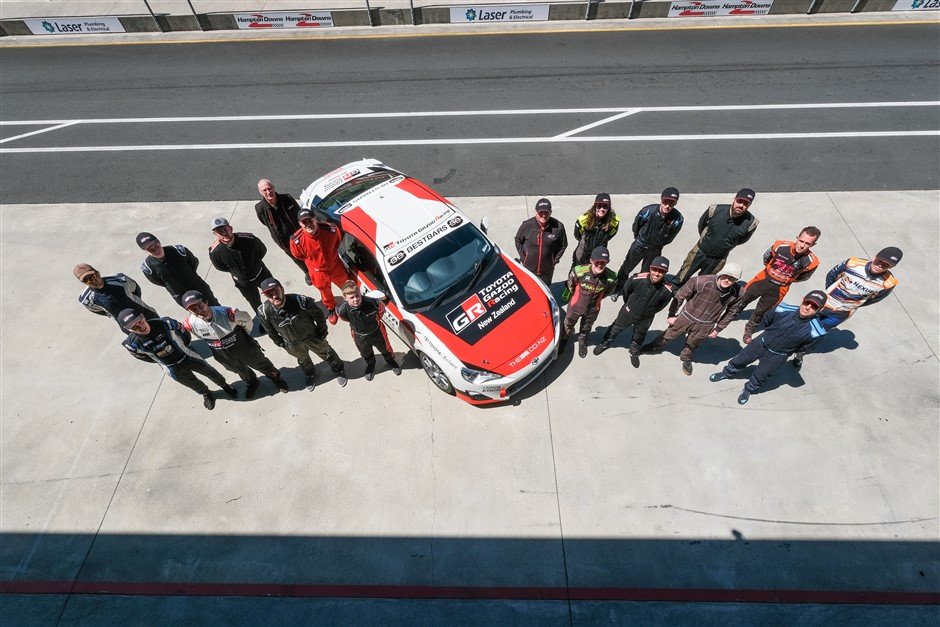 TOYOTA GAZOO Racing New Zealand (TGRNZ) will enhance the Best Bars Toyota 86 Championship’s status as the number one stepping stone for up and coming Kiwi racing talent with the biggest ever prize pool for a New Zealand motorsport series.

Seventeen up and coming racers were on hand at Hampton Downs today (Friday) to try out the thoroughbred TR86 racer in an exclusive test day and hear about the unique 2021 season prize package.

Having already committed $500,000 in Covid-19 relief to the Kiwi Driver Fund to help up to ten drivers into the Castrol Toyota Racing Series, Toyota New Zealand is also putting a further $100,000 into the Best Bars Toyota 86 Championship prize pool. That will make it the biggest prize pool ever for a domestic New Zealand motorsport category.

Masters and rookies aren’t forgotten in the prize fund either. The winners of those categories will secure up to $10,000 in TGRNZ credits or $5000 cash.

“We’ve seen with the success of Peter Vodanovich and Jaylyn Robotham in securing significant deals to race in V8 Supercars that the New Zealand Toyota 86 category is on the radar for all of the major motorsport players in this part of the world,” said Category Manager Geoff Short.

“Toyota New Zealand supports the Toyota 86 Championship with guaranteed television coverage and hospitality, providing a professional platform for competitors to gain sponsorship. TGRNZ also backs up the series with technical support and provides a 40 foot container of parts to make it easy to go racing at a national level.”

The test day today was one of the busiest the category has ever organised with drivers from single seaters, saloons, off-road and drifting keen to try the car and have a taster of the Toyota TR86 racing series.

The 2021 Best Bars Championship will run over five televised rounds at North Island tracks from January until March.