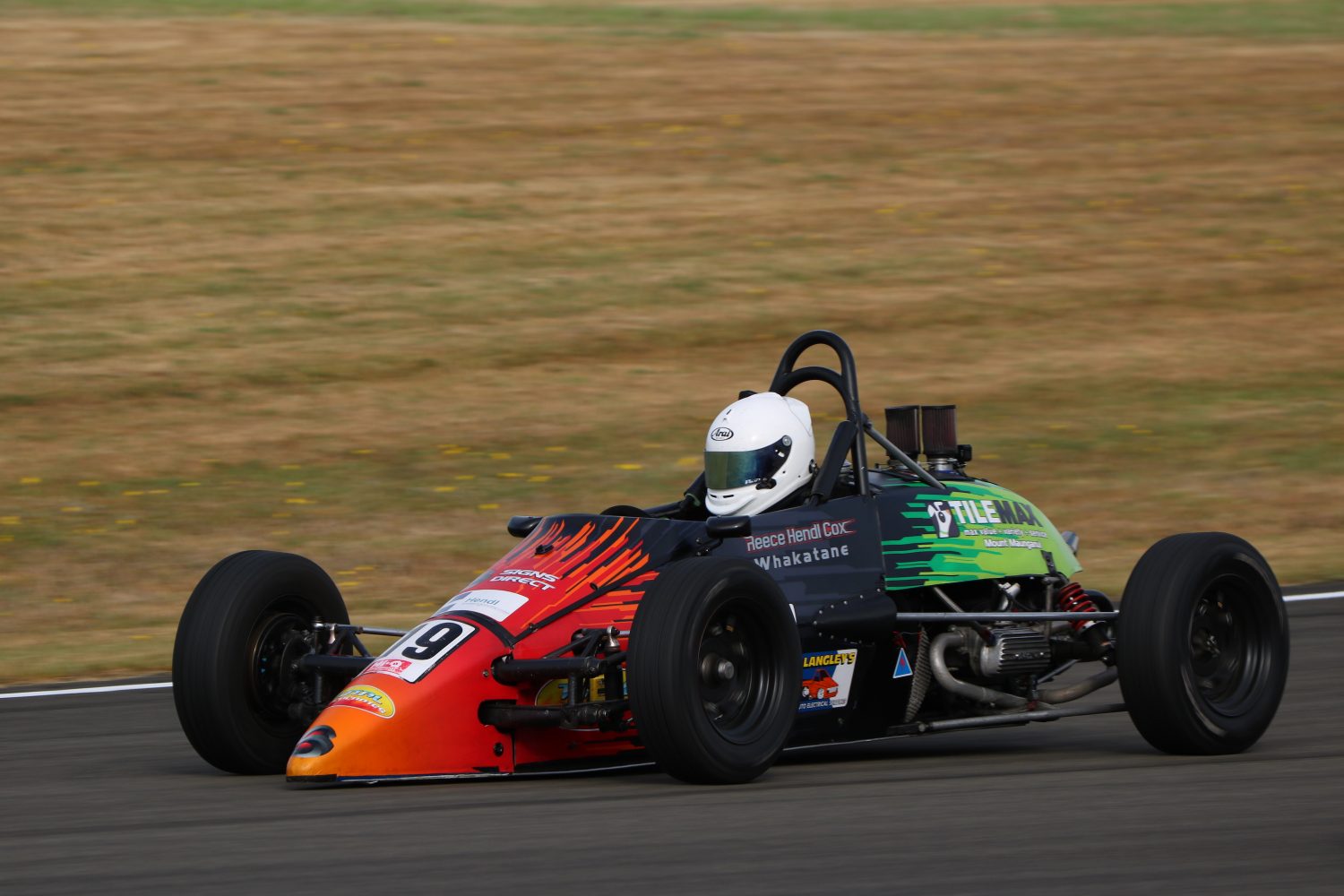 The Hi-Q Components NZ Formula First Championship will end one round early after the series organisers decided to declare the 2019/20 Championship amid the ongoing COVID-19 uncertainty.

Hendl-Cox’s season can be summed up with a similar word to his maiden title-winning season. Dominant. The 19-year-old Whakatane racer took four-round from seven round wins and 11 of 21 race wins. Perhaps more impressive that fact that Hendl-Cox finished on the podium in every race except one where he had a technical issue which dropped him to 12th.

Finishing runner up in the standings by 103-points was Chris Symon. Symon put up a hard fight against the eventual champion, taking the remaining ten races of the season. Reliability ultimately let Symon down, as two DNF results left any championship hopes begging.

Finishing in third was Liam Foster, 81-points behind Symon. While Foster had another winless season, consistent podium finishes saw him net an overall round win on his way to third in the points.

The highly coveted and hotly contested rookie of the year title goes to Hamilton teenager Asten Addy. Addy proved consistency is key when building points finishing inside the top ten in every race bar two and scoring two podium finishes.

A late-season charge wasn’t enough for fellow rookie Leo Scott to knock Addy off the top spot. Although the Whangarei youngster scored two podium finishes on his way to fifth overall, reliability issues hampered his efforts.

Ron Carter grabbed sixth overall in the points and was the of the sunset (over 40s) drivers home. Amy Smith managed seventh despite a wide range of mechanical issues including missing an entire round after an engine issue.

Despite a strong start to the season with a third place in race one, SpeedSport Scholarship driver Matthew McCutcheon’s season struggled to recover from his monster crash in race nine at Pukekohe Park. McCutcheon finished eighth overall and was the third rookie home.

Rookie racer Bree Morris took ninth overall after many strong top ten results. Just one-point behind her was Kyan Davie, grabbing tenth overall in his second season in the championship.