Quick Turnaround for V8 Teams Ahead of Manfeild 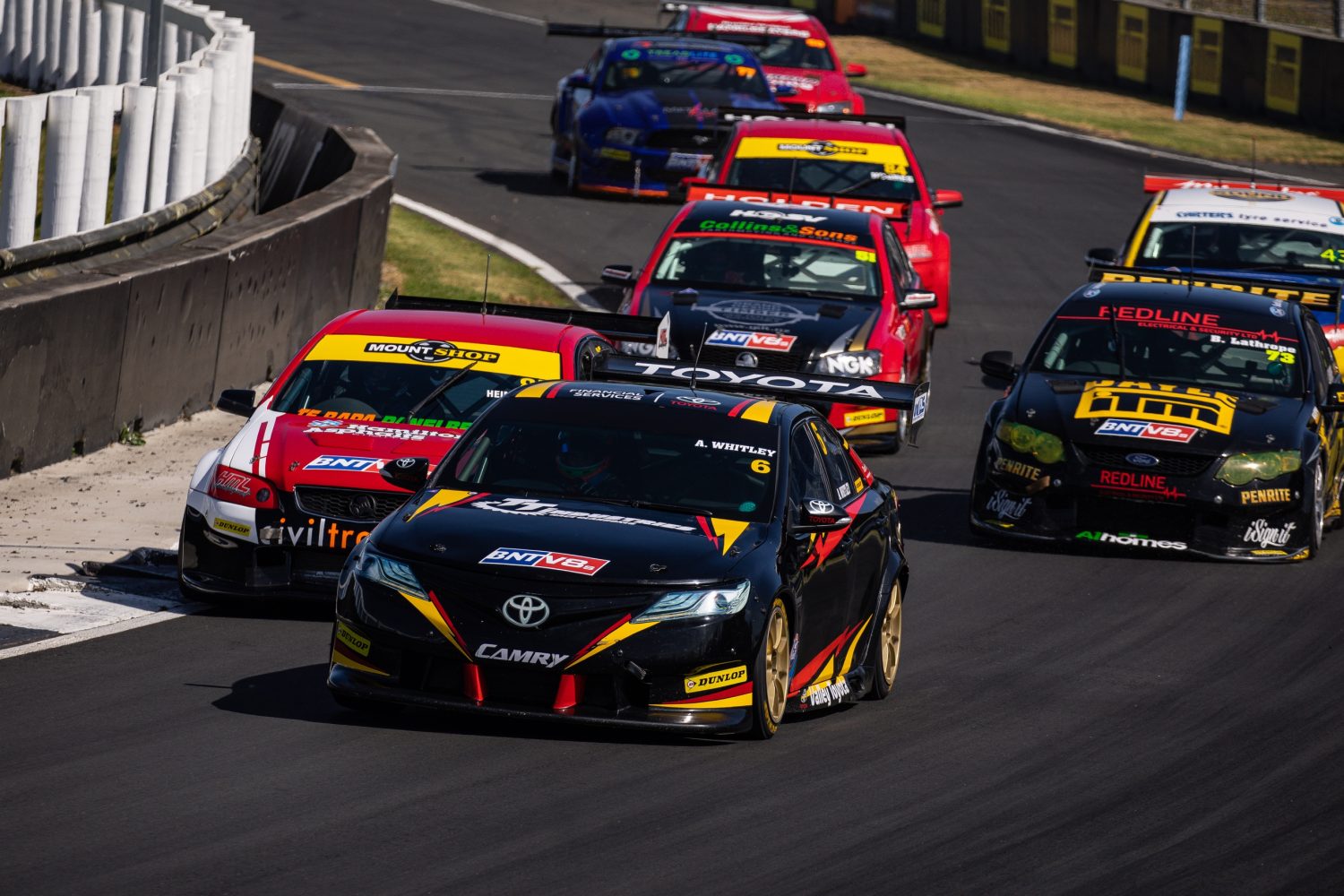 The BNT V8s line-up again this weekend for the third round of their Championship at Manfeild, after a quick turn around following Round Two held at Pukekohe last weekend. Quick Turnaround for V8 Teams Ahead of Manfeild

Starring over the weekend was Australian driver Alexandra Whitley, who claimed three second placing’s across the weekend’s three races – in just her second round aboard the Richards Team Motorsport Toyota Camry.

“I worked a lot with my engineer this weekend to make sure we came out firing. Was great to be rubbing shoulders with Andre, even managed to beat him off the line in that final race. Great to get three podiums for the team, and even better for me to improve every time I get in the car,” said Whitley.

The unrestricted BNT V8s Open class was won by Sam Collins of Cambridge, who took his wild Ford Mustang to three race victories over the weekend, ahead of the Holden’s of Eric Hennephof and Blair McDonald.

Also lining up on the grid this weekend will be Heimgartner’s teammate, Lance Hughes in the second Hamilton Motorsports entry.

16-year-old south island racer, Brayden Phillips lines up in his Ford Falcon SuperTourer. The youngster quickly getting to grips with his V8 and will be one to watch at Manfeild.

Brad Lathrope returns in his Ford Falcon SuperTourer for what is his third season in Class One of the Championship.  Tauranga’s Rob Wallace will also line up in his ex Greg Murphy Holden Commodore SuperTourer.

The BNT V8s Open class is headlined by the Collins Motorsport Ford Mustang of Sam Collins, and will be joined by the Holden Commodores of Eric Hennephof and Blair McDonald.  Also look for the Ford Falcon of Shane Whitley.

The BNT V8s will have three races over the weekend.