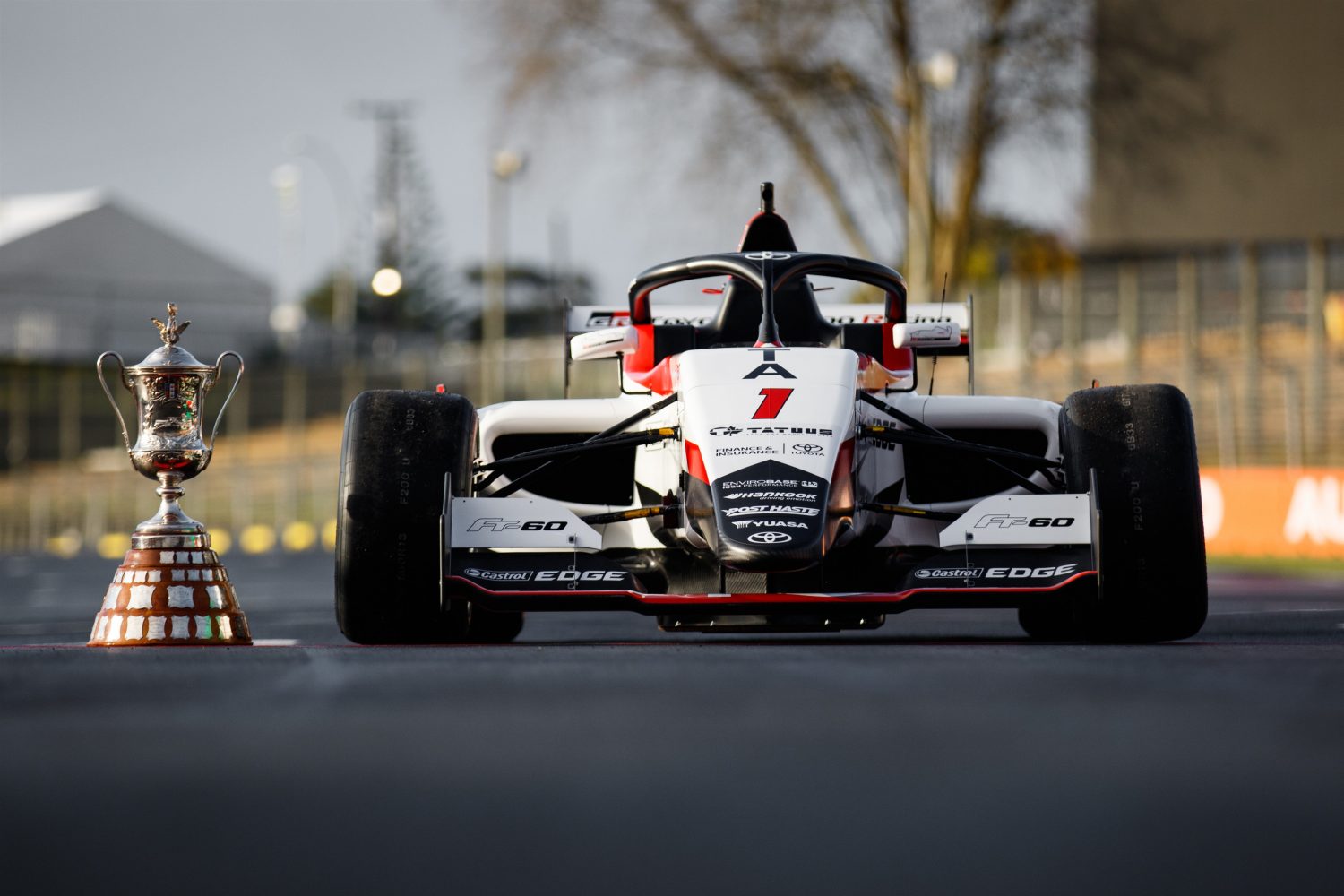 The New Zealand Motor Cup – one of the oldest and most iconic trophies in Kiwi sport – returns to what many believe is its spiritual home this weekend as the Castrol Toyota Racing Series young guns compete for the spectacular trophy at Pukekohe Park.

It is the first time the TRS cars will have run at Pukekohe since the first generation machines competed there in 2009 and follows extensive development and resurfacing work at the track. The circuit configuration for the weekend will include the complex on the main straight and 18 of the top young drivers in the world will all be fighting it out to put their name on the famous trophy.

Brazilian sensation Igor Fraga took the Denny Hulme Memorial Trophy and the Castrol Toyota Racing Series championship lead in dramatic style last weekend and heads to the Motor Cup this weekend as the man to beat. Fraga’s cause was helped considerably by the endless drama that ensued behind him in the 25 lap feature race. It was a race that featured three Safety Car periods and one that dramatically affected the championship standings and gave the eSports champion the initiative and momentum with two rounds of the 2020 championship remaining.

It was a tough afternoon for Kiwi champ Liam Lawson. Having made an average start and lost a couple of places, the champion had a fight back on his hands but got on with the job in impressive style. He fought his way to second and then set about catching the leader Fraga and got his chance at a pass on the first restart sitting on Fraga’s outside as they went head to head around the first turn. A wild ride over the outside kerbs did little to diminish his enthusiasm and he was a constant thorn in the Brazilian’s side until his lap ten retirement with technical gremlins.

There’s no question that Lawson has the pace and more importantly the passing ability to win. He overcame a couple of setbacks last season to win and this time around will know he can do it. What Fraga has is speed in abundance, consistency and an ability to come through any dramas on the track to bag the points. It’s a fascinating head to head as the drivers square up again this weekend.

There’s plenty of modern motorsport action to keep the fans happy too. The Saturday evening of the weekend will also include a round of the New Zealand D1NZ drifting championship, meaning the action will definitely be from dawn until dusk to keep the fans happy and entertained. The drifters practice and qualify on Friday evening too. Teretonga winner Cole Armstrong is running, as is Fanga Dan in his monster Mustang. It’s one of the best drifting championships in the world and is a ‘must see’ for any motorsport fan.

The V8 brigade are back too with the BNT V8 series. V8 Supercar ace Andre Heimgartner is down to be one of the field this weekend as the Aussie season draws ever closer.  There’s the Hi-Q Formula First Championship, the ITM NZ Formula Ford Championship, a gigantic field of 35-plus BMWs, and Honda and Ssangyong fields to enjoy too. There’s practice and D1 NZ qualifying on Friday, qualifying and the first race for the circuit specialists and the D1NZ round on Saturday, and a full day’s racing on Sunday ending with the big one – the NZ Motor Cup.