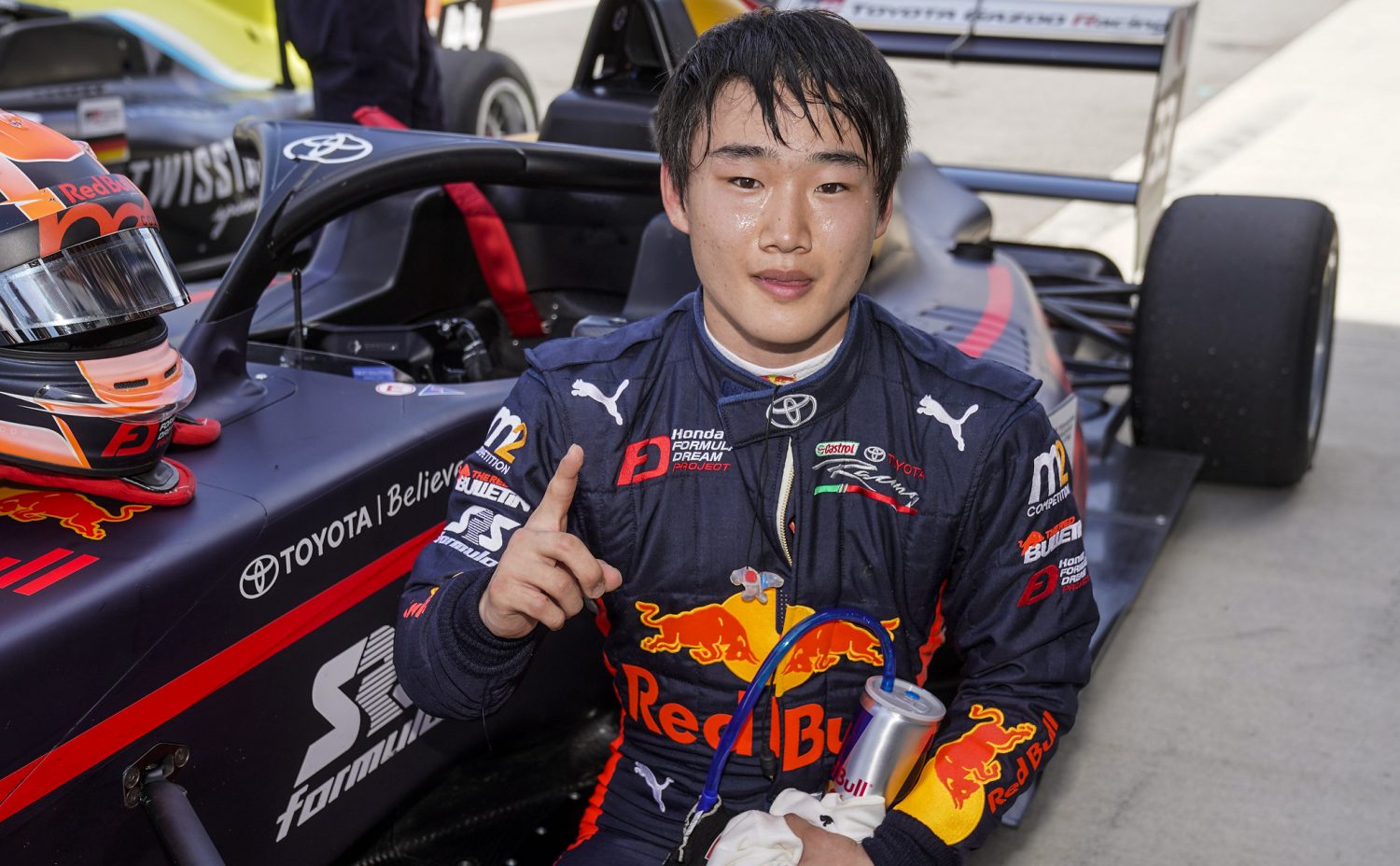 Red Bull Junior Yuki Tsunoda put his marker down as a contender for the 2020 Castrol Toyota Racing Series at Highlands Motorsport Park, winning the second race of the weekend with ease.

With the grid based on the results of Saturday’s first race and the top six starting in reverse finishing order, Tsunoda found himself starting second on the grid behind Denmark’s Oliver Rasmussen. The Japanese driver, heading for Formula 2 in 2020, made the better getaway and took the first corner a couple of car lengths to the good ahead.

Behind them, Saturday winner Liam Lawson started sixth and made quick work of Igor Fraga who started one place ahead of him and then immediately set off after Swiss racer Grégoire Saucy, who started his Giles Motorsport run car from the third spot on the grid.

As they surged around the first lap, it was Tsunoda, from Rasmussen, then Lirim Zendeli, Saucy, Lawson, Fraga, Caio Collet who started seventh after his Saturday penalty, then Franco Colapinto, Petr Ptacek and Aussie young gun Jackson Walls running nose to tail.

Collet’s weekend went from bad to worse on lap two when he hit the barriers and damaged his rear suspension enough to force him into the pits at the end of the lap and retirement. That elevated Colapinto to seventh, Ptacek to eighth, Walls to ninth and put Emilien Denner in tenth. Denner was continuing to impress and going very well indeed in his first weekend out of karting and in circuit racing.

The race settled down with Tsunoda quickly building an advantage over Rasmussen that hovered around one second. The man on the move through the early stages was the impressive Colapinto, showing the pace he had in the morning’s qualifying session and looking threatening as he piled the pressure on Fraga. After five laps the order remained unchanged with Tsunoda ahead of Rasmussen, Zendeli, Saucy, Lawson, Fraga, Colapinto, Ptacek, Walls and Denner.

Tsunoda built his lead up during the second half of the race to almost two seconds and left too much for Rasmussen to do, even though the mtec Motorsport driver made huge inroads into his lead as the laps counted down. Try as he might, Rasmussen could not find a way past Tsunoda, who looked well in command as the race went into its final stages.

“The beginning of the race to the middle was quite fast compared to the others,” said the nineteen year old. “The car balance was very good but toward the end of the race it did get quite tough. The car behind was quicker than I was so it definitively wasn’t as easy as it looked. I was trusting my engineer that the pace was still there and was just trying to not make a mistake as passing here is difficult.”

Behind the top two, Zendeli bagged his second third place of the weekend while Grégoire Saucy came home fourth. Lawson gave the home crowd something to cheer about with a spirited attack on the Giles Motorsport racer, once again pushing hard and getting the most out of his car and himself as he piled on the pressure. Grégoire, however, had him covered and held on for fourth. Behind Lawson, Fraga finished sixth, Colapinto a fighting seventh, Ptacek eight, Walls ninth and Denner completed the top ten.