Stars of the past and present fill monster Highlands F1600 grid 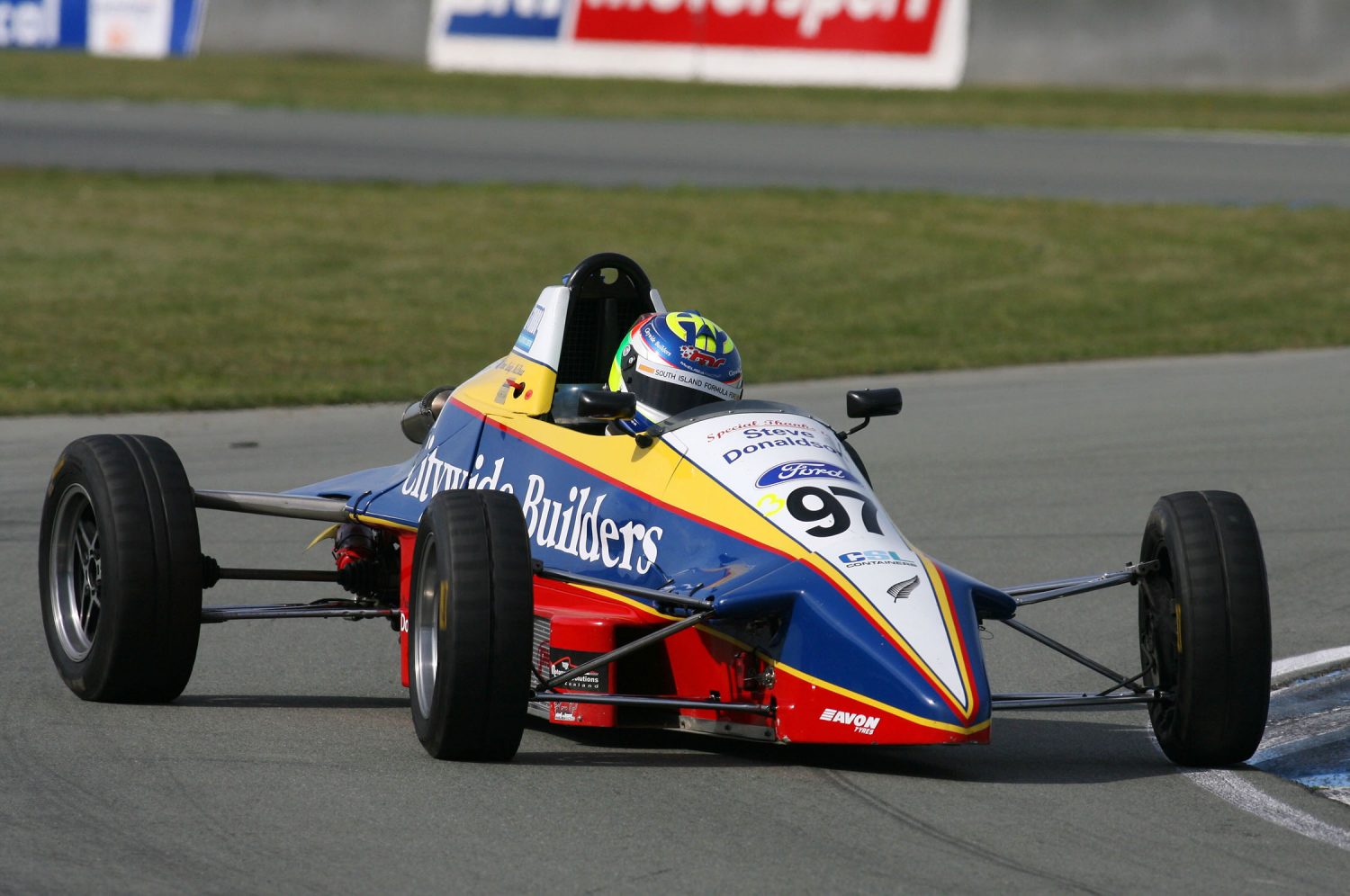 A near capacity grid of 34 cars for the first ever visit by Formula 1600 to Highlands Motorsport Park is crammed with interest and intrigue and guaranteed to excite.

With just three rounds remaining of the South Island F1600 series, Dunedin’s Cameron Freeman currently leads the title chase with a narrow 25-point lead over Christchurch’s Bailey Paterson with rookie driver Zac Christensen in third. But it’s the gigantic field all set for the January 18/19 Speed Works Motorsport Championship weekend that will have race fans heads turning in Cromwell, as it echoes some of Formula Ford’s golden years.

Wheel to wheel action is guaranteed – as it always is with F1600 cars – but this motorsport time capsule comes with even more surprises when you take a look at the list of entries. That’s because this one features three of the top drivers from the category’s heydays as well as the young guns of the new era.

1990-91 champ Andy McElrea is a starter, as are his rivals from the same era Tim Miles and Nigel Barclay. Today, McElrea Racing is one of the top race teams in Australasia providing preparation, engineering and driver coaching and competes with distinction in Australian GT, Carrera Cup, GT3 Cup Challenge- in which it runs Miles. The team has countless wins, podiums and championships to its name, but for the team founder it all started in the FF1600 class in New Zealand.

Intriguingly, Andy McElrea 2020 races the exact same Van Diemen RF88 that he won the title with almost two decades ago.

As well as the flat out trip down memory lane, the Cromwell weekend is also set to include several top national Formula Ford title contenders. With their only South Island round in the 2019/20 NZ Formula Ford Championship a week after Cromwell at Teretonga, some drivers have elected to stay race-fit and compete at Highlands as well.

“It’s going to be an absolute cracker,” said Speed Works promoter Geoff Short. “Everyone who has ever raced in the category or followed it will be intrigued to see how a packed field of F1600s will go around Highlands and we are delighted to be promoting this special debut. It’s the biggest field of the weekend too, and a category most if not all drivers at the weekend will have driven in.