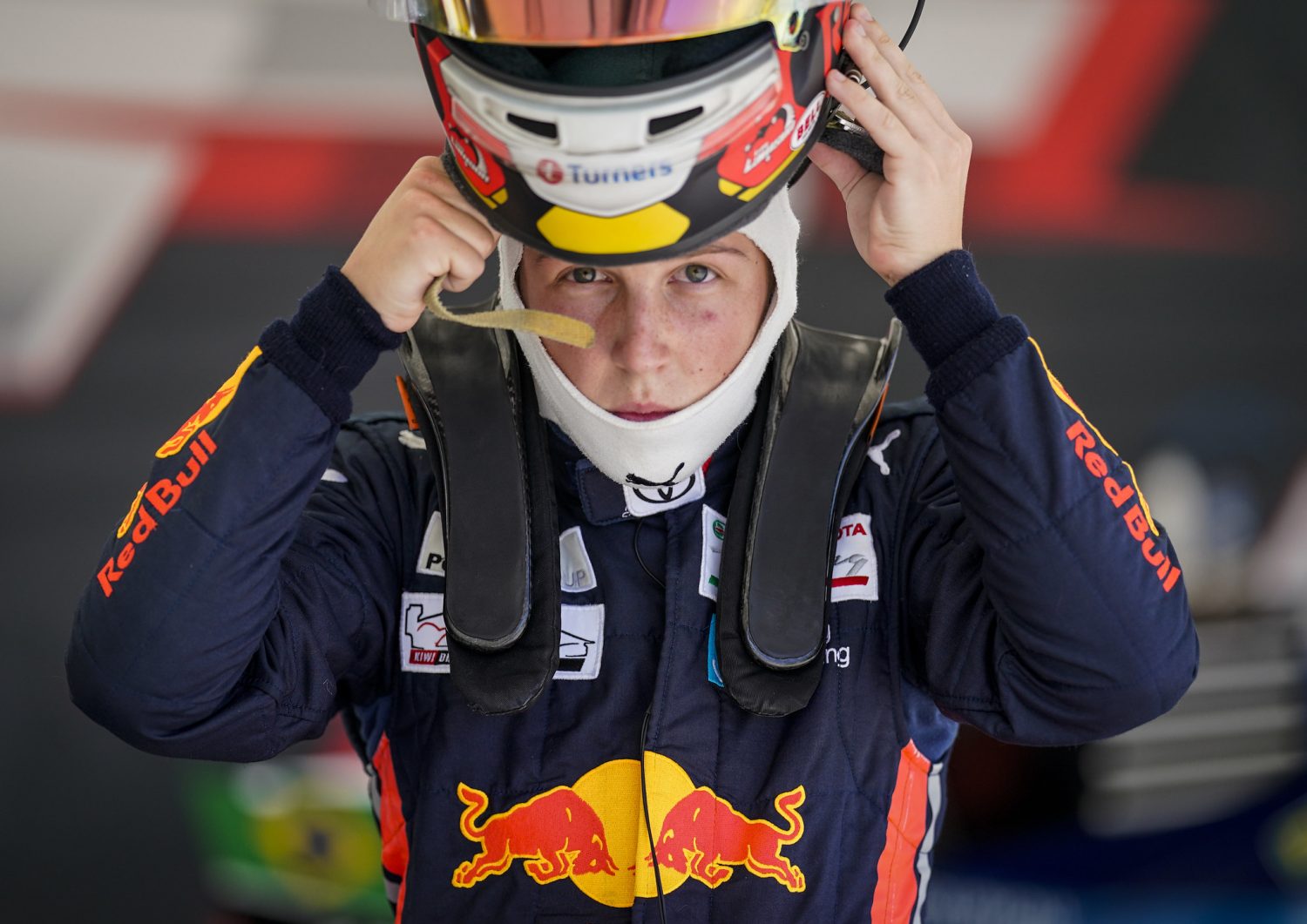 Kiwi Liam Lawson was the class of the field last weekend in the opening round of the Castrol Toyota Racing Series, winning two of the three races at Highlands Motorsport Park and lifting the Dorothy Smith Memorial Cup for a second year in the process.

This weekend in Invercargill he’ll be aiming to maintain his excellent form and take out the Spirit of a Nation Cup as the series heads to Teretonga for Round 2.

It wasn’t all plain sailing at Highlands for the Red Bull Junior racer, however, and he was lucky that Brazilian Caio Collet who matched him for pace in the new Toyota FT60 had such a dire weekend.

Collet took the first pole position and won the championship’s first race but was given a five second penalty for doing a practice start on the warm up lap. It seemed a little harsh, but rules are rules and it forced him back down the finishing order to seventh.

It also set off a chain reaction that ruined his whole weekend. From seventh on the grid in the second race, he hit one of the unforgiving concrete walls that line the Highlands circuit and was forced to retire. A front row start for the feature race after a blistering qualifying performance then came to nothing when he pulled in at the end of the warm up lap with more damage from his earlier accident that had been undiscovered until he took to the track again.

With race finishes and points being so important in the short Castrol Toyota Racing Series, he really does now need to finish every race and finish well up. One thing’s for sure though, the Renault Junior has the pace to challenge Lawson.

Lawson was impressive too at Highlands, quickly getting to grips with a new car and hustling it around the circuit in record pace in a short space of time. That’s the mark of a great racing driver and it has given him the jump in this year’s championship. It will be fascinating to see just how quickly he can go around Teretonga and whether there is anyone who can live with the pace.

With Collet contemplating the work he has to do to get back in the championship chase, the major challenges to Lawson this weekend in Teretonga could come from Kiwi Motorsport’s Argentinian Franco Colapinto and Brazil’s Igor Fraga.  Both demonstrated considerable South American flare on their Castrol TRS debuts as did Japan’s Yuki Tsunoda, who won Saturday morning’s race.

There were moments of real speed from Lirim Zendeli and Grégoire Saucy for Giles Motorsport too and they could be factors over the weekend. With Collet showing great pace for mtec Motorsport, there’s plenty for the teams to play for too with performance between them largely similar.

Colapinto worked on the set up of his car over the weekend and had it ‘on point’ by Sunday, immediately vaulting himself into contention. Fraga, an e-Sports world champion as well as a supremely skilled driver, was solid, consistent and fast throughout the weekend and made no obvious mistakes.

The action from the young guns this weekend includes practice sessions on Thursday and Friday, with qualifying and a race on Saturday, plus a second race and qualifying and the feature race for the Spirit of a Nation Cup on Sunday.