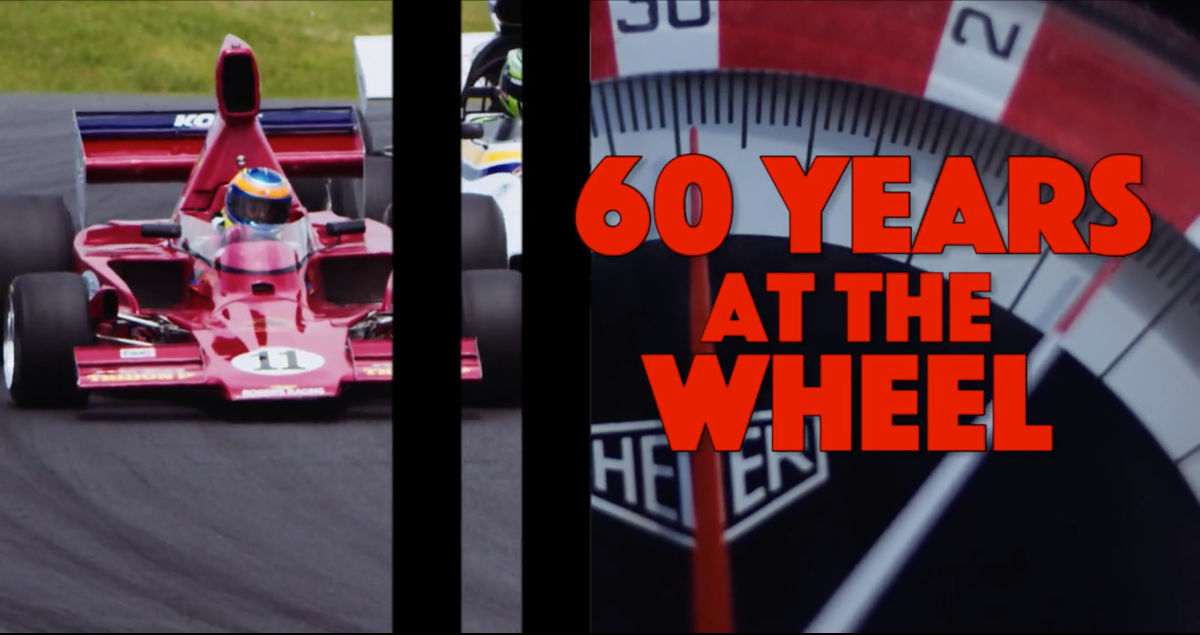 The highly anticipated feature-length documentary on Ken Smith, ‘60 years at the wheel’ is set for a series of screenings at cinemas up and down the country.

Regarded as one of New Zealand’s best drivers, 78-year-old Smith is still competing to this day and is expected to line up for his 49th New Zealand Grand Prix at Manfeild in the middle of February.

The film follows Smith’s 60th year of racing, starting at the 2017 Pukekohe Supercars event in his Formula 5000 through to his 47th New Zealand Grand Prix in February 2018. The film also goes with Smith on his trip to America where he competed in the 50th Anniversary Monterey Motorsport Reunion meeting at Laguna Seca where nearly 50 F5000 cars competed.

“I love going racing, it’s a terrible disease that I can’t get rid of!” quipped Smith.

“It’s a thrill to see the movie come to life, I’m honoured that Adam has put in all this hard work to share my story with everyone.”

Adam Jones, the film’s producer, has filmed, edited and marketed the vast majority of the project. Filming began back in mid-2017 and the final sound mix and cut was just completed this January.

“It’s been a big project for me,” said Jones.

“I’ve always thought this is a film that just needs to be made and with Ken celebrating 60 years of racing that seemed to be too good an opportunity to miss.

“A feature-length documentary is, of course, a massive undertaking especially with 60 years of archive to material to find and get the rights to. The project got underway with a Kickstarter campaign which told us that there was definitely an appetite for the film.”

Fans will now get a chance to see the fruits of Jones’ labour with a series of screenings taking place around the country.

South Island fans will be able to see the film on the 30th of January at Christchurch’s Lumière Cinemas with tickets available on the cinema’s website, followed by a showing in Timaru on Wednesday 5th February with tickets on Eventbrite.

In line with the New Zealand Grand Prix, Palmerston North’s Event Cinemas will have a viewing on Thursday the 13th of February with tickets again available on Eventbrite.

Jones says he is working hard to make the film available in other locations in both North and South Islands.