Blanco to fill in at Kiwi Motorsport for Highlands and Teretonga 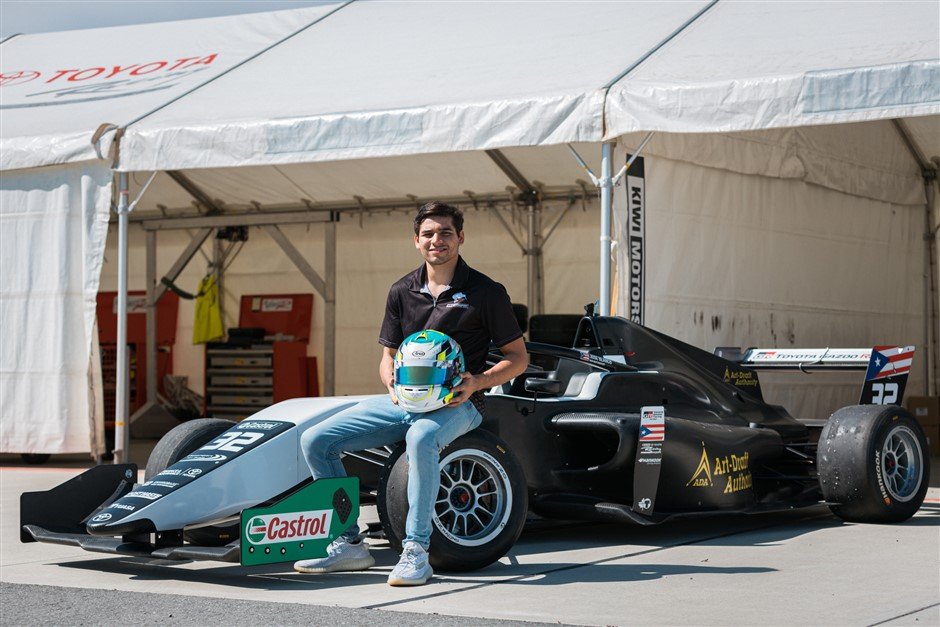 Nineteen year old Blanco, an experienced junior formula racer, will take the Kiwi Motorsport seat for the Highlands Motorsport Park and Teretonga weekends in the South Island until main driver Tijmen van der Helm turns 16 before the third round at Hampton Downs.

Sixteen is the minimum age to race in the New Zealand series under FIA rules.

Kiwi Motorsport has opted for a driver it knows well to fulfil the role and ensure there is a full complement of 20 new Toyota FT60 racers at each of the five rounds of the 2020 championship. Blanco has raced with them for the past two seasons in the United States Formula 4 championship. He’s been a solid performer in the competitive series as well, winning one race in 2019 and three in 2018 as well as securing numerous podiums finishes, fastest laps and pole positions.

Looking ahead to his first racing miles of 2020 and the challenges of two of New Zealand’s most technical tracks, he explained: “I am super grateful to have been given the opportunity to race in New Zealand in such a recognized championship with some of the best drivers in the world.

‘It’s going to be two intense weeks of learning and gaining experience.  I am looking forward to racing the new car and racing at two great tracks that will make for some great racing.”

Kiwi Motorsport team principal Garry Orton was delighted to secure Blanco’s services, adding: “We know him well from two years working with him. He’s fast and knows how to get the most out of the car. There’s a lot of quick drivers this year, but we reckon Jose could spring a surprise or two in the first two rounds.”

The announcement that Blanco will take the Kiwi Motorsport seat for the first two rounds ensures that the 2020 Castrol Toyota Racing Series will have a full grid of 20 brand new 285bhp Toyota FT60 cars at each of the five rounds.

The 2020 championship begins at Highlands Motorsport Park in Cromwell in New Zealand’s South Island over the weekend of January 17-19. It stays in the South Island for the second round a week later, moving to Teretonga Park near Invercargill for round two.