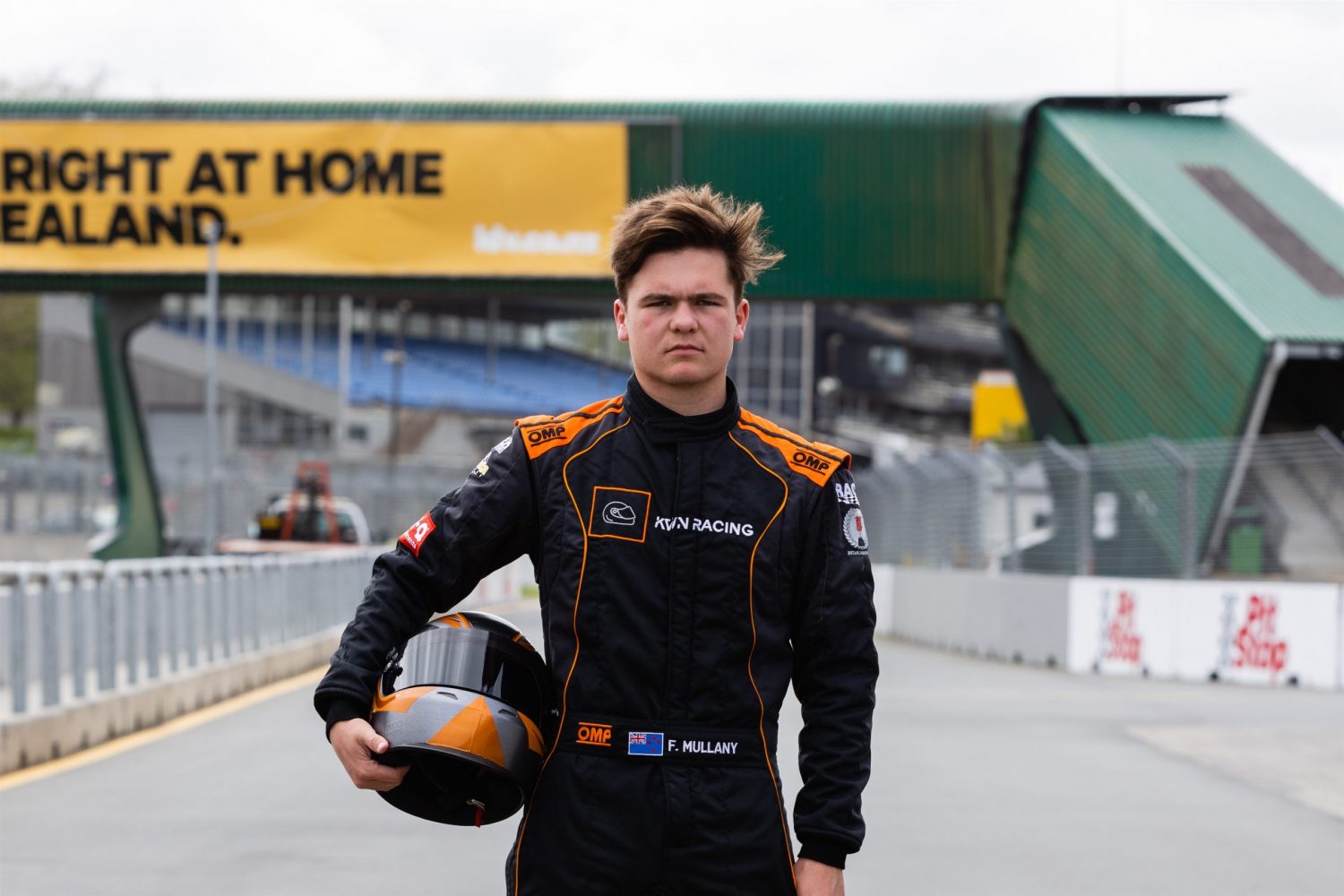 The former karter and 2K Cup racer will compete in the Tony Richards Toyota entry and joins a field of the country’s best young racing talent.

A varied racing career includes three years of karting in the Cadet and Junior Rotax categories, Formula First, the 2K Cup and most recently, the FIA Motorsport Games Formula 4 Cup held at ACI Vallelunga Circuit in Italy at the beginning of November. Representing New Zealand, Flynn was part of a huge field competing in identical Formula 4 cars.

Looking forward to being part of the competitive field, Flynn said: “I’m going to get plenty of seat time over this summer to prepare me for racing overseas once again next year. The class looks super competitive and a lot of fun and obviously I’m going to be competing against some terrific competitors.

“It’s going to be tough but I always aim high in motorsport,” he added. “My main goal is to finish in a position that compares well with the best competitors in the class. Even though I’m a rookie in the class I still want to give winning the championship my best shot.

“Off the track, I have been training every day either on the simulator or exercising as they are obviously vital in helping me get in peak condition for a racing weekend.”

Flynn is working on securing sponsors for the five round championship in addition to the sponsored car provided by the Tony Richards team and he was quick to make reference to everyone who has helped him get this far in his motorsport career.

“I think my number one supporter since day one has been my dad, always sacrificing weekends to get me out there racing as he believes I can go far in this sport. Without him, I would never be in racing and I wouldn’t be the person I am today. Another mention is to Stephen Richards, he and his team at Tony Richards Toyota are the guys who offered me the chance to be able to race this summer and I couldn’t thank them enough for that.”

His championship campaign begins in Pukekohe before heading to the South Island for rounds at Highlands Motorsport Park and Invercargill’s Teretonga Park. It then moves to the North Island for the New Zealand Grand Prix meeting at Manfeild – Circuit Chris Amon and then onto Hampton Downs before concluding with a non-championship race weekend at the Virgin Australia Supercars event at Pukekohe Park in April.