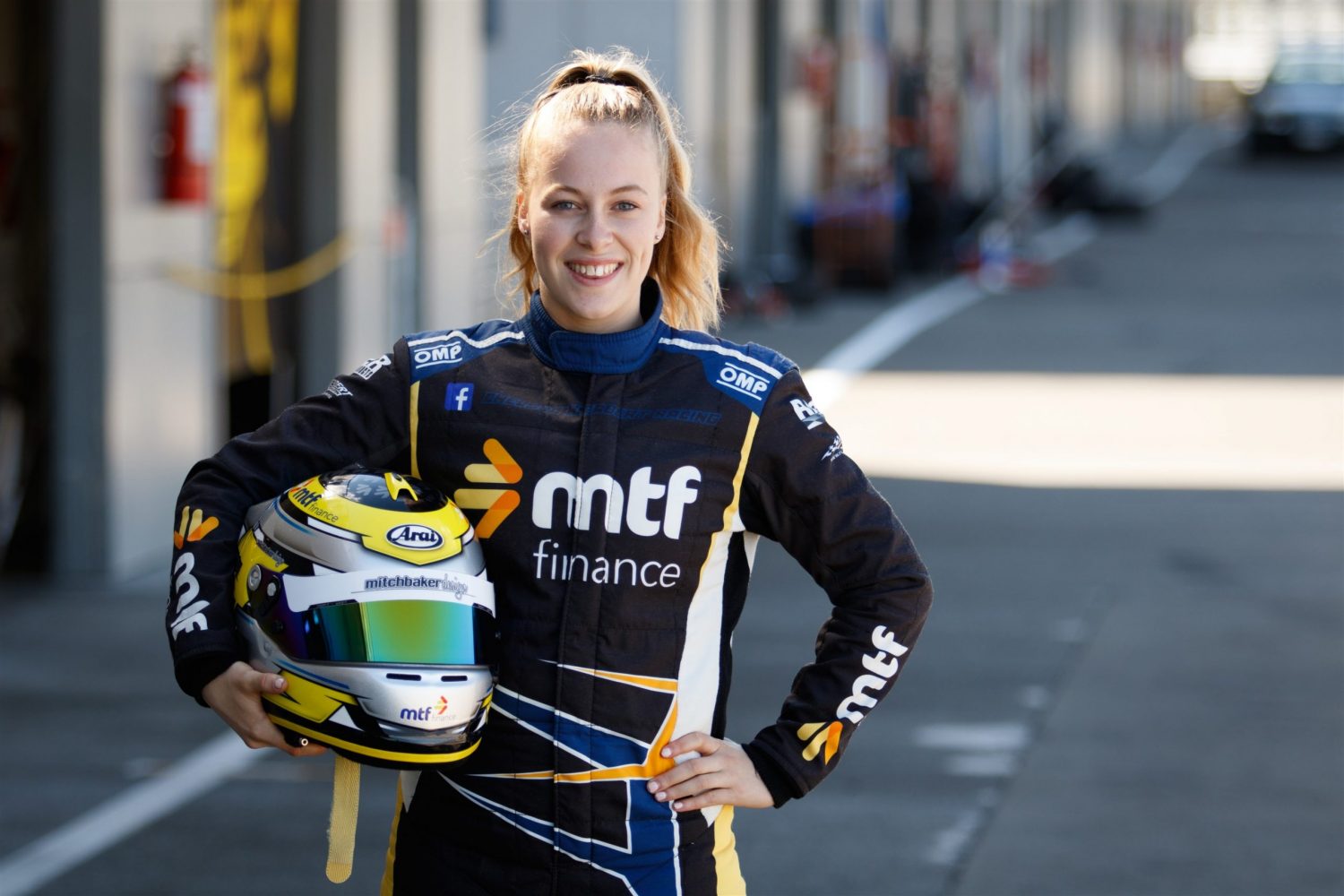 New Zealand’s Chelsea Herbert is the first Kiwi to be confirmed for the 2020 Castrol Toyota Racing Series, and only the fifth female driver in the sixteen year history of the championship.

Today’s confirmation that Herbert will run the full five round championship with Giles Motorsport under the guidance of the vastly experienced Stephen Giles, marks a double celebration for the Albany, Auckland racer, who also turns 21 today.

Herbert is better known for her racing pedigree in tin tops, having started in the Ssangyong Series in New Zealand before moving to the country’s domestic V8 Championship, first in Class 2 and then last season in Class 1. She has scored wins, pole positions, fastest laps and multiple podium finishes across four years of racing, but is in no doubt the Castrol TRS series will be her biggest challenge yet.

“My goal is to learn as much as I possibly can from both the experienced engineers and racers around me and that’s the principal goal,” she explained. “I’ve got to be realistic and I know I’ll be racing some of the very best up and coming single seater drivers in the world today, most of whom want to get to Formula One, Indycar or Le Mans. It’s going to be a huge challenge.

“Nick Cassidy is a friend of the family and whilst long term I do want to make a career racing V8s his advice was to sharpen my skills and car set up knowledge with some time in single seaters. I’ve done very little, but having a test in the earlier TRS car and then trying out for the W Series in Spain opened my eyes and made me realise how much better overall I could be as a racing driver with single seater knowledge. There are plenty of examples of drivers like that in tin top racing all around the world, and of course a good number in V8 Supercars.

“Having said all of that, every racing driver wants to win and do well and I’m no different in that regard. I’ll absolutely be giving the TRS season my best shot and a top ten finish in the overall points would be a fantastic result. I have circuit knowledge on my side and a great team in Giles Motorsport.”

Chelsea will join Fiona Hamilton (2005), Christina Orr (2006, 2007 and 2008), Michela Cerruti (2012) and Tatiana Calderon (2013) on the list of female racers who have competed in TRS. She will be backed by long-time supporters MTF Finance, who have been with her throughout her motorsport career.

“They’re really like part of the family and it’s an honour and very humbling that they have faith in me to support me in this next big challenge,” she added. “It’s very special for me that they continuing to be part of my journey.”