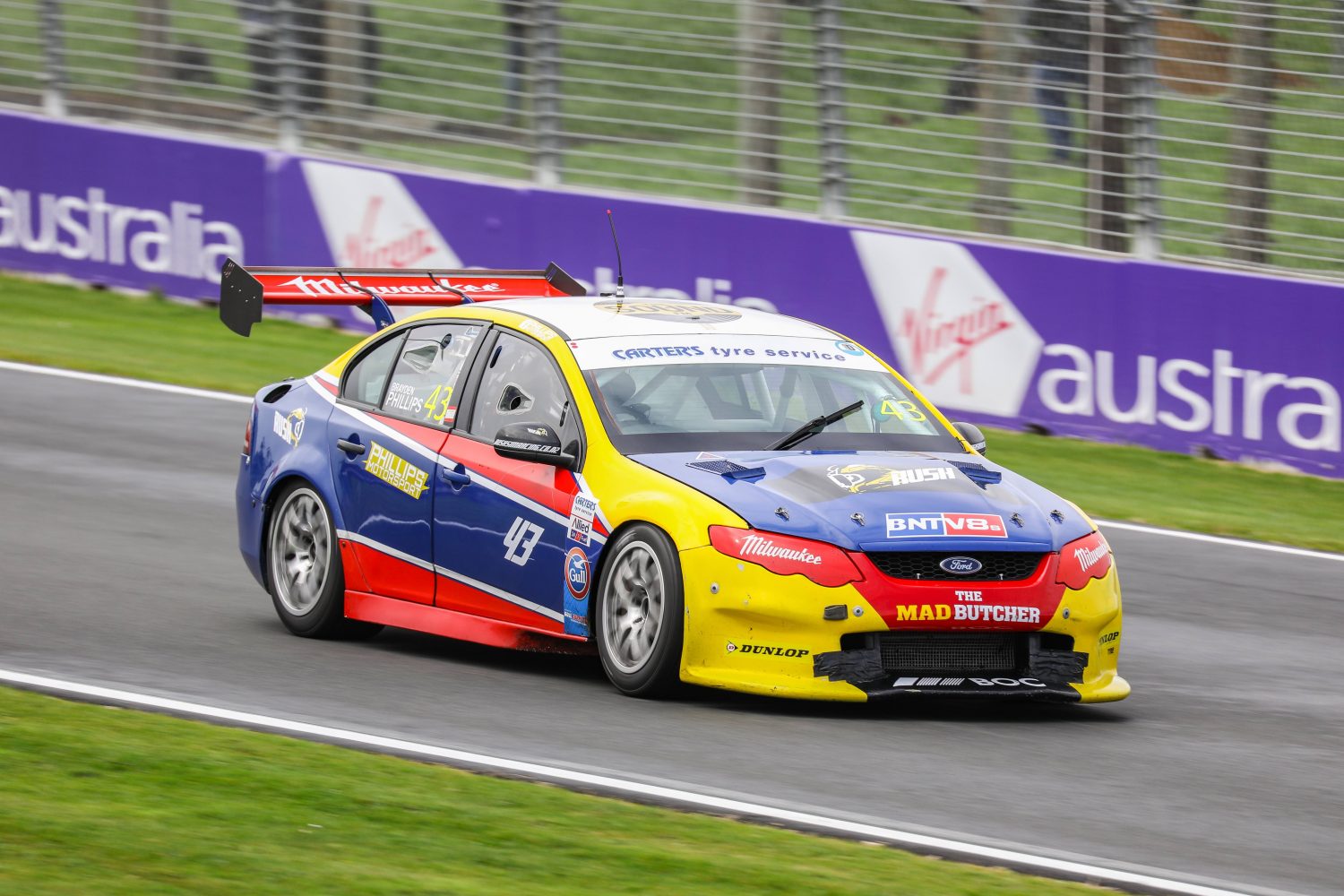 16-year old driver Brayden Phillips has come away from his first weekend in the top tier of the BNT V8s with confidence following the ITM Auckland SuperSprint Non Championship event at Pukeohe last month.

“For my first round I was very pleased how I went and also the team since this was a new experience for us, as a new team and a new car,” said Phillips.

A vastly different circuit to what he has been used to competing on in the South Island, Phillips had to quickly learn the new circuit in race conditions and get used to his new car, which he had only a small handful of test days aboard.

“Pukekohe was a new experience to me. Being a South Islander I wasn’t used to all the elevation changes. The two parts of the circuit I found the most challenging were coming up over the Hill, turns nine, ten and eleven, and also turn four.

“Prior to Pukekohe I actually had only three tests in the car at Ruapuna, Pukekohe and Hampton Downs so I’ve had barely any time in the car. But, overall, pretty pleased with how everything went for our first time out.”

Phillips has previously raced in South Island Pro7 series finishing second overall, and second in the New Zealand Series. He has also campaigned a Honda S2000 in the South Island Endurance Series as well as a TL Spec Ford Falcon.

Having to adapt quickly to a more modern car from his previous TL spec V8, Phillips says power and turn in have been the biggest changes he’s having to adapt to.

“The SuperTourer compared to the TL spec car is to me quite a bit different, the two main things are the power, definitely, and the steering. The car has way more turn in comparison to the TL which I really like and the power is so awesome I get such an adrenaline rush from it compared to the TL.”

Looking ahead to Round One of the BNT V8s Championship back at Pukekohe in November, it will be the same approach, of learning the car and staying out of trouble.

“For round one, its going to be about getting seat time in the car and try not get any damage is the main thing. Following on from that, the goal for the rest of the season is just to be consistent.”

Round One of the BNT V8s will be at Pukekohe, 29 November – 1 December.