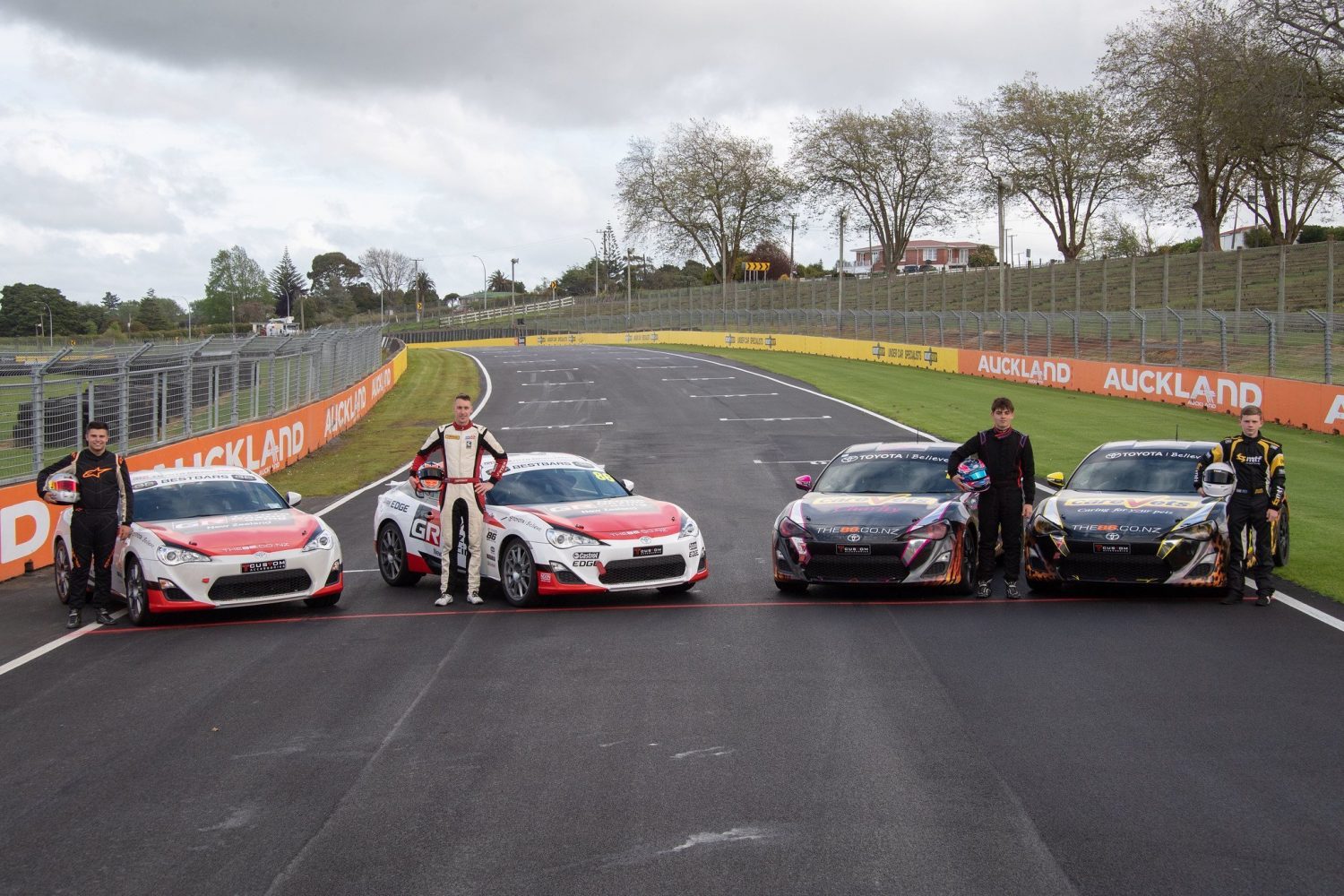 Four of the country’s most promising young drivers gave their racing careers a major rev up today as they secured scholarships worth $25,000 each to race in the 2019-2020 Toyota 86 Championship.

Each receives a season-long lease on one of the Toyota 86s. Additional equipment like trailers and pit lane equipment are also included in the CareVets package.

Eighteen young drivers applied and the best squared off on the track for a shot at the scholarship places for this summer’s six-round championship, which will be televised live and as highlights. It includes race weekends at circuits on both the North and South Islands.

Drivers were tested on the track and off track today at Pukekohe Park being put through their paces on data analysis, driving technique, timed laps, fitness and interview technique.

The four drivers who won scholarships after the rigorous tests were delighted to have secured the valuable scholarship cars, which have been designed to make the popular Toyota 86 Championship more accessible for up and coming racing talent.

The most experienced of the quartet, Brock Timperley, said the scholarship presented a wider opportunity to develop his racing skills.

“I have been looking for the most competitive tin top class to sharpen my skills,” he said. “You can always improve your racecraft and I’m looking forward to developing my skills in such a competitive environment. It’s also great to be running in a manufacturer-supported series, which of course is one way to open doors in anyone’s racing career.”

The youngest of the four, Tayler Bryant added: “I haven’t been racing long at all and was inspired to get onto the track by Chelsea and Joel Herbert. The scholarship is a great opportunity to really learn and develop as a racing driver. I have to be targeting the Rookie title but a top seven overall is also a realistic challenge. I know the North Island circuits too, which will be a help and enjoy Pukekohe particularly, as I have done literally hundreds of laps.”

All drivers will enjoy their first full run out in their new cars when the series competitors run a full day’s testing at the Pukekohe track on Thursday.

“The CareVets programme has always provided huge opportunities for young drivers in the series and this will continue with an additional two scholarship cars provided by TOYOTA GAZOO Racing,” added category manager Geoff Short.

“All four of these talented youngsters now have a chance to compete and win at championship level and use the programme as a great springboard for their careers. It will be fascinating to watch how it all shapes up for them in what will be a competitive field of hungry racing drivers.”

The six round championship begins in Pukekohe before heading to the South Island for rounds at Highlands Motorsport Park and Invercargill’s Teretonga Park. It then moves to the North Island for the New Zealand Grand Prix meeting at Manfeild – Circuit Chris Amon and then onto Hampton Downs before concluding at the Virgin Australia Supercars event at Pukekohe Park in April.