Motor Cup and TRS back to Pukekohe Park 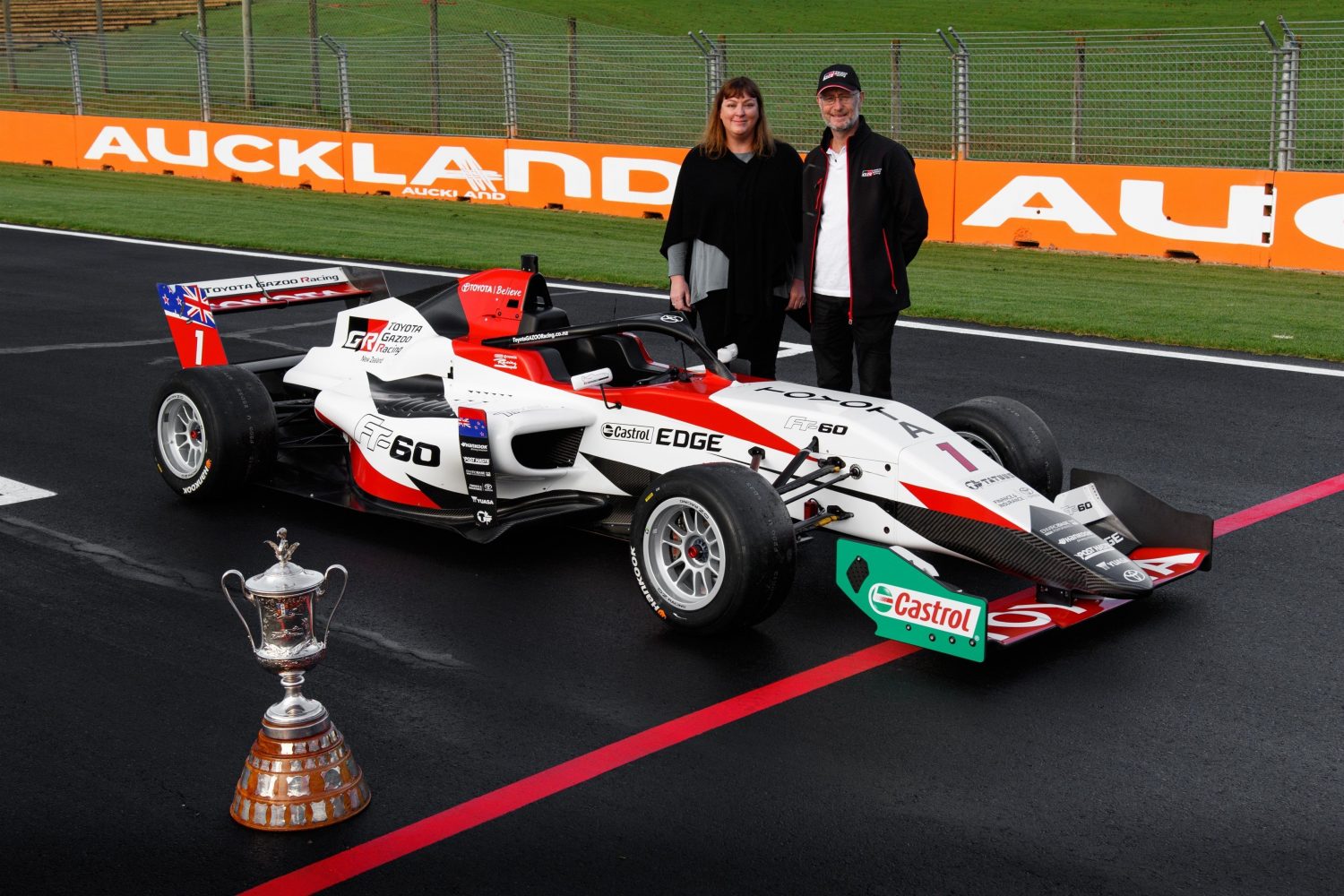 The New Zealand Motor Cup – one of the oldest and most iconic trophies in Kiwi sport – is set to return to what many believe is its spiritual home with confirmation that the new generation of cars in the Castrol Toyota Racing Series will compete for the trophy at Pukekohe Park over the weekend of February 8th and 9th.

It is the first time the TRS cars will have run at Pukekohe since the first generation machines competed there in 2009. After a recent test of the older generation FT-50 TRS car at the venue in May, resurfacing of the front straight will be undertaken ahead of the event. The circuit configuration for the weekend will include the complex on the back straight.

The New Zealand Motor Cup was originally competed for annually in a 50 mile event known as the Australasian Beach Championship. The cup was won outright in 1928 by R B Wilson, ESQ who in 1953 donated it to the New Zealand International Grand Prix Incorporated Society, on condition that it be competed for annually in the Auckland Grand Prix race under its original title. It has remained the major sporting trophy offered by the NZIGP organisation ever since and the list of winners that adorns it reads like a ‘Who’s Who’ of world motorsport.

“With a brand new car, engine and tyre package these are exciting times for the Castrol Toyota Racing Series and we are absolutely delighted, and excited, to be taking the new generation series to Pukekohe Park,” explained Category Manager Nicolas Caillol.

“Our evaluation with the FT-50 went well and the resurfacing work that has been confirmed will address those areas where both ourselves and the promoter Speed Works felt some work was necessary. There is an awful lot of history attached to this event and the new generation of car should be quite something around the circuit.”

The New Zealand Motor Cup will be the final race of the weekend on Sunday February 9th and the third for the Castrol Toyota Racing Series over the weekend at the venue. A packed support bill for the historic meeting of eleven classes will include the exciting new TCR touring car class, the rejuvenated New Zealand Formula Ford championship, and the grassroots Formula First category.  The Saturday evening of the weekend will also include a round of the New Zealand D1NZ drifting championship.

The five weekend 2020 Castrol Toyota Racing Series begins at Highlands Motorsport Park in Cromwell in New Zealand’s South Island over the weekend of January 17-19. It stays in the South Island for the second round a week later, moving to Teretonga Park near Invercargill for round two. The series then heads to the North Island for the remaining three weekends of racing. That will include the Denny Hulme Memorial Trophy at Hampton Downs Motorsport Park, the New Zealand Motor Cup meeting and the final round, the New Zealand Grand Prix meeting over the weekend of February 14-16 at Manfeild – Circuit Chris Amon in Feilding.