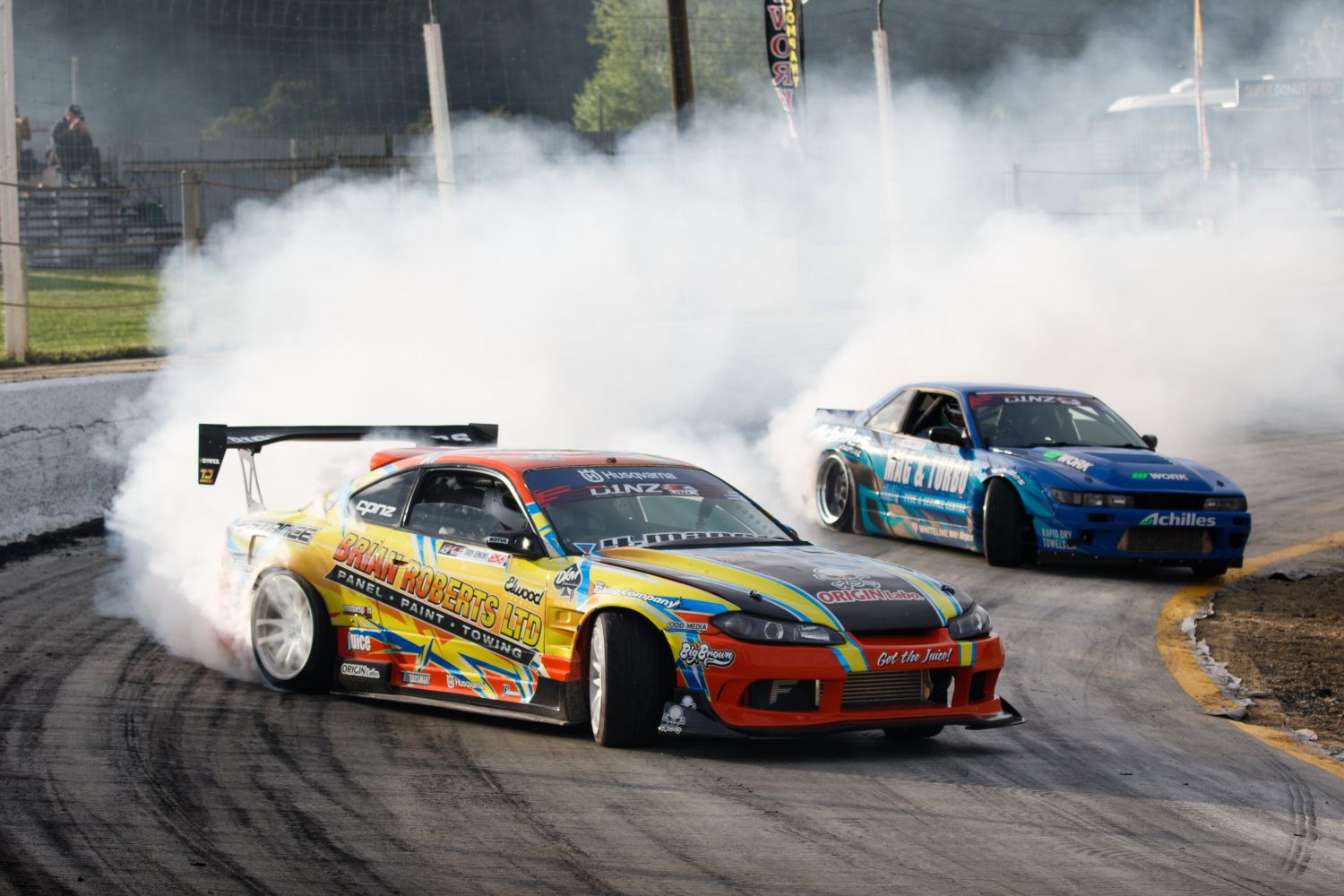 Mega motorsport weekends are on their way for race fans this coming season with confirmation that D1NZ’s spectacular Pro Series will be on the bill at three of Speed Works Events’ biggest summer race meetings.

Fans can look forward to enjoying the sideways battles of up to 40 Pro Series cars, which will practice and qualify on Friday evening before lighting up Saturday afternoons and evenings with an all action twilight round of the D1NZ National Drifting Championship.

D1NZ’s Category Manager Brendon White said the three-round deal was the start of something big for Kiwi race fans.

“This is something most motorsport fans will have thought about and wanted to see for a while and it’s great news for both drifting and circuit racing that the two codes are joining up for these three amazing events. There’s a lot that’s new for fans to look forward to this summer and I’m delighted the thrills and spills of our top drifting class will be one of those.”

Speed Works line up for the summer includes the brand new global TCR class, as well as a new Castrol Toyota Racing Series FT-60 packing more power, grip and downforce than ever before.

With V8s, Porsches, Formula Ford, GTRNZ, Mazdas and a host of other classes scheduled to appear during the summer, the motorsport offering for fans is looking better than ever according to promoter Geoff Short.

“We are always trying to improve the show and we reckon this season is going to be the best yet for fans. The race card is packed with great classes and action that will now literally go from dawn until dusk. There’s some exciting news to come on the TV package for the season too.”

D1NZ will retain the championship’s two cornerstone events at Bay Park in Tauranga and the grand final at Pukekohe Park.