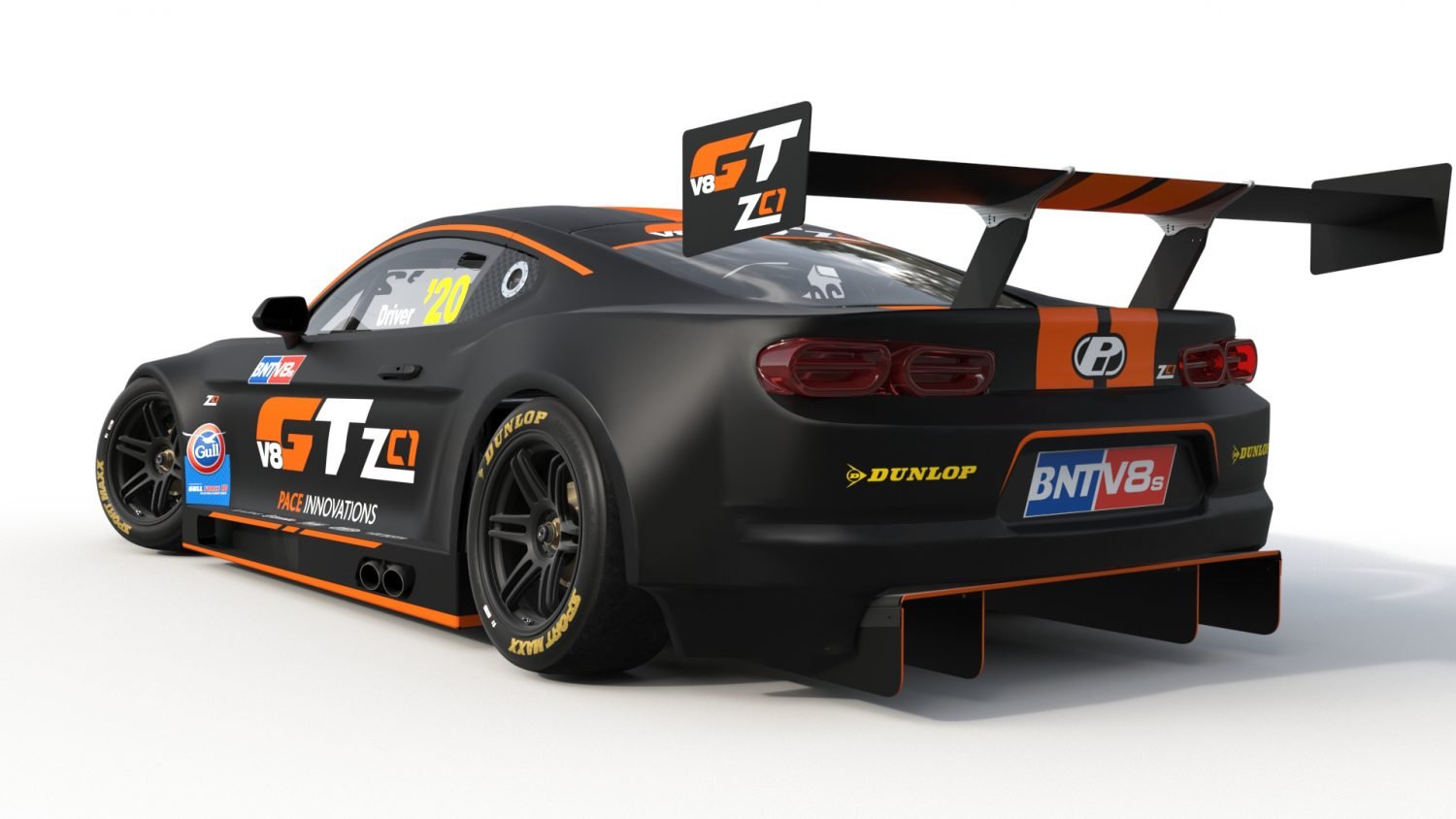 A new and exciting era for V8 racing in New Zealand is on the horizon with the BNT V8s Championship announcing technical details of their next generation car.

A huge leap forward in design and technical specification the new car platform is to be designed and built by Pace Innovations in Australia, and will be designed to look like two door American style muscle cars, with other two-door body style’s also possible on the base platform.

Set to race at the start of the 2020 Championship season the new car is an evolution of the current class one platform – built as a turnkey package by Pace Innovations, the first version, called the ‘Pace V8GT ZC1’ will be priced at approximately AUD $230,000 ex works.

Current cars competing in Class One of the championship will remain competitive with any new generation chassis. The category’s current parity tuning will be staying in effect.

Designed to be a cost effective platform for circuit racing in New Zealand, the Chromoly space frame chassis will feature bolt on front and rear crash structures for ease of repair in the event of a collision.

At the heart of the car will be a 6.2L LS3 race engine developing 630hp at 7200rpm.  Other body style cars will have the option of other manufacturer engines.

A notable new technical feature is that the chassis will be fitted with a rear mounted Albins ST6 6-Speed transaxle and will also have steering wheel mounted shifter paddles.

The cars will utilise a Pace flow forged 18×11” rim with centre lock spindles allowing competitors to readily utilise their car for endurance racing should they wish.

The cars will continue to use the category controlled Dunlop 18×11” tyre.

“The NZTC (New Zealand Touring Cars) Board of Directors believes that it was important during the design process to make sure that the car could be used for multiple events not just confined to the BNTV8s Championship. For that reason the car has been designed with upgrades able to be added for endurance racing such as Anti-lock Braking System (ABS) and Traction Control,” says Ian Barlow, head of the NZ development project team.

“We have spent a lot of time finalising the specification of this new generation car with Pace Innovations and think it will be a car that teams and competitors will be excited about.”

The development team in conjunction with Pace Innovations have made efforts to ensure the car has a long competitive life span so that the initial cost can be spread over a number of years.

A lot of effort has gone in to the design proposal process and to ensure that the components will be robust enough to provide for a cost effective maintenance programme for competitors.

Current BNT V8s competitor Nick Ross has visited the Pace Innovations facility in Australia and says he was impressed by what he saw and is enthused by the technical specification of this new generation chassis.

“The facility Pace has over there is certainly world class. I was very impressed with the high level of manufacturing capabilities,” said Ross.

“When it comes to this next generation chassis, it is a huge leap forward as far as level of specification and performance. It has great features and design characteristics as well as being built with some of the highest quality motorsport products such as Brembo, Tilton, Motec, Ohlins and Albins. What’s more, what is being offered to competitors is exceptional value for money. It is going to provide a fantastic racing platform.”