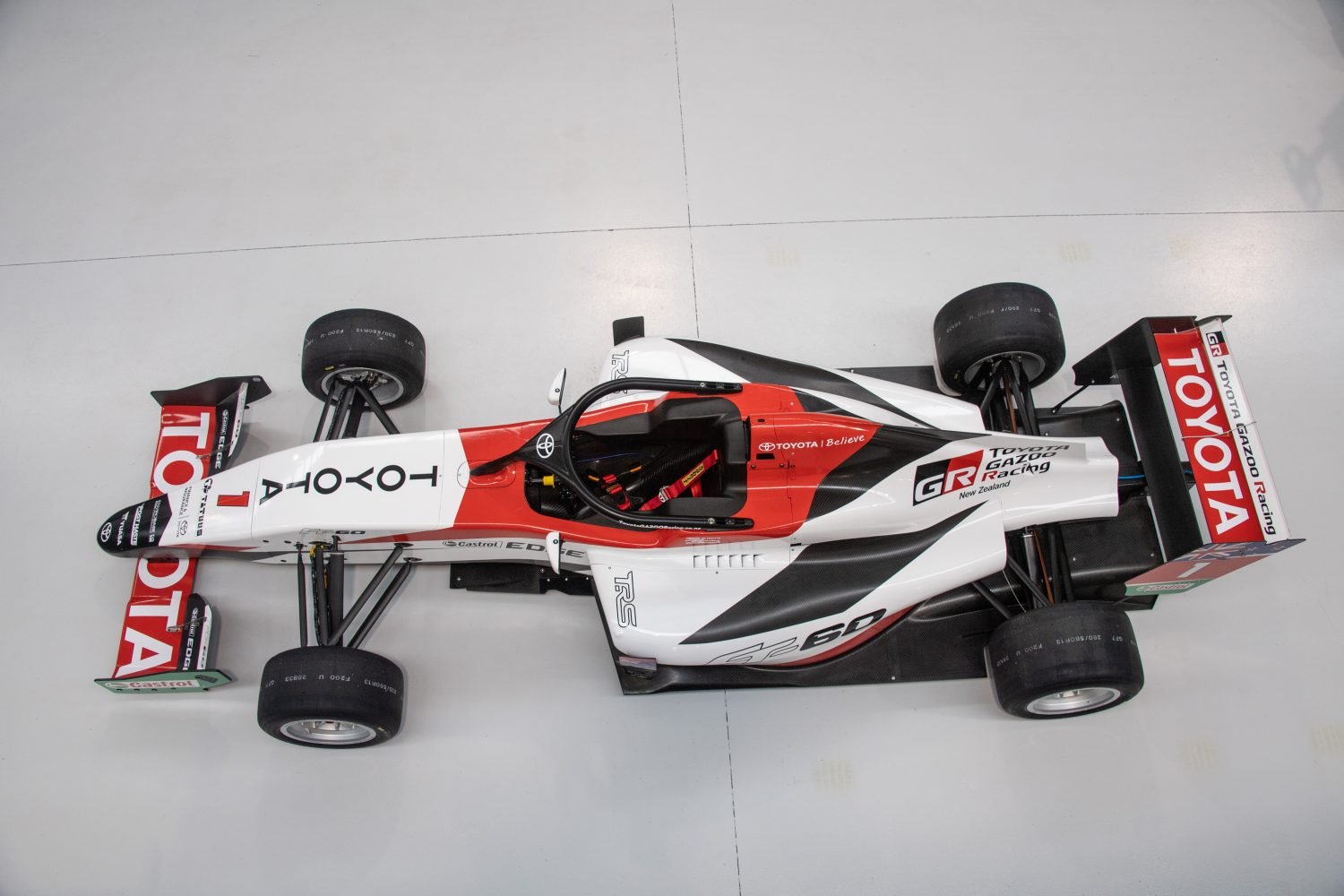 Toyota Racing New Zealand has today revealed both a new brand and a brand new racing car for its annual New Zealand-based single seater championship and says it is aiming to put the championship firmly on the map as a ‘must do’ for the world’s best up and coming racing drivers.

The new FT-60 – the third car the series will have used in a championship that stretches back 15 years – is a state-of-the-art racing machine that is more like a scaled down Formula 1 car than either of its two previous machines, the FT-40 and the FT-50.

Designed like the previous two series cars by Italian manufacturer Tatuus, the chassis is similar to that used in other global junior formulae, but will use a new engine that will pack a powerful 270 horsepower (200 kW) making it one of the best performing junior cars on the FIA’s recognised pathway to Formula 1. That pathway includes four tiers of racing machinery with FIA Formula 2, the official feeder to Formula 1, sitting as the Tier 1 category on that pathway. In the ladder of performance, the Toyota Racing Series car will sit squarely in Tier 3 along with categories like the FIA Formula Regional European Championship and the Formula Renault Eurocup.

The TRS series becomes part of Toyota’s ‘TOYOTA GAZOO Racing’ motorsport brand with Toyota Racing NZ now becoming TOYOTA GAZOO Racing New Zealand.  It will run the same format championship with five consecutive weekends in January and February taking in five circuits located on New Zealand’s North and South Islands. The series will again climax with the New Zealand Grand Prix, one of only two events outside of the Formula 1 category officially permitted to use the phrase ‘Grand Prix’ by the world governing body of motorsport, the FIA. The championship will also offer drivers up to seven Super Licence points at an important part of the year, before the summer seasons start in the Northern hemisphere. That means drivers can bank points towards an F1 licence as well as gaining significant track time in preparation for other major single seater championship campaigns.

Teams lease cars from TOYOTA GAZOO Racing New Zealand to run during the annual championship. Each is prepared to identical standards in the company’s facility based at the Hampton Downs Motorsport Park. The TRS series has a long list of successful graduates, including Lando Norris, Brendon Hartley, Daniil Kvyatt and Lance Stroll. Fifteen drivers who have raced in the Kiwi series have tested Formula 1 cars or driven at an FIA Grand Prix.

The new car features all of the key recent safety initiatives developed by the FIA in conjunction with Formula 1. The design incorporates a ‘halo’ driver protection system to protect the driver from side, top and frontal impact from debris in an accident and also features the very latest in side and front impact technology in the chassis itself. Twin wheel tethers are included in the design to prevent wheels flying off in the event of a crash, another feature straight out of Formula 1. The car has undergone 36 controlled crash tests in the laboratory to ensure it meets the highest standards of safety in the sport today, with the resulting increase in chassis size accounting for a higher overall ‘dry’ weight of the car than the previous series machine.

Also all new is the Toyota motor that will power the twenty cars in the 2020 series and beyond. The engine in the car is a two litre, turbocharged, direct injection unit. It is based on the 8AR FTS engine used in both Toyota and Lexus models, but has been developed into a full race engine by the same NZ engineers that were involved in the development and maintenance of the previous 1.8L engine used for the FT-40 and FT-50.

Significantly larger tyres than on previous TRS cars will transmit the increased power to the road via a six speed sequential Sadev gearbox. The latest aerodynamics mean the FT-60 will generate around 25% more downforce than the FT-50.

Despite the exotic materials and processes used in the car – it features a chassis, bodywork and front and rear wing packages manufactured solely out of carbon fibre composites – the FT-60 falls within the FIA’s own cost restriction parameters with known costs for replacement parts a critical element in ensuring the category isn’t just accessible to international drivers but also to up and coming Kiwi racers.

It’s a recipe series manager Nicolas Caillol says will increase the series profile in global motorsport and be a major boost to the sport domestically.

“The FT-60 is a modern car that packs increased power and more downforce than anything we have had before in the series,” he explained. “It is a globally relevant car and a globally relevant championship for any serious young racing driver and we hope to attract even more up and coming stars looking to make a step up in their career. They could be from Formula 4, from Formula 3, from the all women W Series or from other Tier 3 categories in the FIA ladder. It is even relevant for those who have been successful in Tier 2 categories looking to consolidate and sharpen their skills, or gain more Super Licence points, on their final push towards F1.

“Our championship also offers what we believe to be the best value for money of all global junior formulae in terms of track time per dollar. That’s an important consideration for any driver and team these days and we have put that at the forefront of our championship offering. Add to that of course, five challenging and contrasting tracks and a five week adventure in New Zealand.”