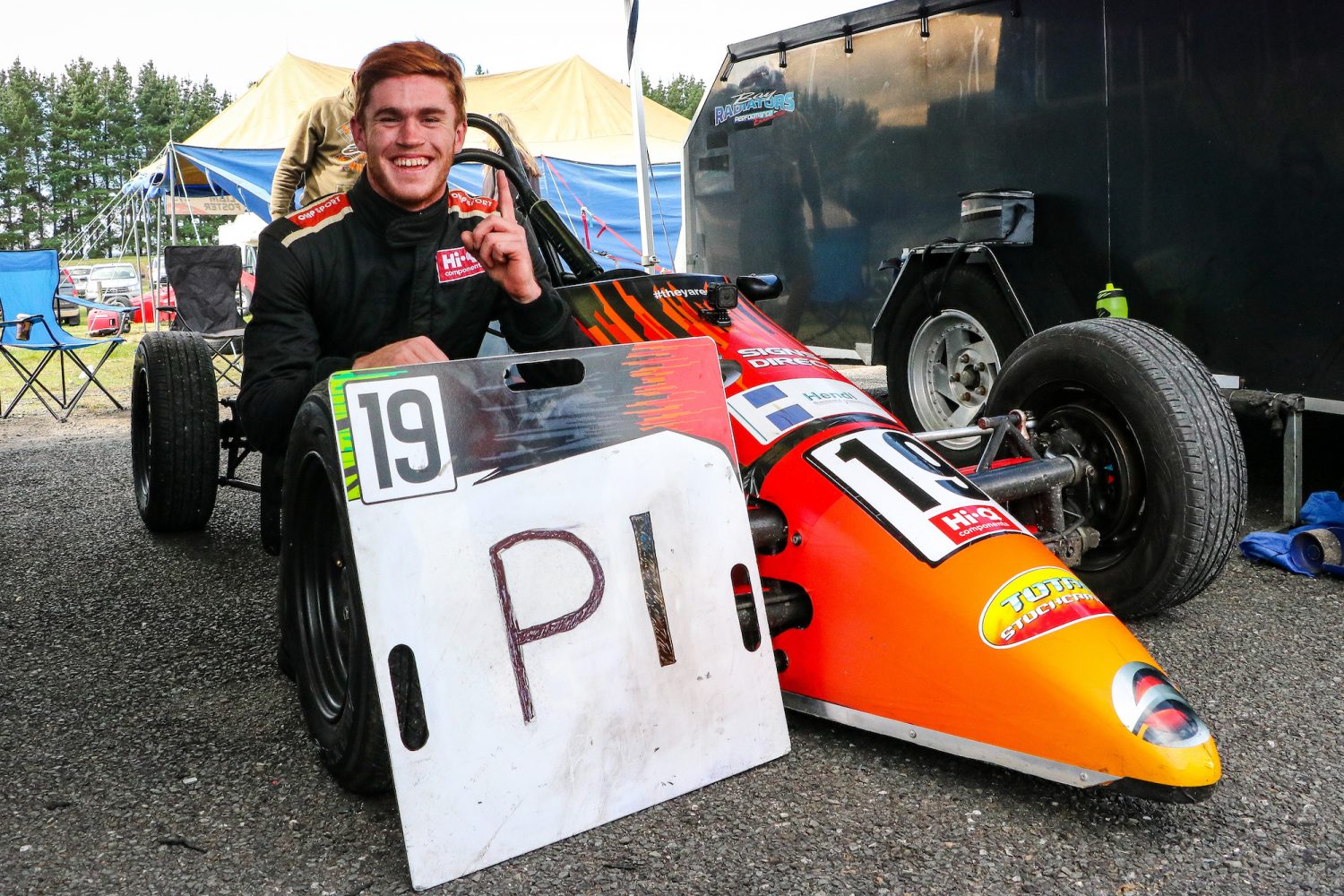 After a season of close, exciting and dynamic racing, Whakatane’s Reece Hendl-Cox, 19, has won the 2018/19 Hi-Q Components NZ Formula First Championship. The final round of the season took place at the weekend at Bruce McLaren Motorsport Park in Taupo.

It was another weekend of domination for Hendl-Cox. The eventual champion claimed pole position before winning all three races across the weekend. Palmerston North’s Chris Symon, 28, sealed second place in the championship, finishing some 219-points adrift of Hendl-Cox’s total. Young gun Aucklander Billy Frazer, 16, finished in third overall with fellow Auckland driver Liam Foster, 22, ending the season in fourth. Botany’s Amy Smith took fifth ahead of Rookie of the Year winner 17-year-old Ronan Murphy from Havelock North. Murphy, the SpeedSport Scholarship driver, was in a tight battle for the rookie title with Taranaki teen Thomas Boniface, 15. Their battle went all the way down to the final lap of the final race.

A 15-minute qualifying session on Saturday morning set the grid for race one. Hendl-Cox took pole position while Frazer set the second fastest time. Foster took the third spot on the starting grid with Symon fourth and Boniface fifth as the highest placed rookie.

Hendl-Cox sealed the championship in the opening eight-lap race on Saturday afternoon as he won. He led home Frazer, Foster and Symon. The three behind the then champion elect didn’t make it easy for Hendl-Cox, all sharing turns in the lead in the high-speed game of checkers that is Formula First racing. Boniface has put a significant dent in Murphy’s rookie of the year title lead after the Taranaki teen finished fifth to Murphy’s ninth.

Hendl-Cox then claimed yet another race win in the penultimate race of the season. Win number 13 for Hendl-Cox didn’t come completely easy, with Symon leading the majority of the race, but when it mattered most, Hendl-Cox was able to get by him to take the chequered flag. Frazer claimed another podium finish with Boniface finishing fourth closing the rookie of the year title gap to just 25-points.

Hendl-Cox’s domination in the finally came to an end, but only after he claimed the final race of the season! He now brings his win tally for the season to 14. The finishing order of the final race would reflect the final standings of the championship top four. Hendl-Cox claiming the win ahead of Symon, Frazer and Foster. Boniface would finish fifth, three places ahead of rookie rival Ronan Murphy but it wouldn’t be enough as Murphy would hold on to claim the Rookie of the Year title.

The class now looks forward to the annual Formula First one-hour enduro race at Manfeild in three weeks time along with the season’s prize-giving. Then the class will take a break for the winter where some will opt for some extra running in the popular Manawatu Car Club Winter Series.