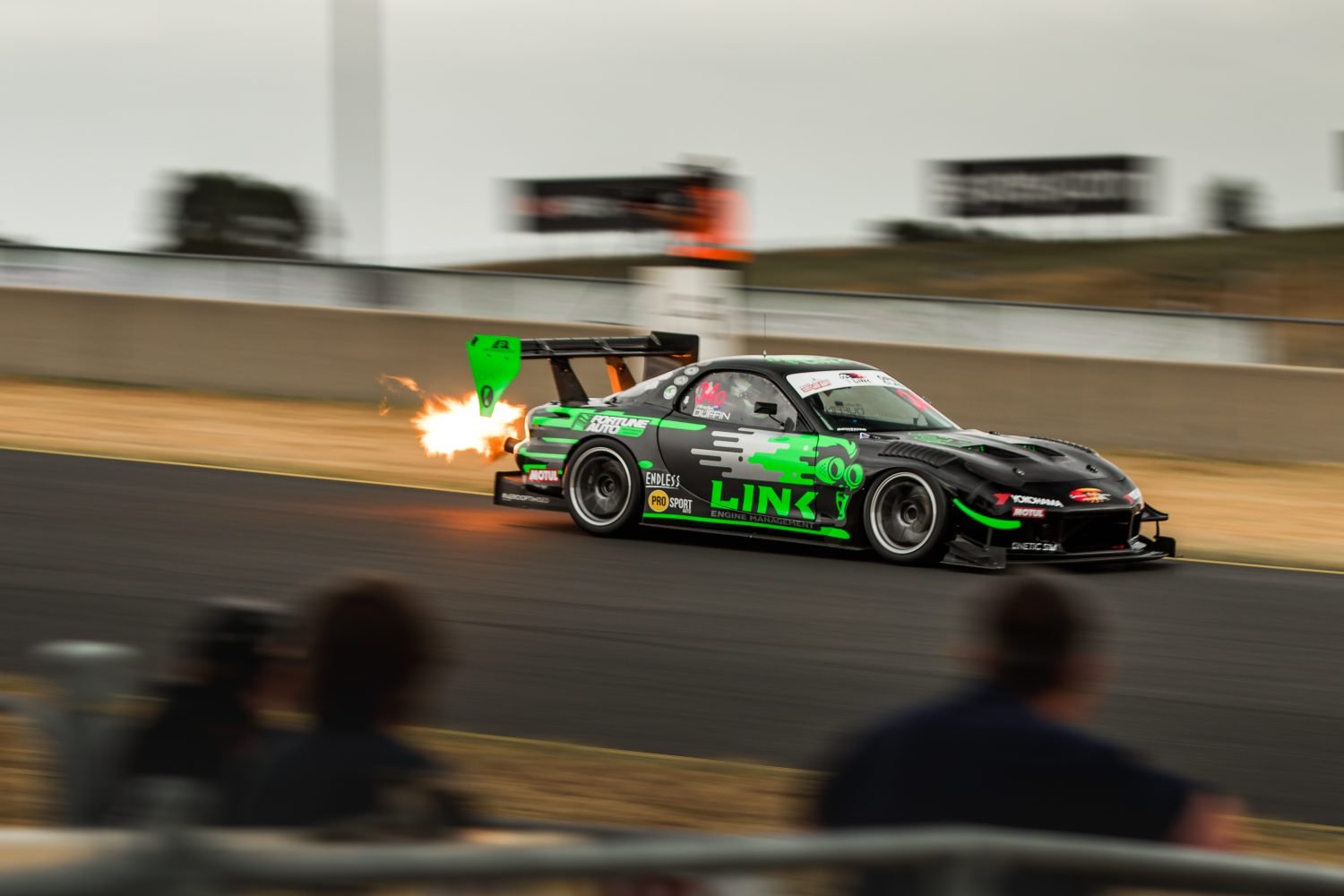 It’ll be the first time Duffin has raced his naturally-aspirated triple-rotor 20B-powered car in any long distance race. Several years ago the car went through an extensive overhaul that saw it re-powered and given a facelift via copious amounts of aerodynamic work.

David Higgins of Kinetic Simulation redesigned the look of the car to compete in World Time Attack Challenge at Sydney Motorsport Park. Since then Duffin has refocused and headed to GTRNZ where he has raced in the leading GT1 division.

For Duffin, the move into endurance racing was part of his continued desire for new obstacles to overcome.

“We’ve done sprint racing, we went and did the one-lap stuff with World Time Attack Challenge, and we’ve been lucky to have a go at those formats – so we looked at something else to do,” Duffin told velocitynews.co.nz.

“We said ‘what’s the car capable of doing?’ and we thought we’d enter it in the one-hour and see how it goes.

“It’s fairly quick and has been super reliable and it’s just another challenge for everybody. It’s something new. I’ve never done it so it’s a challenge for me as a driver. We’re always looking at something to have a crack at.”

Having initially been a one-lap wonder, the car has had some changes made to it for the endurance series. A bigger fuel talk and dry break system are the most significant additions, but Duffin knows the thirsty rotary won’t be able to last the full hour on one tank.

Better and more efficient cooling for the engine and gearbox are a must now that the car is racing for three times as much as it usually would in GTRNZ. Bigger brakes have also been added. Physically the car will stay in its current trim.

However, there’s another element that will need fine tuning too.

“The hardest part I think is going to be the driver,” he said.

“Physically it’s a demanding car to drive. That’s probably going to be a bit of an unknown. I just don’t know how hard it’s going to be to get through an hour of wrestling that thing around.

“After 15 minutes I’ve usually got a sweat on puffing and panting a bit. However, with the long run, we won’t push the car as hard.

“My car doesn’t run any power steering so that’s one concern that we have. It might just be too much of an am wrestle after an hour.

“It’s a typical rotary, it’s hard on gas. They’re not the most economical thing, it never has been. So we’ve made a few little improvement to the tune and we’ve gone back to running BP98 instead of ethanol-based fuel to knock back the consumption.”

Despite the challenges, Duffin does come into the three-round series wanting to be a front runner. Circuits like Hampton Downs Motorsport Park will suit the downforce car well with its fast and flowing nature, but the second round at Pukekohe Park might prove tricky with it’s low speed corners.

“We always aim at something we think we’ve got a good chance in, we’re not particularly interested in making up numbers.

“The 911 GT3 Cup cars are purpose-built endurance cars. Some of the boys are rolling out V8 SuperTourers and they’re made for long runs as well.

“We know we’ve got the outright pace. That’s a nice challenge for us being a home-built car, something a little different, I think we can be aiming for top five out of the box. The car will have the pace, it’s just a matter of working together as a team and me as a driver if I can hang in there.”