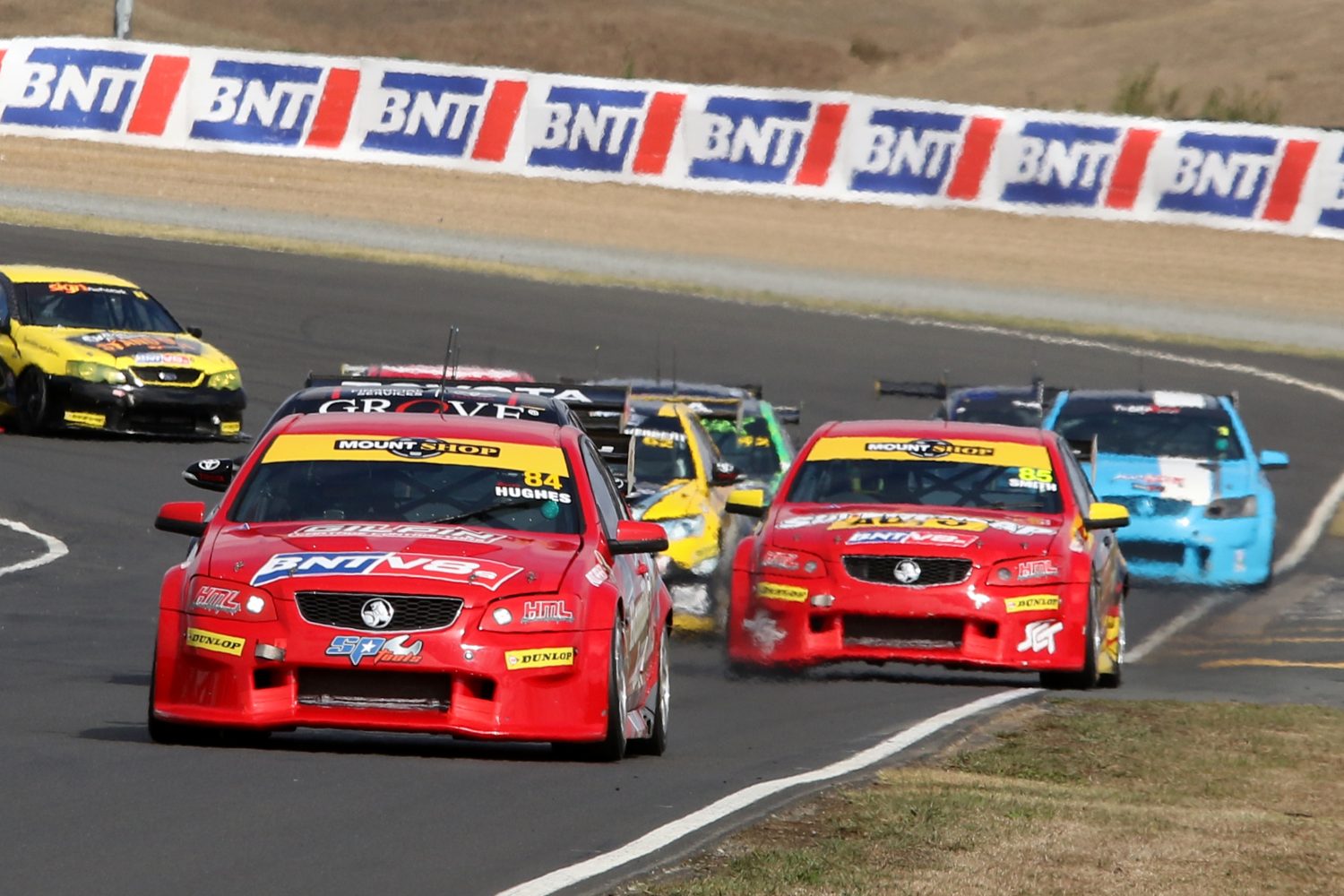 Clinching the Gull pole position earlier today, Hughes lead from start to finish over the 16-lap encounter, was followed to the line by Toyota driver Brenton Grove, while there was plenty of action behind.

Hughes’ Hamilton Motorsports teammate Jack Smith, currently leads the championship and is battling for the title with nearest rival, Nick Ross. The two made contact on lap one at turn two when Smith when into the back of the Nissan Altima driven by Ross, sending him into a spin.

Ross recovered to finish fourth, while Smith finished in third. The incident between Smith and Ross will be investigated post race. Should a penalty be applied to Smith, it means the Championship will go to the final two races tomorrow. Chelsea Herbert finished in fifth with Rob Wallace sixth, Matt Tubbs seventh, Brad Lathrope eighth

For Hughes however, it was a pleasing result for not only him, but the Hamilton Motorsports team that he also owns, and to pick up his second career win.

“I’ve got to hand it to my guys in the team. Luke Dinsdale is just phenomenal with what he does to the car. I’ve been moaning all weekend and he just keeps giving me a wicked car,” said Hughes. “Right the way through the winter when we were prepping the cars, I was saying, we’re going to win this, we’re going to get the championship for Jack. We’ve put a lot of effort into the cars and it’s showing.”

“We’ll see how it unfolds tomorrow with Jack.”

In Class Two, there was a fierce battle between the two title contenders, Justin Ashwell and Matt Podjursky. Podjursky has earlier claimed the Gull Pole Position for Class Two, and during the race the pair battled side by side for a number of laps. The pair clashed, causing both to go into a spin with three laps remaining. Podjursky ended up in the sand trap at turn two, while Ashwell recovered and went on to take the chequered flag.

“There was definitely contact. But there was maybe contact for three-four corners,” said Ashwell. “Championship defining moves for everybody, at the end of the day, you don’t want contact, and I think we raced pretty hard but pretty fair.”