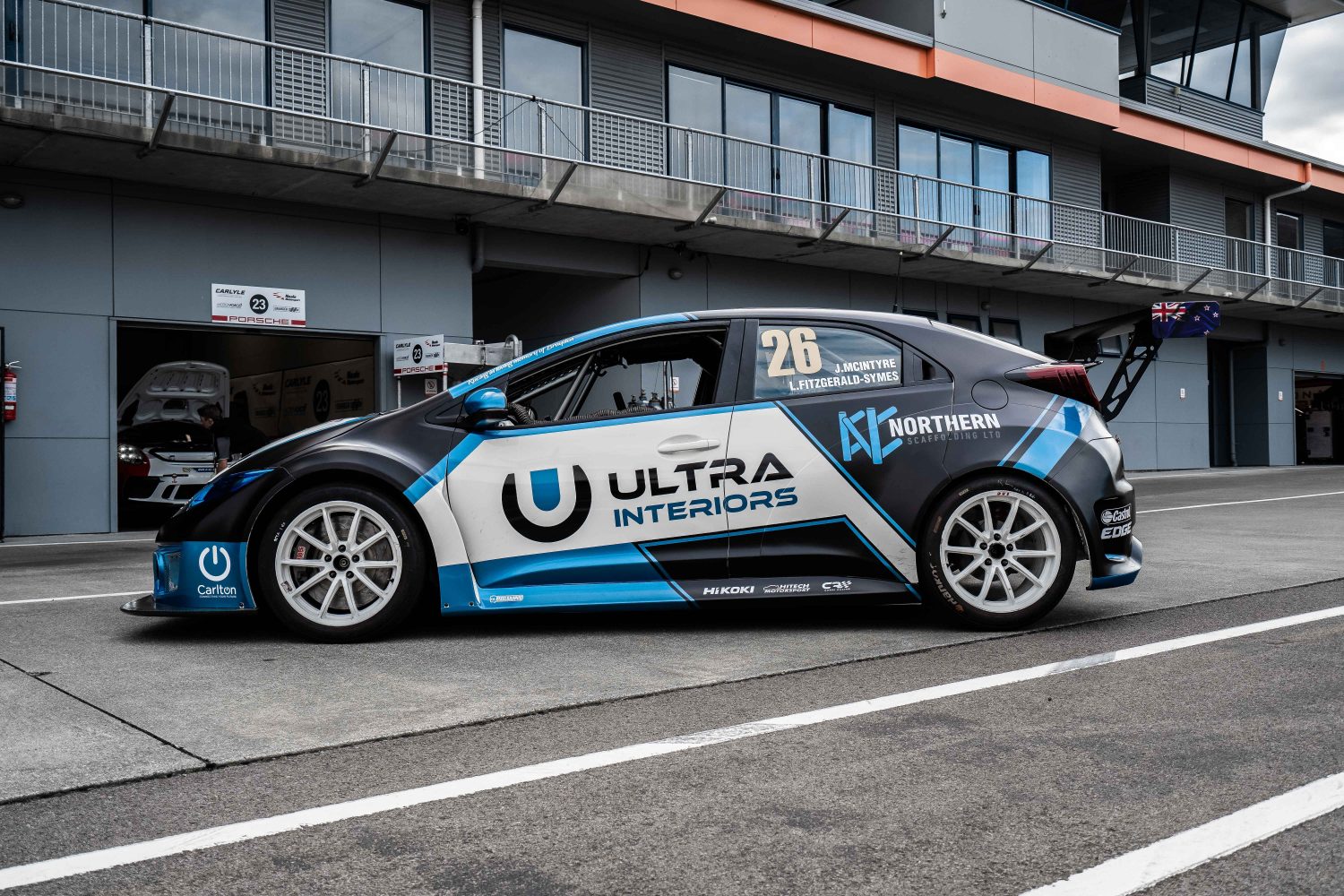 The burgeoning team from Karaka in Auckland have imported a 2016 Honda Civic from Dubai-based Team Lap 57. The car was built for the International TCR (Touring Car Racing) Series and was successful in its few races becoming Middle East TCR Championship winner taking out five of the six races.

Now on NZ soil the car will compete in Class 2 for cars with engine sizes between 2000cc and 3500cc. The Turbo charged 2,000cc Honda produces approximately 340hp and is front wheel drive.

“It’s going to be a bit of a shock to the system after all of these years in high-powered V8s and laterly a Porsche to this front wheel drive Touring Car with no ABS or traction control,” explained McIntyre.

“I am really excited to team up with young Lochie and Capri Racing. It’s going to be a great challenge. We enjoyed 100 trouble free laps at Taupo last week and I can now understand why TCR is a worldwide phenomenon. The Honda moves around a lot and without ABS and traction control that has become common in racing it requires a different driving style and some respect.”

Fitzgerald-Symes is eager to expand his skill set in the Honda. With several motocross seasons under his belt the young Aucklander had adapted quickly to four wheels, comfortably winning Class 2 in 2018 with father Bryan Symes.

Now with Touring Car champ McIntyre as his co-driver, he has a great opportunity to learn how to get the most out of his driving and the Honda itself.

“Having Johnny as part of the team has really lifted the game to a different level, the things we were doing and changes we were making in testing last week were just unreal. I intend to listen hard and take everything out of the experience” said Lochlainn

Capri Racing completed 100 trouble free laps testing at Bruce McLaren Park on Thursday. Both drivers were ecstatic with the performance of the TCR Honda and hope that come next weekend they will have a chance to mix it in the top 10 overall.