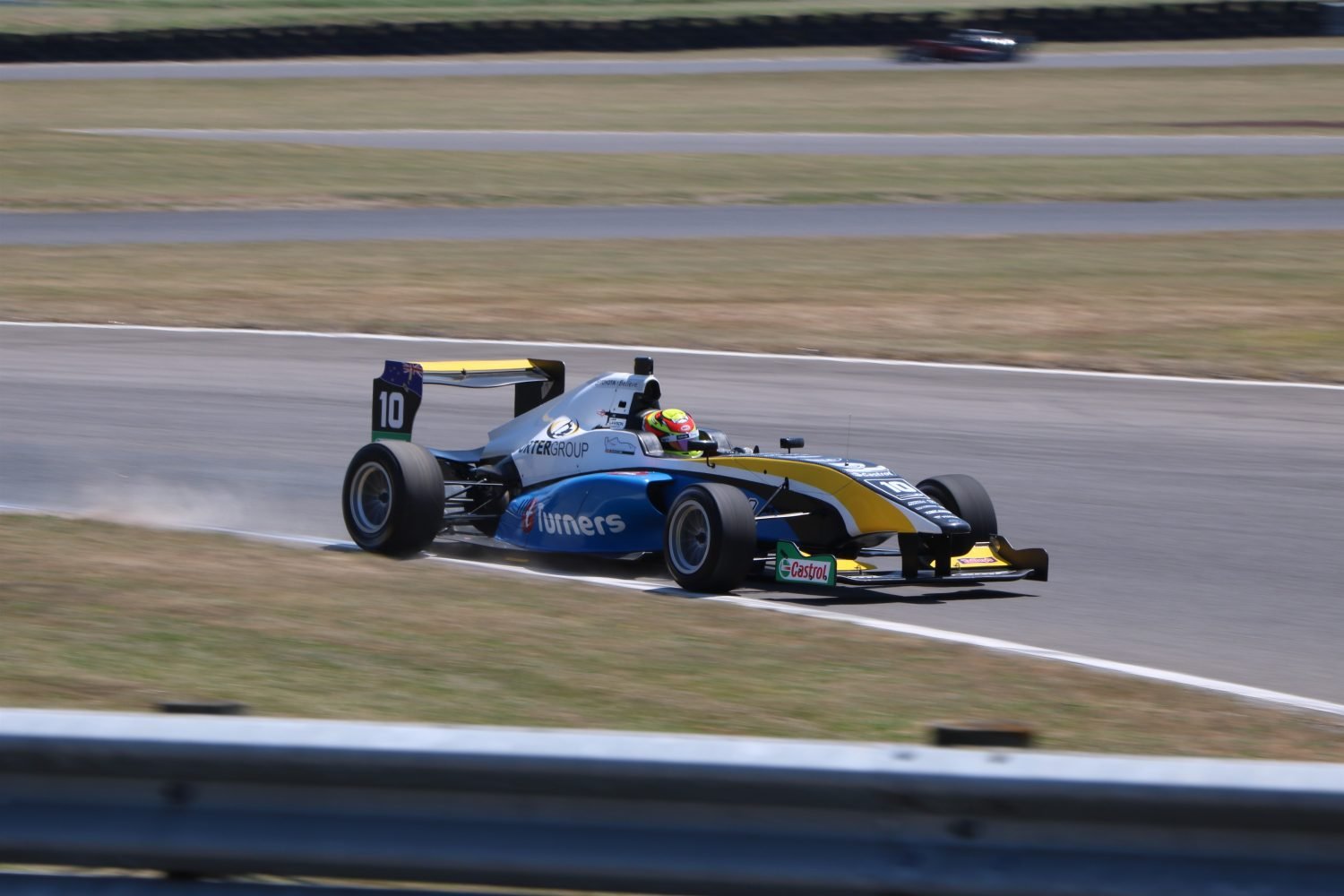 Liam Lawson topped Friday afternoon qualifying at the Bruce McLaren Motorsport Park to get his weekend – and a continued challenge for the 2019 Castrol Toyota Racing Series title – underway in the best possible manner.

After Armstrong dominated the earlier practice sessions, it was Lawson who found the sweet spot in the first of three qualifying sessions of the weekend around the Taupo circuit. After struggling in the initial practice sessions, Lawson and his engineers turned it round when it mattered.

“We’ve been making a lot of changes to the car over the last couple of days to find the sweet spot,” he explained. “We had been struggling a little bit in the practice sessions always ending up around P3 a couple of tenths off the top. I was a little bit frustrated after the last practice so we looked into it a lot, worked really hard and managed to put it together in this session. We’ve only had one pole this year, in the wet, so it’s nice to show that we have good pace in the dry as well.

“Taupo is the hardest track on tyres, it requires a different technique. Normally in qualifying you get quick towards the end of the session, but here it’s the first two laps when the tyres are at their best, then they drop off.”

Australian Calan Williams was fastest up to the halfway point of the session but it was only in the last seven minutes of the 15 minute session that qualifying really came alive.

Parker Locke for the USA went fastest with seven minutes to go as the first driver to complete a flying lap on new tyres before Armstrong bagged a very strong lap that was over a second quicker than anyone else at that point. Belgian Esteban Muth quickly narrowed the gap to six tenths and went second before Lawson beat them both to go top – but only by seven hundredths.

With Lawson and Armstrong settled as first and second, changed every few seconds behind them. Cameron Das popped up in third as Muth was nudged down the order with five minutes to go and then the consistent Raoul Hyman clocked a lap just fractions behind them before ousting Muth. Japanese driver Kazuto Kotaka then popped up in the top five as did the third Kiwi, Brendon Leitch. Artem Petrov also bagged a quick lap, the Russian going third, only to be pushed down by Austrian Lucas Auer.

Lawson the put in two quick laps, the first of which was good enough for pole by eight hundredths, his second opening the margin to two tenths. Armstrong then got within a tenth before starting his last flying lap with 40 seconds on the clock. It looked quick too, but traffic at the final chicane ended any hope of toppling Lawson and Marcus aborted the lap and headed to the pits.

So pole position, and the latest round in the absorbing battle between Lawson and Armstrong went to the sixteen year old, who will start from pole position in Saturday morning’s race, which replaces the Teretonga feature race. Armstrong lines up second, with Auer third and Raoul Hyman on the second row. The third row starters are Das and Petrov. Calan Williams seventh, Kotaka eighth, Leitch ninth and Esteban Muth completes the top ten.