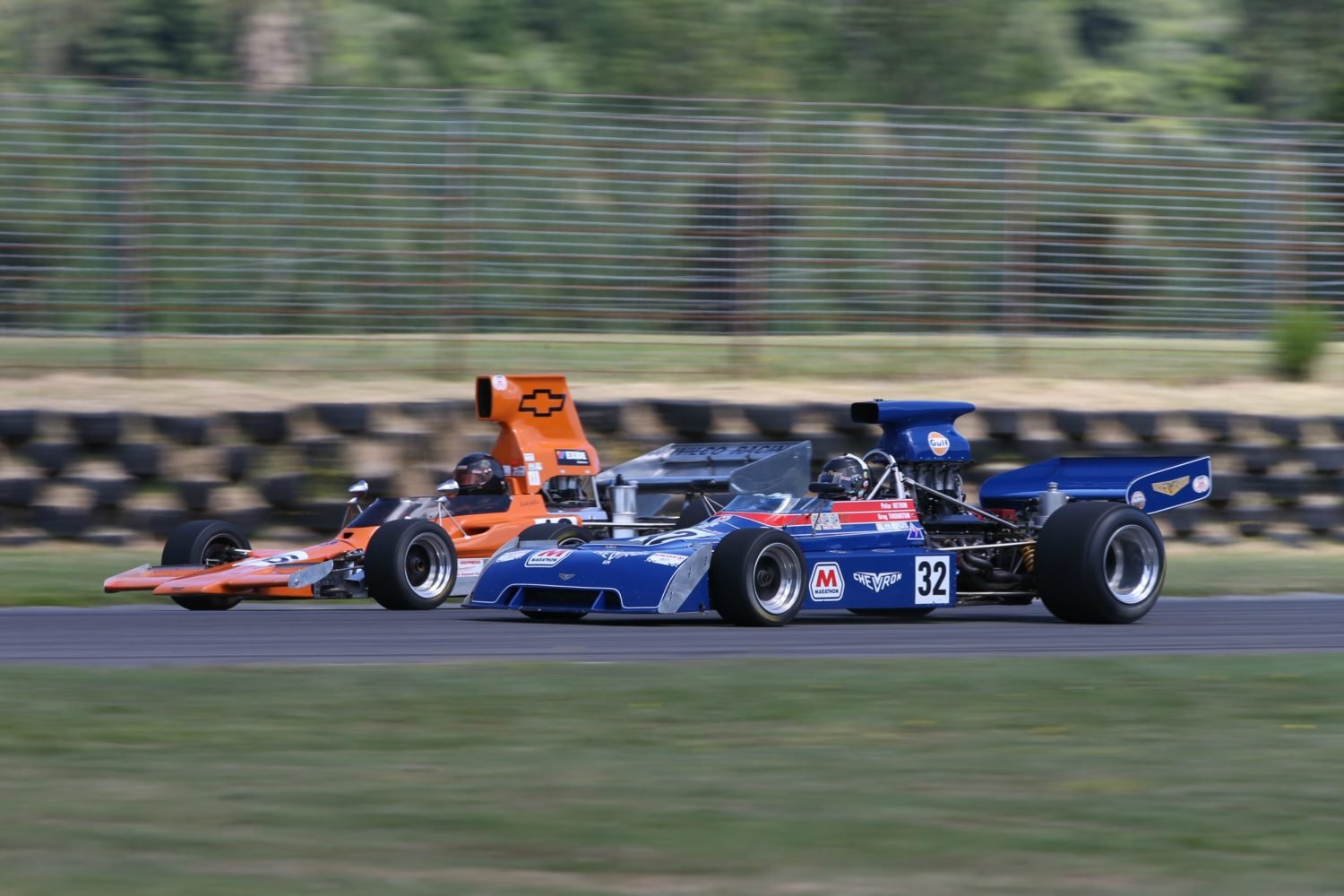 Now well into his 61st consecutive season of national level motor racing in this country, the 77-year-old ‘super-veteran’ reckons it’s about time he reclaimed the outright National circuit track lap record – 59.483 – from current holder, and fellow F5000 ace, Michael Lyons from the UK.

“There’s definitely a 58 in the 332,” he said at the second round of the SAS Autoparts MSC series at Taupo last weekend. “It’s not going to set itself though, I’m going to have to go out and find it. That’s why I haven’t put on a new set of tyres this weekend. I’ve been saving them for Hampton Downs.”

Judging by the pace at the Taupo Historic GP meeting last weekend Smith might not be the only driver lapping under the magic minute mark at Hampton Downs this weekend either.

In the feature race on Sunday the wily veteran had at least four fellow competitors snapping at his heels.

Earlier in the weekend it had been category young gun, Michael Collins from Christchurch, driving the ex-Evan Noyes’s #94 McRae GM1 he and his family recently bought off McRae aficionado Alistair Hey, who had provided Smith with his sternest challenge.

However, former South Island Formula Ford title-holder Collins, 22, found himself struggling for grip in the feature race on Sunday, fading to fourth.

Fresh from a Xmas/New Year racing trip to Zimbabwe, retired former charter jet pilot and company owner Thornton set the quickest lap of the race in the eight lap GP preliminary race on Sunday morning, then caught, passed and briefly led Smith in the feature in the afternoon.

Smith prevailed, but the sight and sound of four F5000 cars lapping within mm of each other for 10 laps certainly augurs well for their support class slot at Hampton Downs this weekend.

For a number of – unconnected – reasons the number of cars contesting the SAS Autoparts MSCs series is down a little this season though the racing throughout the field has, conversely, been some of the best ever produced by the category.

Add in the ex Jon Woodner #29 McRae GM1 of former SAS Autoparts MSC series runner-up Aaron Burson (who missed Sunday’s racing at Taupo with a stomach bug) and category and series stalwart Tony Roberts ‘new’ Class A (for early F5000 cars) McLaren M10B, the ex David Good British Hill Climb Championship #7 car first owned here by  David Mitchell, and you have a field which could hardly better represent the category that – perhaps more than any other, Kiwi motor racing fans think of as their own.