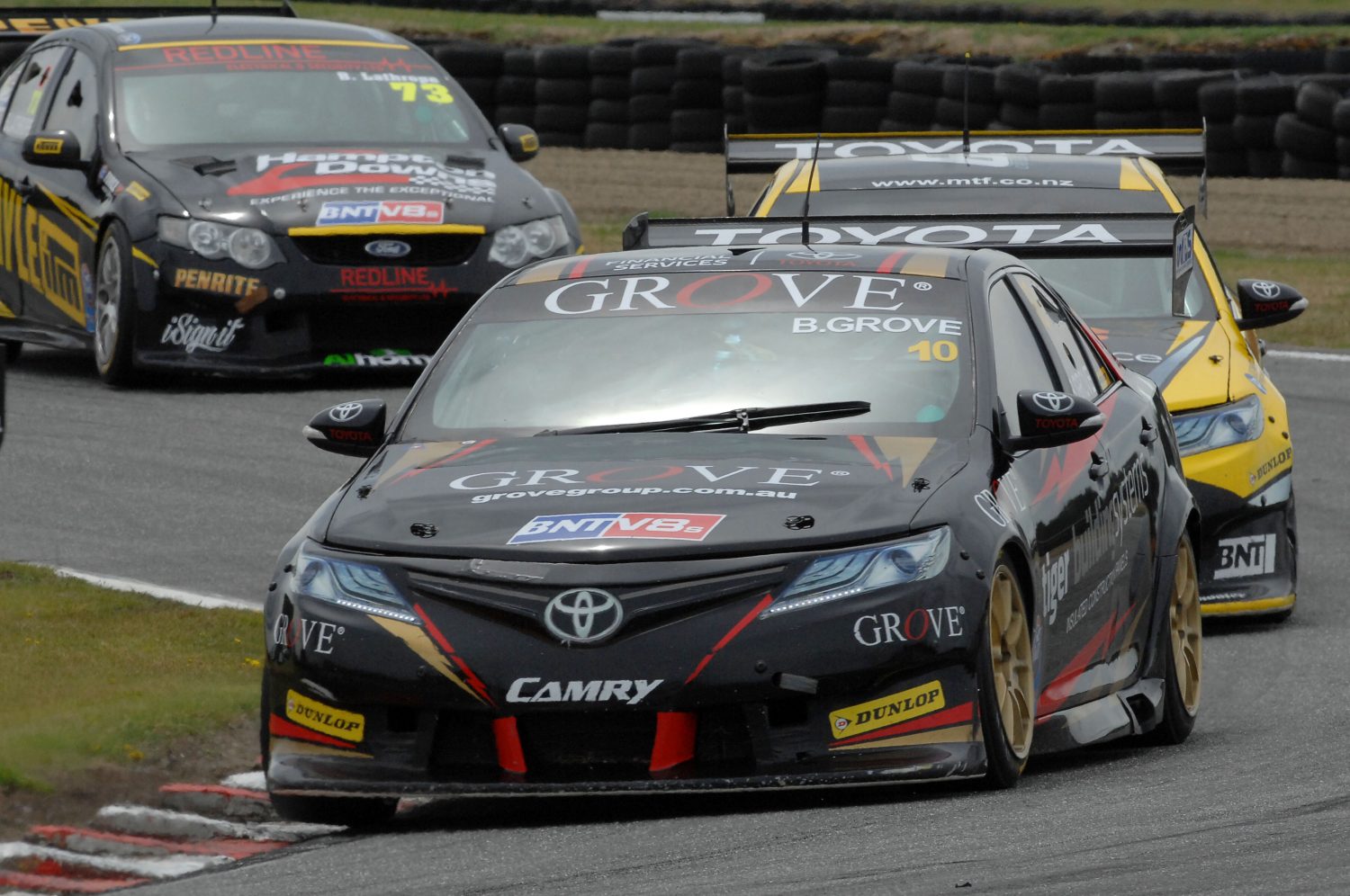 Australian driver Brenton Grove has taken overall victory at Round 4 of the BNT V8s Championship held at Teretonga this weekend.

Grove, driving for Richards Team Motorsport notched up three second placing’s across the weekend, which gave him enough points to come out on top as the overall winner. Nick Ross finished second overall, while Grove’s teammate Chelsea Herbert finished third.

The second race of the weekend held this morning was won by championship leader Jack Smith, who lead home Grove and Ross. While in Class Two, Matt Podjursky took a convincing win.

The final race of the weekend held this afternoon was won by Nick Ross after a fierce battle with Smith who struck trouble. Half way through the 20-lap encounter Smith suffered problems when a suspension component on the front right corner of his Holden Commodore failed while battling with Ross. Smith limped to the pits, where he stayed for the rest of the race; while Ross continued on to eventually take the win.

Ross was followed to the line by Grove and Chelsea Herbert, who clinched her first race podium of the season. For Grove, who is in his rookie season of the BNT V8s Championship, it was a pleasing finish to the weekend, despite not claiming a race win. “That last race was really cool, to get five cars, side by side, winning the round is awesome. We’re definitely making progress with the car and hopefully we can keep bridging that gap to the guys in the front,” said Grove.

“We’ve had some bad luck this season. I think that based on raw speed, Jack’s car is still a fair way up the road, but as we saw this weekend, if he has a bad race, we can definitely fight with everyone else.”

“We came here with the intention of a clean sweep and we’ve done it. It wasn’t easy, in the second race of the weekend we broke a front sway bar arm, so we’ve had to work for it a little bit.”

“Three from three, you can’t complain. Coming out of Highlands last weekend, I honestly didn’t think we’d be racing this round. We had a lot of things we needed to repair on the car. It was by sheer luck we found a gearbox and managed to get it down here and get it into the car.”